A game according to western rules frustrates Macedonia, already sufficiently frustrated by having to meet the strict requirements for its EU accession procedure without international and, above all, regional reputation. The Macedonians are basically denied everything that constitutes a conventional nation-state: religion (from the Serbian Orthodox Church), language (from the Bulgarians), territorial unit (from the Albanian side), history and even the name (from Greece) !

It follows not only that the identification with the nation-state narratives excludes many citizens of Macedonia, including Albanians, Turks and Roma, but that it does not even seem to fully convince the Slavic Macedonians. The strongest identity consists in not consciously expressing one's own identity and in wanting to assert it against other identities. The weakest identity is the one that arises from identity crises that arise from disputes (e.g. country and name disputes).

It is never too late to turn the Macedonian into a multinational, geographical identity, as was the case with the generous and contemporary proposals for renaming “North Macedonia” or “Upper Macedonia” that were accepted by Greece. The Macedonian culture is and never was a culture of distance, but a transitional culture - as we have seen, it has recently been a culture in the process of expansion. No matter how much you expand there, the question of recognition by your neighbors will not be resolved so quickly, on the contrary: a belated nation-building on the Western European model can only reinforce the feeling that Macedonia is a regressive, hostile and embittered, insignificant one Country that claims to be the “cradle of civilization” (in fact, all those entering the country receive this short message in English), as well as being unattractive because mostly known through negative (conflicts) or grotesque things (Skopje 2014). But why does lived reality tell a different story, for once that of a beautiful Macedonia? 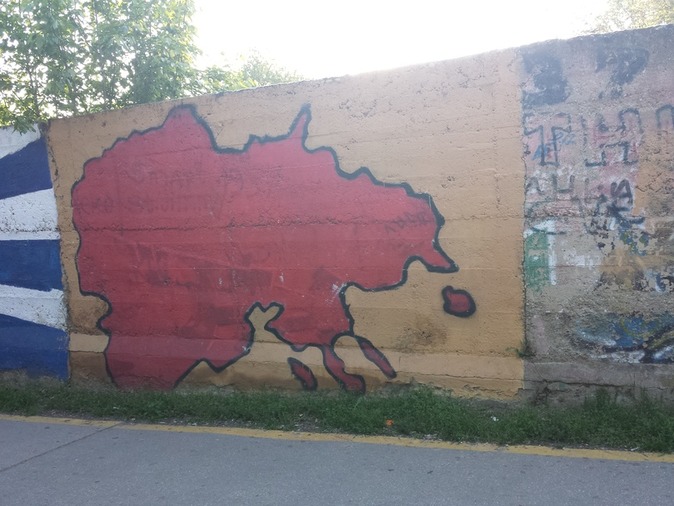