How to plant watercress seeds

The Real watercress bears the botanical name Nasturtium officinale. Since it likes moisture, this plant is often used as a pond plant. In nature, the watercress grows mainly on streams or other damp places. However, since it needs clean water, this plant is rarely found in nature as a wild plant in the course of environmental pollution. 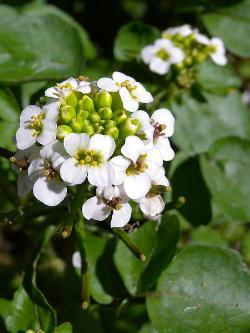 Nasturtium officinale is an evergreen marsh and water plant, the stems of which can be up to ninety centimeters long. The herb blooms with white flowers from late May to July. The nectar contained in the sepals of the flowers is only accessible to bees and butterflies. If the weather is too bad, the plant will pollinate itself in closed flowers.

Since watercress is rich in vitamin C, it is also used in the kitchen as a healthy herb for soups and salads.

Watercress can be confused with bitter foam herb, but this plant is also non-toxic, so there is no danger of confusing it. In the vernacular, watercress is also called watercress, watercress, bitter herb, bitter cress or water mustard.

Nasturtium x officinalis is the red watercress, which has a more spicy taste. Its leaves are burgundy in color.

There is still the variety Nasturtium microphyllum, a small-leaved cress that is already one of the endangered plants in many federal states. Since this species has few advantages compared to real watercress, the small-leaved watercress is not cultivated.

The main constituent of watercress is water and it contains small amounts of carbohydrates, fat and protein.

Watercress cultivation in the garden 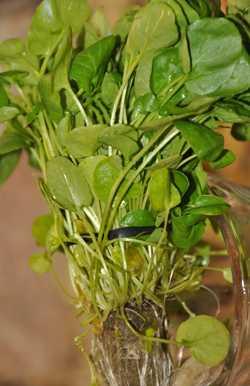 Since watercress needs a very moist location and naturally grows along streams, cultivation in a garden bed without a water inlet and outlet is associated with somewhat elaborate preparation. But there is also a very simple variant for growing in the garden.

Watercress is often planted by hobby gardeners in or around the garden pond. If you want to grow the watercress in the garden pond, you put the plants in a mesh basket. The basket should be placed no more than six inches deep in the water. A weed fleece is placed in the basket, the earth on top and a few pebbles on top. So the earth stays in the basket and is not washed into the water.

Another possibility is to create a trench with a water inlet and outlet. The trench should be about two meters wide and about fifty centimeters deep. Since the watercress prefers fresh and slowly flowing water, a gradient is built in.

If you want to create a bed that does not have an inflow or outflow of fresh water, you dig a hole thirty centimeters deep, two meters long and two meters wide. A wall is built around this hole from the excavated earth. So that the earth wall does not slip, it is fastened with bricks. Loose bricks are laid on the bottom of the hole, which are not bonded with cement or mortar. Because of these bricks, irrigation water can slowly seep away. Three centimeters of fine sand is poured onto the stones. This is followed by three centimeters high crumbly garden soil. Finally, a four-centimeter-high layer of compost is spread over the garden soil, which has been sieved beforehand.

The easiest way to grow in the garden is to use a waterproof planter. This container is buried in the ground, whereby the water in this container should be about one centimeter above the ground. The water must be changed once a week.

Care of the watercress

Location: The watercress needs a sunny to partially shaded location. The herb does not like blazing sun.

Substrate: The substrate depends on the location:

It is essential to keep the soil moist. It is therefore advisable to install a water inlet and outlet. In addition, the water must always be clean and fresh.

Fertilize: Watercress is not fertilized. Only in the case of cultivation in a garden bed without water inlet and outlet should compost be mixed in.

If the watercress was laid out in a bed, low earth walls that are covered with foil or fleece help.

When cultivating in a plant container, the container should be left indoors for the winter 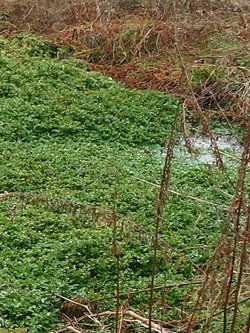 Some pests are literally attracted to watercress. Nudibranchs are particularly fond of this herb. The only thing that helps here is to check it every day and collect the snails. Slug pellets would kill these pests, but then the watercress is no longer suitable for consumption.

Aphids don't stop at watercress either. A tried and tested method by hobby gardeners is a mixture of one liter of water, one tablespoon of alcohol and fifteen milliliters of soft soap. The herb is sprayed with this mixture.

Downy mildew occurs when there is watercress in stagnant water. This fungus can be recognized by a white coating on the underside of the leaves. If the herb is infected with downy mildew, it is no longer suitable for consumption.

The propagation of watercress is relatively simple and can be done by sowing or cuttings. The advantage of propagating cuttings lies in the inheritance of the properties: the plants are all identical. This is not necessarily the case with sowing.

Watercress is preferred because sowing the seeds directly in the field would give birds a popular delicacy. There wouldn't be much left of the seeds.

Sowing takes place from February to April. A mixture of sand and compost, which should already have rotted well, is filled into a watertight growing container. Since watercress is a light germinator, the seeds are only lightly pressed into the earth. The container is covered with a foil or a glass and placed in a warm and bright place. The first seedlings appear after seven to twenty days. When these are around five centimeters high, the plants are pricked out and the weaker seedlings removed. For the further development of the young plants it is important that they are permanently in water, whereby the water depth should be one centimeter. In May, the young plants can then be planted outdoors.

For propagation with cuttings, the shoots are broken off at a root branch. Now you fill a waterproof planter with a mixture of compost and sand. The shoots are put into this mixture so that half of the shoot is in the substrate. For rapid root formation, the substrate must be constantly covered with water. The water level should be one centimeter high.

Watercress in a pot / bucket

A plastic pot is chosen for cultivation in a pot, because the moisture is retained in it better than in a pot made of terracotta. Coarse gravel or potsherds are placed on the bottom of the pot. A mixture of garden soil, a bit of compost and coarse sand can be used as a substrate.

The pot should get a partially shaded place that does not shine on the blazing sun. The watercress also feels good on the windowsill in the kitchen, as long as it is not exposed to the blazing sun.

Fresh water is used for watering and the water should also be changed every other day. The watercress must therefore always be kept moist.

Watercress is not an herb that is infested with pests or diseases. Mold can only develop if the seeds are sown too densely or if too much has been poured.

The right pruning of watercress

Basically, watercress only needs to be cut for harvest. However, the herb will grow better if you cut off all of the flowers after they have bloomed. This promotes new growth.

The harvest can begin when the plants have reached a height of about ten centimeters. To do this, you cut the herb close to the ground.

Watercress is one of the herbs that should be consumed fresh. When dried, the herb loses its spicy aroma and the taste is more similar to hay. If you freeze watercress, it becomes very mushy when thawed and looks unsavory. The most you could do is make a pesto and keep it in the refrigerator.

Watercress use in the kitchen

The taste of watercress is spicy and is therefore often used to season salads and herb sauces. You could compare the taste to that of radish. So that the heat does not come through too much, the finely chopped watercress should be seasoned sparingly.

The fresh cabbage can also be used to flavor spreads, hearty quark dishes and potato dishes.

A tea made from watercress is said to help with colds, constipation, loss of appetite and gallstones. To do this, 250ml of boiling water are poured over two grams of the herb. After ten minutes, the tea is strained. A maximum of three cups of tea should be drunk per day. 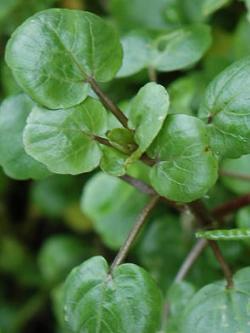 Watercress as a medicinal herb

Watercress is particularly effective for respiratory and digestive problems. The herb is also said to help with blemished skin, eczema, acne, rheumatism, anemia, stomach cramps and metabolic problems. In addition, watercress has an appetizing effect.

The tea described above is prepared and drunk to alleviate these complaints.

Watercress as a medicinal plant

You can find recipes with watercress as a medicinal plant here: 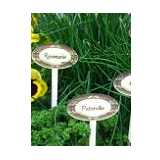 You can find a good selection of cress varieties here on Amazon:

Book tip: Herbs in the kitchen and garden