How corrupt is President Muhammadu Buhari

The northern Nigerian metropolis of Kano in early 2015. Tens of thousands of Nigerians are on the streets, holding posters of Muhammadu Buhari and brooms - the symbol of his party. The euphoria is palpable. Buhari wants to clean up the highly corrupt country. During the election campaign in Kano, he promised his supporters, who crowd almost to death to take a look at Buhari. He is a politician who is not considered corrupt even by his political opponents. This is a sensation in Nigeria. When he arrives at the palace of the emir - the Muslim head of the region - thousands of people storm the grounds. Buhari doesn't get out of his car because too many people are crowding around it. He has to turn around again.

At that time, Buhari was almost venerated as a saint by parts of the population. But meanwhile disillusionment has set in. He had three key campaign promises - the results are modest.

The former general wanted to improve the security situation. But while the fight against the Islamist terrorist group Boko Haram in northeast Nigeria initially made considerable progress, new conflicts boiled up in many other corners: clashes between farmers and cattle herders in the center of the country, kidnappings and violence in the state of Kaduna, criminal gangs in the north-western state of Zamfara . Buhari almost always only reacted when there were three-digit numbers of victims. After all, the situation in the Niger Delta remains relatively calm. But only because, contrary to previous promises, Buhari's government continues to pay militants to keep quiet. 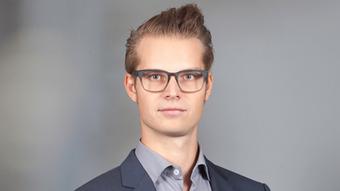 And in the northeast? The situation there has deteriorated dramatically again: 60,000 people had to flee their homes in the past three months. The town of Rann, which was falsely bombed by the air force during Buhari's tenure, has been deserted after another Boko Haram attack, and thousands of residents fled to neighboring Cameroon.

How can something like this happen repeatedly? Why is the military not getting the situation under control despite the billions in budget? Instead of creating peace, in 2018 soldiers again fired at dozens of unarmed Shiites at the gates of the capital, escalating the situation until the next crisis. And, as always during Buhari's term of office, without consequences: the military starts its own investigations - with no real results, at most with a pawn sacrifice. The President is silent.

His second topic: the fight against unemployment. Since the president came to power, unemployment has risen from 8.2 to 23.1 percent. Anyone who speaks to Nigerians in the economic metropolis of Lagos has to look for a long time to find someone who leaves a good hair on the president. Buhari cannot be blamed for taking over from his predecessor a ransacked treasury and an oil-dependent economy that was down due to the low oil price. His election promise was good and important: to finally diversify the economy, to strengthen local production.

But his political approaches backfired. The import ban on tomato paste, for example, led not so much to a booming tomato production, but rather to the fact that there are hardly any tomatoes left in Nigerian tomato paste. Economic experts and business people rightly look confused or shocked when Buhari pats himself on the shoulder again because of his economic merits.

After all, he is pushing ahead with the important fight against corruption, his third promise. But the system is so corrupt that it is moving slowly. As with all of his campaign promises, one notices: Buhari wants to control and fix everything himself - but he cannot. He is 76 years old and received medical treatment abroad for months during his tenure. But the problems in Africa's most populous country do not wait. They keep getting bigger.

When Buhari went to the microphone for his speech during the election campaign at his so-called mega rally in the 20 million metropolis of Lagos, only 5,000 people were standing in front of the stage and heard a simple message in three minutes' speaking time: Vote me again so that I mean Can fulfill election promises of 2015.

Actually, everything speaks for a crushing election defeat for Buhari. The fact that the electoral authority postponed the polls for a week just a few hours before the polling stations opened last Saturday brought additional criticism to the government. But Buhari is likely to stay in office for two reasons: First, the president has unconditionally loyal supporters in the densely populated north of Nigeria. Second, many Nigerians don't see a better alternative. The strongest opposition party is the People's Democratic Party, the PDP. The party that has hardly made any progress in Nigeria in 16 years of government. Your candidate Atiku Abubakar is 72, a former vice-president and a customs officer who started a logistics company and suddenly became extremely rich. He was never convicted by Nigeria's corrupt courts - but hardly any Nigerian believes he has a clean slate. A credible vision for the future of Nigeria: Nothing.

Even so, there will be a head-to-head race between Buhari and Atiku. One hears again and again these days in Nigeria: We have to choose the lesser evil. But that's not entirely true. There are nearly 70 other candidates for president. The list includes a few bright minds who are not part of the elite that has run down the country for years. You deserve more attention - and a chance to rule the country.