Somebody write poems about Scifi here

Science fiction, turned inside out

You weigh the log in your hand a little incredulously. Dietmar Dath, the one with Neptunation has delivered a novel of 700 pages, adds 1,000 pages of genre history - an impressive undertaking in every respect. And it's not from just anyone - Dath has published numerous books since 1995, many of which are science fiction. What lines does someone who is involved in literary practice and who is also well read, draw when looking back on over a hundred years of genre history?

If one were to reduce the book to a few names - which would be unfair, but which should nevertheless be done here - Dath's main actors could be summarized as follows: Mary Shelley as ancestor, Verne, Wells and Laßwitz for the preliminary phase, Gernsback, Campbell and Hamilton for the founding years, then Asimov (in the shop), Clarke (in the shop), Heinlein (in the shop) and Jefremow for the classic, in which fundamental elements - such as "Future History" and "Worldbuilding" - crystallized. The next step then belongs to the “New Wave”, that loose association of progressive authors around Michael Moorcock and Harlan Ellison (in the shop) who concentrated on a solidarity between genre, experiment and modern literature. Here you will find J. G. Ballard, Samuel R. Delany, Thomas M. Disch and - historically not entirely correct, but fitting in terms of content - Philip K. Dick, to whom separate sub-chapters are dedicated. Dath correctly recognizes the immense popularity of Starwars (in the shop) any literary ambition is relativized with the traditional storylines. A confusing field emerges as its main constants surprisingly the feminist Joanna Russ - "an author of extraordinary intellectual honesty" - and the hard SF author Greg Egan (in the shop) - for Dath the most important living science fiction creator of all - be made out, flanked by William Gibson, James Tiptree, Jr., Ted Chiang and Cixin Liu (in the shop). But that is just the scaffolding on which Dath hangs numerous individual observations, anecdotes and reflections. 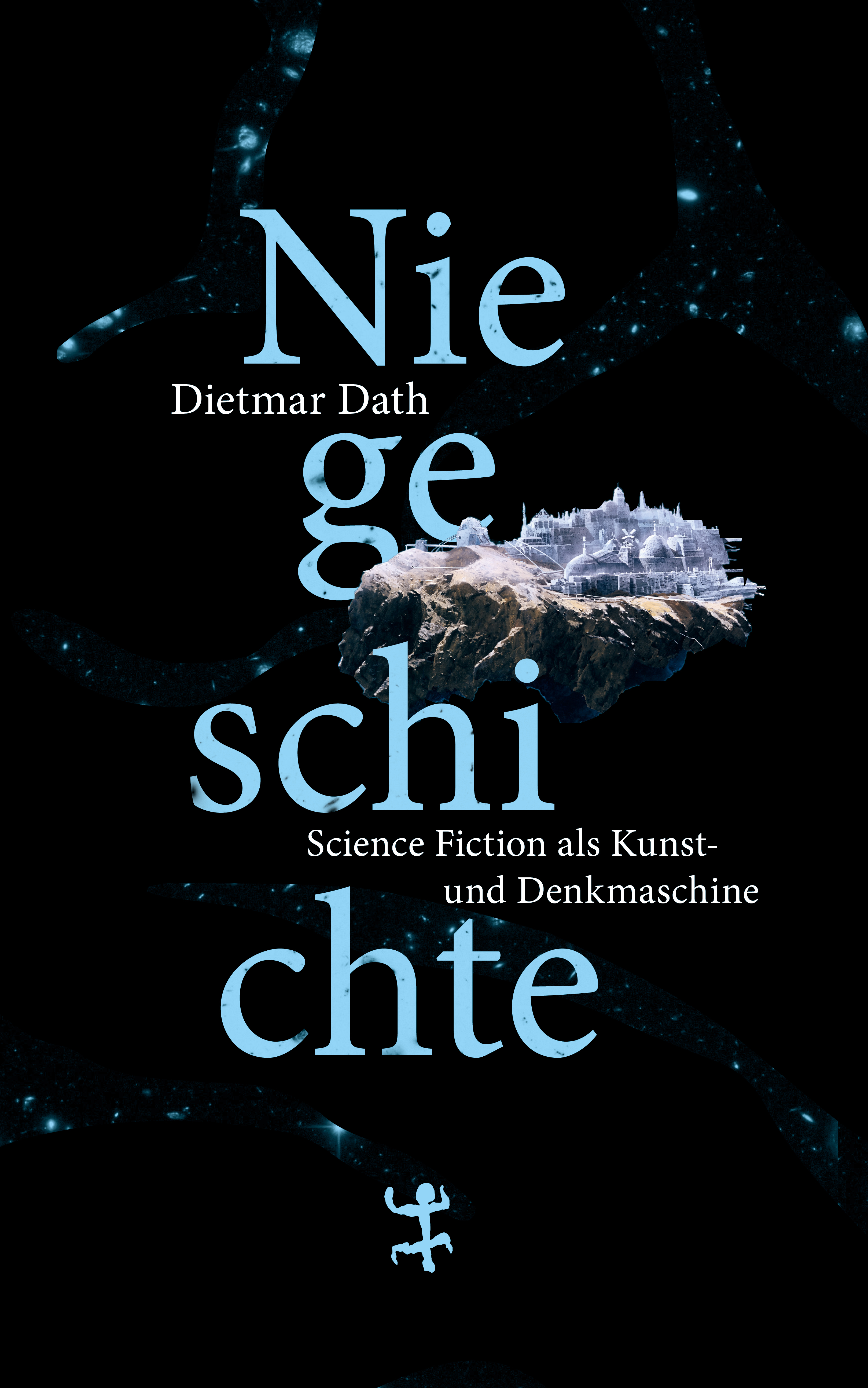 Of course, it is easy to criticize this choice. Ballard only gets two book pages, while Disch's portrayal is limited to his poems - and his sarcastic masterpieces like Camp Concentration (1968) and 334 (1972; Ger. Angoulême) be left out. Delany is based on Dhalgren (1975), but so cryptic that you don't take much with you besides shrugging your shoulders. Other authors are hit even harder: John Brunner only receives incidental attention, which is why his great dystopias Stand on Zanzibar (1968; Ger. Morning world, in the shop) and The Sheep Look Up (1972; Ger. Sheep look up, in the shop) do not occur, to Iain M. Banks (in the shop) - certainly a kindred spirit of Daths - it says succinctly: "Towering outstanding", but there is no explanation. A. E. van Vogt is mentioned in a similar way (in the shop), but it remains just a name, although it was of great importance for P. K. Dick, for example.

Places like this make one thing clear: The Never story may deal with science fiction, but it is more than that. As a radically subjective work that is not bound to any balance, the book is also about its author, who is constantly present as a writing self. For example, by showing his own relationship to the science fistion - an early experience was the discovery of the Ellison story "Jeffty is five" (in the shop) - or tracing a discussion with friends. The prose author of can also be found here, of course Neptunation and other books again. And Dath is also completely to himself when it comes to the book's third major theme, the Marxist aesthetic, to which he expressly professes. This will be good news for like-minded people, everyone else can at least take suggestions from the detailed explanations - provided that these are understandable due to the excessive use of foreign words, behind which Dath basically likes to hide. Alternatively, it is of course still possible to look at literary works themselves and to understand them based on their own laws.

Dath has subtitled his book with “Science Fiction as an Art and Thinking Machine”: “Firstly, you can science fiction as art enjoyand, secondly, one can do things and relationships thinkthat would have to go unthought without them. ”He is clearly interested in the second aspect. For Dath, SF is a catapult of ideas that hurls numerous fascinating ideas into space at high speed. The aesthetic aspect, on the other hand, tends to be of secondary importance, which perhaps explains why Cordwainer Smith (in the shop), one of the greatest stylists of the genre, is only mentioned in passing in the book and Ray Bradbury appears, but not with his dreamy main work The Martian Chronicles (1950; Ger. The Mars Chronicles). A stubborn eccentric like R. A. Lafferty, who could hardly be incorporated with Marxist instruments, falls completely under the table with Dath to be on the safe side.

Despite all the criticism, the Never story - the history of stories that tell what never happened - remarkable. What the book basically does is to locate the genre in the cultural canon of the 20th and 21st centuries. Here Dath clearly thinks outside the box when he refers to the playful strategies of the French group of authors Oulipo, mentions the role of W. S. Burroughs or integrates characters like Joseph Beuys, the surrealist filmmaker Maya Deren or the poet Paul Valéry. (The tightly printed register of persons is twelve pages long.) There is no science fiction overview that draws so heavily on art and culture beyond the genre as this one, and for that alone one can be thanked to Dath. In this way, he conveys no fewer ideas than the books he deals with.

In addition, the Never story the attempt to find the little-cataloged science fiction collection based on Gibson's classic Neuromancer (1984) to sort through. It remains to be seen whether the priorities expressed here will hold, but the project is as important as it is overdue. Ultimately, the emphasized subjectivity that the book displays has the advantage that the volume can be viewed as incomplete despite its size; as a "work in progress" in which the blind spots like a blog may one day be filled. Whether this will happen remains an open question - but the perspective alone is attractive.