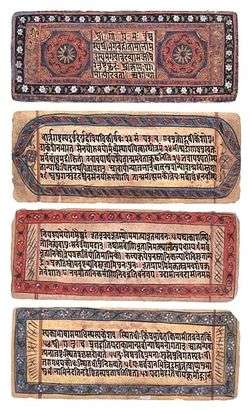 Transcription of a lecture video (2014) by Sukadev about Gita Jayanti

In the Sivananda Ashram Rishikesh, Gita Jayanti is celebrated by reciting the full Bhagavad Gita that day, that is, all eighteen chapters, so a whole lot. This takes about two and a half to three hours. It's relatively quick, I was there once and I even know some in the Sivananda Ashram Rishikesh who can recite the Bhagavad Gita in full without looking in a text book. And there were about a dozen of the swamis who read one verse after the other without interruption and thus read the full Bhagavad Gita. Also with Yoga Vidya we have already had it a few times that we have read the complete Bhagavad Gita in one piece, but we have not yet done that on Gita Jayanti, but more between Christmas and New Year or on New Year's Day, so that to greet the new year with the wisdom of the Bhagavad Gita. For us it typically takes four to five hours or sometimes a little shorter, the last time it was faster, maybe three hours, the first time it took four to five hours. So, Gita Jayanti, the birthday of the Bhagavad Gita or the birthday celebration of the Bhagavad Gita, a day, mostly lying at the beginning of December, counted according to the lunar months, a day when you can especially recite the Bhagavad or read at least a few verses from it . By the way, you can also find the date for Gita Jayanti on our website. You can go to www.yoga-vidya.de and then enter "spiritual calendar" in the search field above. And then you will also find the exact date, this year or next year, when Bhagavad Gita Jayanti will be. Or if you want to know more about Gita Jayanti himself, then enter "Gita Jayanti" in the search field and you will find even more information about this important holiday, the birthday of the Bhagavad Gita, Gita Jayanti.

May 28, 2021 - May 30, 2021 - Asanas in the spirit of Sanskrit
During these hours you hold the asanas a little longer than (possibly) used and enjoy Sanskrit affirmations that I get from the yoga sutras by Patanjali and Vedantic texts by Adi Shankara ...
05/30/2021 - 06/04/2021 - Vedanta Meditation Course Leader Training
Vedanta meditations aim to question the identification with one's person, to focus attention on the self and to develop clear spiritual instruments. We treat ...