Do you prefer fan fiction or fan art

From Cringeworthy to Bingeworthy: Fanfiction and what happened afterwards

The Internet is full of surprises, such as a new topic that you suddenly become enthusiastic about and cannot get enough of. Nowadays anyone can publish works about their current obsession and become part of a community. As with Alice in Wonderland, a little rabbit, which in our example stands for a post about something new, is enough to lure curious users deep into the parallel worlds of different fan cultures. We check which worlds you can dive into as a curious fan in order to improve your creative skills and get to know like-minded people.

Endless reading - with no shipping fees

Alice in Wonderland is also a great example of what happens when a popular work serves as inspiration to its creative fans. Countless texts were based on the classic by Lewis Carroll, portraits of the characters were painted. A hundred years later, films keep reinventing history. With Alice in Wonderland you can see how more and more content can sprout from a source text, as long as a creative fandom is behind it.

The core of a fandom are super fans who remain enthusiastic for many years or those who only join in because of a trend and jump off the hype train at the next stop.

Like when everyone mutated into Pokémon fans in 2016 so that they could catch a Charmander in Vienna's Stadtpark, only to let the same thing down after the Pokémon Go-Craze, just like the Nintendogs, who haven't been for walks since 2007 ( RIP Fluffy).

If you want more content on your favorite topic, you will find it on the Internet. Very popular: fan fiction. Well-known characters and universes by amateur authors are incorporated into new stories in which the imagination knows no bounds.

Fanfiction probably started in the 1960s. The sci-fi series “Star Trek” caused such hype that magazines were published (yes, made of paper). There you could send in your own stories (yes, as a letter), which could then be read by others in the next edition of the “Fanzine”.

Only through the internet could geek culture reach its “final form”. One finally found others who shared their own interests via the flickering tube screens. That was the beginning of the “fansites”. From Elvis Presley music fan sites to Harry Potter fanfiction (read at your own risk!) There was something for everyone.

These small forums were often run by just one person and were therefore only as long-lasting as the interest of the admin. In the long term, more general sites such as Wattpad or fanfiktion.de have proven themselves, on which you can find virtually all kinds of fan content and write it down yourself.

Wherever many people fantasize with a lot ... let's call it ... passion ... about their fictional or real favorite people, there are of course certain excesses. This ranges from often harmless “shipping” stories, in which two characters come together who actually do not have a romantic relationship in the Canon, to very explicit content with a high cringe factor.

From “Art” to “Degeneration” - The Eye stant With

Not one of the big words, but a gifted artist? Platforms like Deviant Art have the same facets as fanfiction ... just in the form of images. Thus, "some things can't be unseen" also applies here. From terrible NSFW illustrations of what some creeps would like to do with various Sonic the Hedgehog figures (nope, we deliberately do not link this here) to photo-realistic portraits of the favorite star, everything is really represented.

In addition, many artists are happy to receive beautiful drawings that fans send them. Like the rapper Alligatoah who illustrated a music video exclusively with fan art.

Turn yourself into your favorite character? Cosplay makes it possible.

If you prefer to use your own body as a canvas, you can become your favorite character yourself. Cosplay is the name of the art of depicting a fictional person using make-up and outfits. It enables you to somehow immerse yourself in the world of the character for a while and to breathe some life into a fictional person. 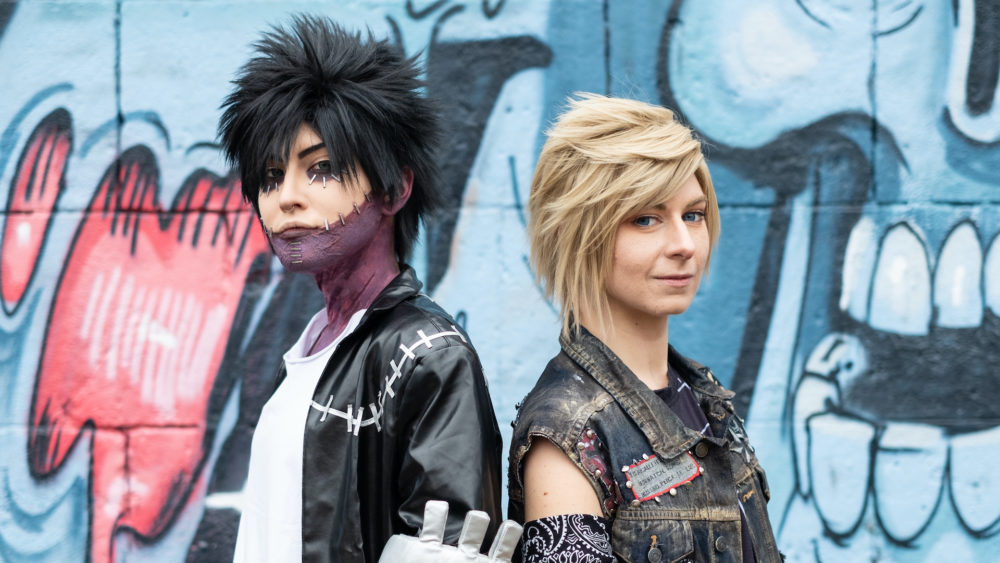 No patience to draw, no desire to transform yourself, but a lot of humor left? The great thing about memes is that pretty much anyone can do them in minutes. This gives fans the opportunity to exchange insider jokes. Of course, it also ranges from small communities like @ memes.harrystyles to sites like bts_memes on Instagram, whose number of followers roughly corresponds to the population of Malta. By the way, that's almost 500,000, just in case you were wondering.

“It is still loading”: Fan videos through the ages

Video edits are particularly versatile fan content. As video editing software became more accessible, it didn't take long to marvel at the creative video-music compositions on YouTube. The quality ranged from ridiculous piles of pixels, which were clapped together using Windows Movie Maker, to semi-professional productions that could keep up with Hollywood trailers.

Nowadays, many fans prefer TikTok and make it clear how far technology has come. Under the hashtags #Amv and #Fanedit you can be impressed by the editing skills of Gen-Z.

So-called synchros also exist as a kind of crossover between fan fiction and fan video. In German-speaking countries, the numerous Harry Potter parodies by YouTuber "Coldmirror" are particularly well known. She re-set several films to music in the early 2000s (warning: yes, they didn't skimp on offensive humor, but she's just fame in the community). But even if someone defaces their favorite films with vulgar jokes, it's somehow a proof of love ... isn't it?

There are also the famous “dialect parodies” in Austria. Above all: “Vertonet” - here too the humor is pretty “tiaf”. No matter whether Alf, Mac Gyver or Tom Turbo - you can only describe almost all Synchros like this: Nothing for children, but too dumb for sober adults.

Only time for the best of the best? The Internet has to bring together all the highlights on every topic. In video compilations, retro stars like David Bowie are also celebrating a true renaissance. Good thing, because after all, the litness must also be appreciated, for which Gen X was not yet ready. Whether you delight in the way Grimes gossips about vegetables or reviewing the best moments from Sherlock Holmes, it's almost addicting. The dopamine density is unbeatable.

For teen cringe straight to jail?

Sharing fan content is not really legal. Using characters, videos and music that you do not have rights to is problematic. The internet is no longer the Wild West it once was. To a large extent, platforms such as YouTube have found their own rules to deal with the use of copyrighted material. Nevertheless, caution should be exercised when using the intellectual property of others.

"Better do something smart for your future!"

Regardless of the legality of the publication, creating fan content can encourage skills that are increasingly in demand. Many a successful cutter started out with AMVs. Future authors can practice writing with fan fiction. Today's cosplayers may be the make-up artists in tomorrow's theater.

In addition, many fandoms deal with English-language content, which allows you to practice your language skills. And there are numerous other useful skills that we cannot go into here due to lack of space and time. After all, there is a certain fandom waiting for the continuation of a fanfiction we wrote, which we have promised you for far too long ...

So if you feel comfortable in the depths of the rabbit hole and enjoy creativity, you will find a huge selection of communities thanks to the Internet. In exchange with other fans, skills can be improved and maybe even one or the other online friendship can be made. Especially in times when sports clubs and other hobbies no longer exist, this can be a great outlet if handled correctly.

Sarah’s passions are word games, memes and surfing. When she writes, she prefers to devote herself to the little things that are easy to twist and turn until they get interesting. Sarah solves writer's block by deliberately doing nonsense and exercise, mostly in the fresh air with her equally lively dog.

Enter your email address in the small box below to receive your weekly dose of BAM! Receive content that we have specially created for you. This piece of inspiration will be a loud BAM! cause in your head and make you grin. Promised.