What do you think of Oumuamua

‘Oumuamua and Co: How do you examine interstellar visitors?

It was an enigmatic phenomenon that caught attention in 2017: ‘Oumuamua. The celestial object was discovered by the Pan-STARRS telescope in Hawaii. Its orbit and its high speed quickly made it clear that it is not one of those ordinary objects that otherwise rush through our solar system. In other words, asteroids and comets, larger and smaller pieces of rock and ice, which did not become planets when the solar system was formed and which have since moved in a wide variety of orbits around the sun.

No, ‘Oumuamua was the first ever spotted visitor from outside our solar system, a first" messenger from a distant past. " Hence its name, which in Hawaiian means something like "reach first". 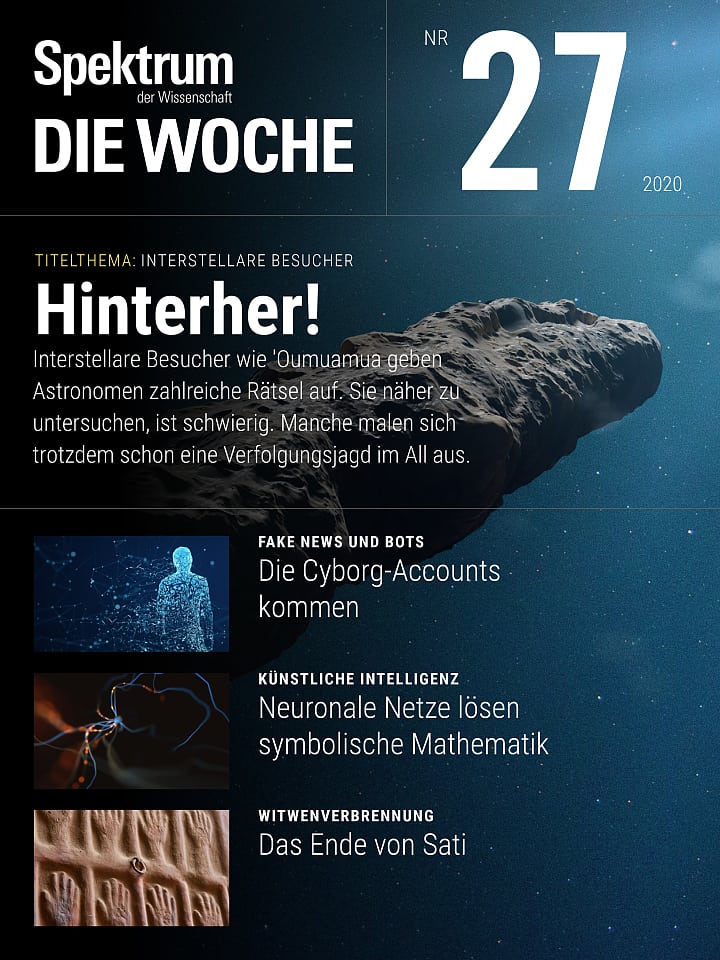 However, the astronomers did not have time for long observation campaigns. Shortly after the object appeared, it disappeared again forever from the telescopic fields of view of us on earth. After all, it was visible long enough to leave some question marks. For example, the celestial body did not show a tail, which is usually the case with comets. This indicates that you are losing mass. Most of all, however, the scientists were fascinated by the non-gravitational acceleration. Because the gravity of the sun alone could not explain the orbit and the speed of this object.

Probably the most speculative and spectacular suggestion came from Shmuel Bialy and Abraham Loeb from Harvard University: Perhaps ‘Oumuamua would have an awning on board. This solar sail would be able to change course due to the radiation pressure of the sunlight. The object could therefore have been built by aliens. In the meantime, however, astronomers are largely certain that ‘Oumuamua was indeed an interstellar, but not an extraterrestrial visitor. But there is still no agreement about where ‘Oumuamua came from and what it was ultimately.

Darryl Seligman, now at the University of Chicago, thinks he has solved the puzzle. In a recently published professional article, he describes that ‘Oumuamua is said to be an iceberg made of frozen hydrogen. According to this, ‘Oumuamua would not have originated in a strange solar system, but in a huge gas and molecular cloud of the kind that will one day become star rooms, the forerunner of a star formation region (free pdf on arxiv.org).

However, Seligman admits: "I don't think that this will be accepted by the entire scientific community as the correct interpretation for‘ Oumuamua. "Only one thing would provide final certainty: You would have to fly over there and look. "Sure, a mission there would be nice," says Seligman.