Food madness - what else can we eat?

Vegan, gluten-free, low-salt, low-carb, low-fat, paleo, lactose-free - my head is buzzing with all the nutrition tips. I just want to know: What else can I eat? What is really right and healthy? Before I scourge myself again out of sheer desperation because I couldn't resist the pasta, I'd rather ask an expert.Uwe Knop is a nutritionist and author of several books on the subjects of nutrition, hunger & lust and culinary body intelligence.

Your new book, “Ernährwahn”, has just been published. Why is this topic so important to you?

In the past 10 years I have critically analyzed well over 1,000 current study results. And if you look at this study situation in nutrition science objectively and free of ideology, then you see: You could also use a glass ball to analyze the data - it would come out the same.

In short: there is no evidence of a healthy diet. And on the basis of this ignorance, people are made insecure and inhibited by nutrition ideologues, functionaries and popes when it comes to the most beautiful main thing in the world - enjoyable food.

With my book I want to give back this security and the pleasure of eating, in which the readers become responsible eaters who know how things are when it comes to nutrition.

What other results did you come to?

Not only is there no evidence of healthy eating - there never will be. Nutritional research will always remain a poke in the fog on a scientifically weak-chested level.

So there is no evidence of healthy eating - why not?

Quite simply: this is due to the system of nutritional studies. In nutritional research, it is not possible to carry out studies of the highest scientific quality that provide reliable evidence, i.e. cause-effect relationships (causalities). Instead, nutritionists have to rely primarily on observational studies that only provide buttery-soft statistical relationships. However, these so-called correlations only allow very vague indications that allow hypotheses, nothing else.

Maybe, maybe not, maybe eating vegan is even more harmful. Nobody knows. The vegans see it that way, of course, but, as with every question in ecotrophology: not a single scientific proof.

Is healthy nutrition or the topic of nutrition overrated in our society?

Nutrition in itself cannot be overrated, because food is the most important thing in life, de facto the most beautiful main thing in the world. Without food you die. However, if everything possible is interpreted into the food, such as salutary elements such as "Our diet is the healthiest", then it becomes pathological.

Vegan, gluten-free, low-salt, low-carb, low-fat, lactose-free - nobody knows what or how to eat anymore. What's your recommendation?

Trust in your body. Listen to his hunger, lust, and satiety signals. Only eat when you are really, physically and biologically hungry and only eat what you like delicious and what you can tolerate well.

What do you think is the greatest “food tale”?

We know: there is not a single proof of healthy eating. But to counter this, people are bombed with rules and recommendations about what and how to eat. The entire public communication on "healthy eating" is the mega fairy tale par excellence.

Why are so many unsecured studies being circulated by the media?

The senders like to spread “revolutionary study results” in the corresponding press releases and turn mosquitoes into elephants. It is therefore suggested that banal correlations (statistical relationships) are causalities (cause-effect relationships). The senders want to pretend “hard science” to the editorial team in order to generate circulation. One can therefore only advise journalists: be extremely careful with nutritional PR!

Recently there was a loud outcry: Meat is carcinogenic! What do you think?

The paranoia that the WHO spread when it came to the sausage and cancer is - what a surprise - not based on hard scientific facts. Here, for example, the media and citizens were deceived with the relative probability to suggest a more dangerous risk - a popular sleight of hand among statisticians. This is one of the reasons why there was criticism from all sides.

Just a few days later, the World Health Police rowed back again: Please don't overinterpret that! Very strange: to date, the WHO has not published the original study, so that no critical scientist has yet been able to put the data through its paces. Keeping the original data under lock and key for so long will have the following reason: one wants to let grass grow over the matter in the hope that after the secret publication of the study nobody will be interested anymore because the memory of the PR disaster is already like that a long time ago. 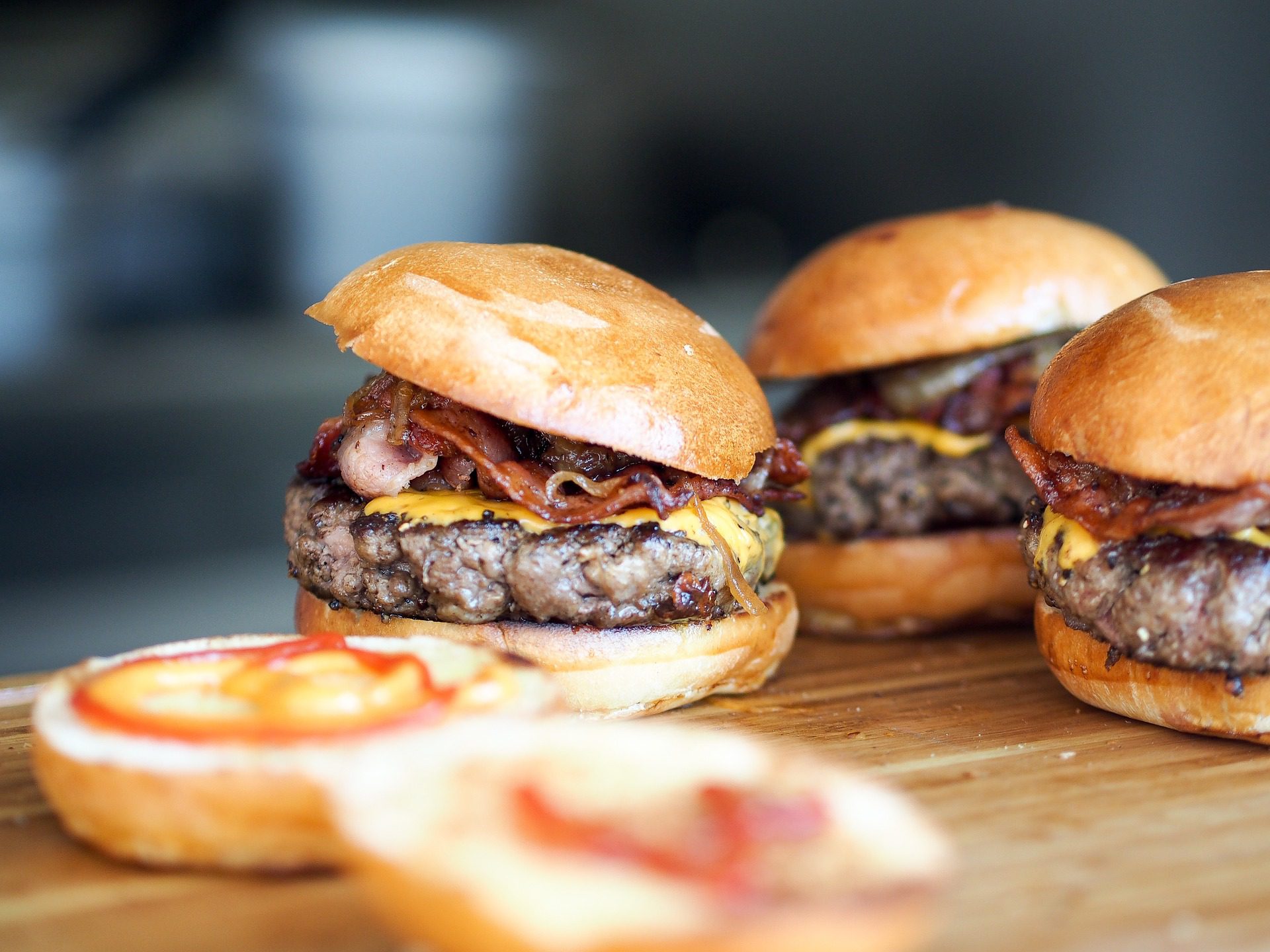 Is the BMI the actual measure we should use as a guide?

Definitely, but only if you are overweight. From a purely statistical point of view, people who are overweight with BMI live the longest. Otherwise the BMI is no good.

Numerous factors are responsible for the weight, always individual and have several causes. Genes play the first violin in the Kilos concert. It is estimated that our genome is responsible for 70-80% of body weight.

What is “Culinary Body Intelligence”?

I invented the term freely to describe our body's “food memory”. Everything that you eat and drink in your life is analyzed by our body - it digests it and breaks it down into the smallest elements. And he has to remember this information provided by the food.

We have two brains for this: the head brain and the enteric nervous system, also called the intestinal brain, which are in constant dialogue. All the stored knowledge about all the food that you have eaten over your entire life results in your personal and thus unique “culinary body intelligence”.

They don't believe in diets. What are the best tips if you want to reduce your weight in a healthy and long-term way?

There are no generally applicable all-inclusive tips - it would be dubious to give them. It's always a purely individual story.

How can we learn to listen to our body signals again?

Simply exhaust your hunger and you will know how it feels again. And if you know him, listen to him.

Many eat out of boredom, frustration, loneliness or stress, so other factors also play an important role here. Do we need to take a different approach when it comes to nutrition?

You should. Because if you compensate for psychological problems with food, you are abusing nutrition.

Are there really “superfoods” - or is that pure moneymaking?

Short and painless: there are no superfoods. This is a pure, fictitious marketing term to sell exotic fruits or seeds, which are often still relatively unknown in this country, completely overpriced. There is not a single scientific proof that Goji, Acai, Chia & Co. promote health or protect against disease - and so every health promise is a fantasy-soaked sales promotion, i.e. nothing more than a cheap nutrition fairy tale.

Instead of goji and acai, you can also use blueberries, currants or sea buckthorn - that doesn't matter in terms of its “superfood potential”. However, German berries are processed according to higher hygienic safety standards than in the exotic countries of origin of Acai & Co.

And the good old flaxseed is less hip, but nutritionally on a par with the highly hyped chia - only the superfood power sellers charge more than 10 times as much for chia due to the "hip factor". Ergo: yes, superfoods are pure money-making.

Are there any reliable and well-founded studies on the subject of nutrition?

There are none and there will be no meaningful studies with hard evidence and not feasible for one reason alone: ​​Randomization (one of the most important criteria for avoiding bias of the results) is not feasible.

Because if you want to do a comparative study “Vegetarians & omnivores”, you would have to, let's say, randomly draw 100,000 participants into one of the two groups in order to ensure comparability. But ask a vegan or vegetarian who was randomized into the 50,000 omnivore group whether he would like to take part in the study for 10-15 years and during that time also have to eat meat “for research”.

Viceversa, no steak lover wants to do without his beloved beef fillet for more than a decade just because the scientists put him in the vegetarian group. There are other reasons, including a lack of placebo control and no double blinding. We have to let go of the dream of the “super nutritional study” that provides causalities. Unfortunately she is stillborn.

Can I eat anything I want now?

You should decide for yourself. From a scientific point of view, there is definitely nothing against it.

What does enjoyment mean to you?

When the hunger is properly "grown", to eat exactly what I really want - and then enjoy it, including closing your eyes while chewing and fully enjoying the groans from the depths of my stomach.

Thank you very much for the interview!

My conclusion on the subject of nutrition: I believe that it is time for us to take full responsibility for our diet again! Of course, it's easier to stick to rigid diets and guidelines - but in the long run it is definitely the better way to take care of your body. Eating, listening, feeling and tasting with more enjoyment, awareness and time - and then being selective about what you eat (and if it's a big portion of pasta or a piece of cheesecake, then that's the way it is) . And maybe that's the only diet that's right and healthy for us. 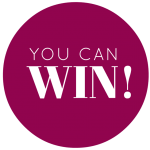 Competition: I'm giving away 2 books "Nutritional Mania: Why We Don't Have to Be Afraid of Eating". A big thank you to the Rowohlt-Verlag, which makes the books available free of charge! To participate, you just have to leave a comment here (e.g. how do you deal with nutritional issues? Are you as insecure as I am?) I look forward to your comment! The raffle ends on May 29th, 2016. 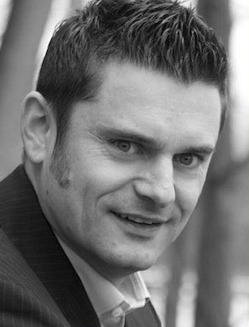 Uwe Knop (born ´72) is a qualified nutritionist and medical PR expert. He has worked in PR & communication in the fields of medicine and health policy for almost two decades. He is very familiar with how the daily publication of too much “health-promoting nonsense” gets into people's minds. His goal is for people to put more trust in their culinary body intelligence and to abandon mostly financially motivated external control.