How can I make my own vinyl

Fit for the record: your own tracks on vinyl 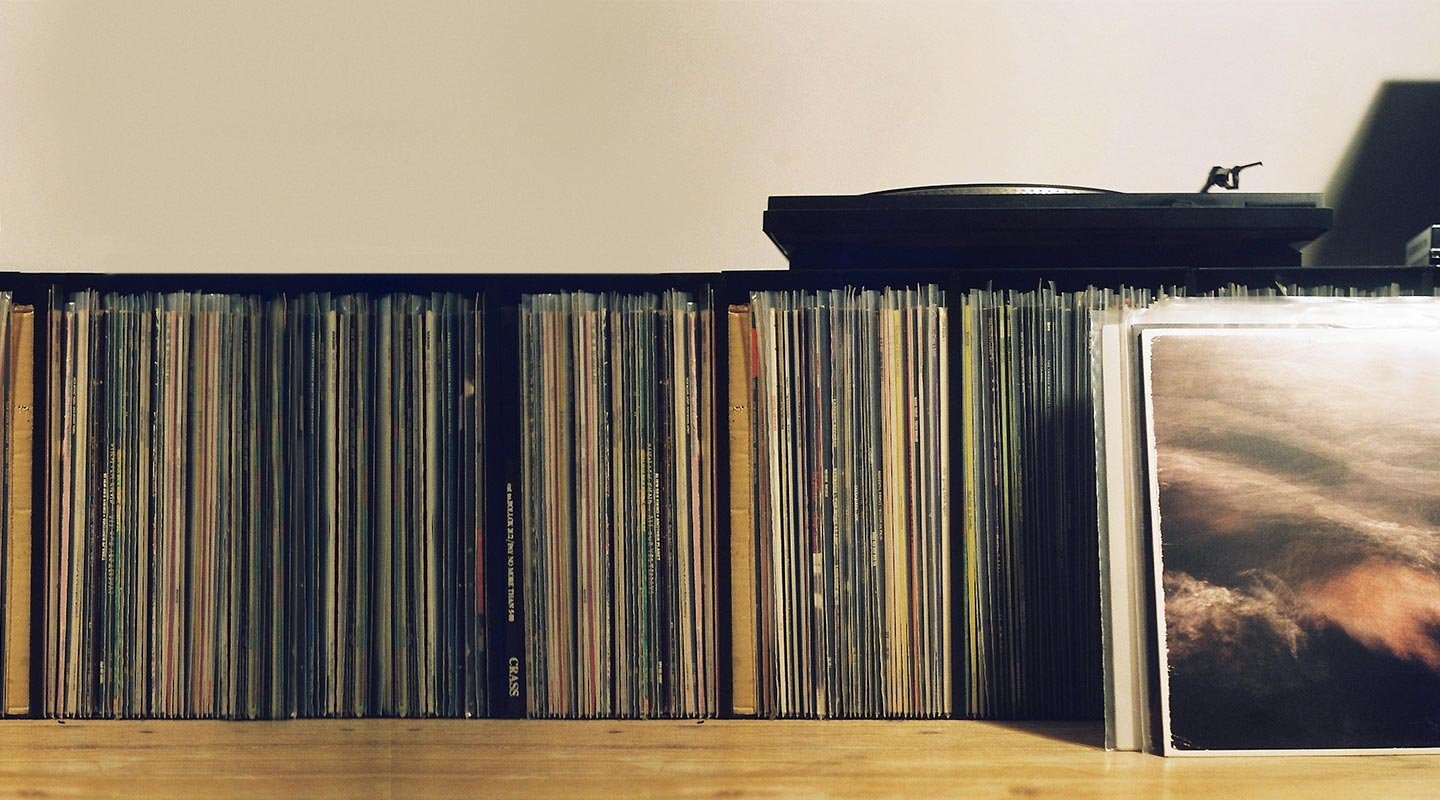 Record Store Day took place again last Saturday. A day on which vinyl fans all over the world come together in independent record stores to campaign for the so-called dead record format. Because despite the convenience that online music portals offer, nothing beats exciting rummaging through shelves and exchanging ideas with like-minded music lovers. Let's face it - once music is captured on vinyl, it seems immortal. And many producers still dream of being able to hold their artistic work in their hands in the form of a black or a different colored disc.

On the occasion of this event in honor of vinyl, we spoke to journalist, label owner and record freak Oli Warwick. He explains how your music gets onto the black discs and what you need to pay attention to so that your tracks sound as good as possible when the needle finally hits the record.

Before we get into the technical aspects, let's deal with the challenge of getting a vinyl label to notice you. Arousing the interest of a label can be quite tedious and it is not uncommon for the demos to be rejected after sending them out. It therefore makes sense to limit yourself when sampling to labels whose philosophy suits your own music and where you can meet like-minded people. So the effort is kept within limits. If that doesn't bring the desired success either, you can always found your own label. Many artists now do this. If you are convinced that you have the absolute killer track up your sleeve that can't wait to be released on a label, you can also contact a distributor directly. In the ideal case, he will advance the pressing costs for a certain share of the turnover and take care of the distribution. Such contracts are not easy to come by today either, but again: With a little research, you can find a company that is suitable for your type of music and that will sell it in the right record stores. If you can muster the necessary energy, you can of course also take the sales into your own hands. This, however, requires a lot of effort and patience, and you shouldn't forget to get on with the staff at your post office. 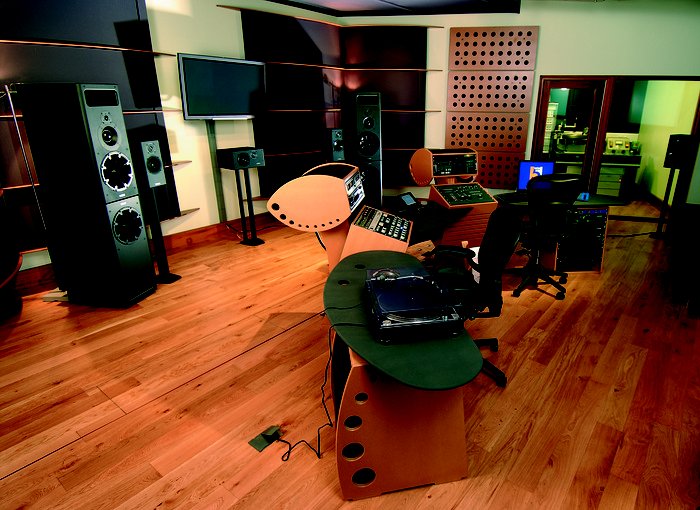 Next, look out for a suitable address to master. There are a number of options here - from semi-professional providers equipped with high-end plug-ins and proper monitors to specially built mastering studios. Use recordings whose sound you like as a guide and find out where they were mastered. Corresponding information can be found on the cover or on the label. You can also find information on almost every release on Discogs. And remember, the cheapest option is not always the best.

First of all, you should know what actually happens on a record. As a physical medium, the recording capacity is naturally limited and the longer the playing time of a side, the shallower the groove. And the shallower the groove, the quieter the sound signal. Although there are no exact rules, most mastering studios recommend a playing time of eight to nine minutes at 45 revolutions and ten to twelve minutes at 33 speed. These guide values ​​allow the loudest possible cut, which is particularly important for club tracks that are supposed to hold their own against all the other records in a DJ set. If your music is designed for listening experiences at home, the recommendation does not have to be seen as dogmatic. If several tracks are to be considered on one side, it also makes sense from a physical point of view to think about the order: The further the needle moves towards the center of the record, the greater the distortion within the groove. So make sure that your most important pieces are located in the outer area if possible.

Once all the tracks have been created, it's time to build the stereo mix properly. Of course, the mixing itself is an enormous challenge, which we don't want to go into further at this point. But keep in mind that mastering can bring out unsightly details that you don't need to have noticed while mixing. With regard to critical elements such as the vocals, it is advisable to deliver versions with a 'louder' and a 'softer' voice. So the sound engineer has all the options to get the best result for you.

Setting the correct peak levels is one of the most important things in a mixdown. Basically, the recommendation for level peaks is between -3 and -6 dBs. The remaining headroom is the magical leeway for the sound engineer. Without these reserves, known as 'headroom', distortions will inevitably occur when certain frequencies are raised. Of course, if you're into aggressive techno, these cross-border distortions may well be exactly what you're looking for. But any reasonably good sound engineer will do everything possible to avoid this - unless you explicitly insist on it.

"Dynamic range is what makes music exciting," says Shawn Joseph, Senior Sound Engineer at Optimum Mastering in Bristol, UK, "and whether your music is soft or loud, we should do everything we can to maintain it. A mix should do a lot Have headroom, clear, short-lasting level peaks and plenty of energy. If the peaks are already clipping or the mix is ​​already dead-compressed, there is really nothing we can do. " 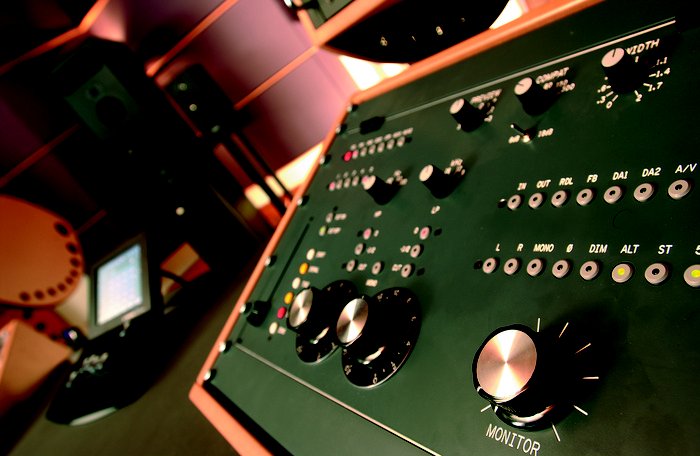 Stay away from these settings

Just as important as sufficient headroom is that the mix bus remains free of compressors, limiters and equalizers. While it may be tempting to test out the tracks beforehand (especially in clubs) and blow them up with some post-processing via the mix bus, you should definitely skip it in preparation for mastering. Because that is exactly the main task of the sound engineer, with which they can later get the most out of your tracks. If you landed at the right studio, the best (and most expensive) equipment is available for this work.

"Every mix is ​​different and therefore there is no standard solution. Going to the mastering studio therefore makes a lot more sense than using any plug-in," continues Shawn. "A sound engineer should be able to assess whether your mix is ​​genre-balanced and reaching his audience. And he also takes into account the format in which the music is being played."

The best way to bounce your files is as WAV or AIFF with 24 bit and 44.1 kHz. So you are completely loss-free and not the slightest sound information is lost. After bouncing, check your files again very carefully so that you do not transmit any incorrect data. Abrupt endings occur much more often than expected and you certainly don't want to overlook an incorrect automation or the take with the tried out diva singing, which then unintentionally ends up on your sound carrier. Digital splatters that can occur when bouncing are also not uncommon. A good mastering studio will let you know if something is suspicious and give you the opportunity to retransmit your data. Another studio may not do this and only you know when the track is exactly as it should be. 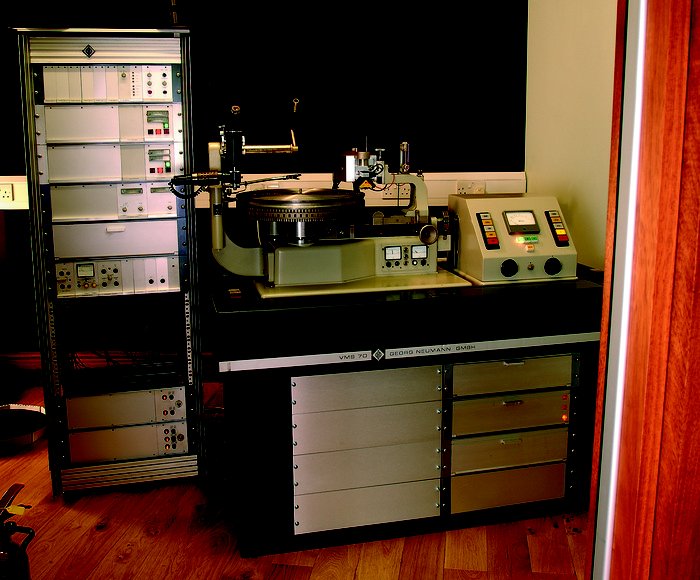 Listen to your ears

If you cannot attend the mastering session in person, ask for the mastered files to be sent and check them as closely as possible. Take tests with friends and make sure that this is really what is invariably pressed on your discs.

"Even if it causes extra costs - the only way to be on the completely safe side before cutting the varnish is to produce a test acetate," explains Jack Adams, head of vinyl production at Optimum. "The acetate represents the end result exactly and can be played as often as desired in all possible scenarios until everyone involved is satisfied. And later it can be compared with the finished product for checking."

There are good reasons for a test pressing. Before pressing, you have another chance to check whether you are really satisfied with everything. The stereo bass in particular can cause problems when editing and can be corrected with an elliptical EQ if necessary. Certain high and low frequencies can also cause disturbances in the groove, which must be compensated for before cutting.

"Extreme stereo mixes trigger a clearly vertical movement of the cutting head," adds Jack. "This makes the groove wider and flatter. The cutting device is literally chased across the pane, consuming more space and costing playing time or loudness."

There is nothing quite like the day you hold your own record in your hands. Now is the time to sit down and listen as the needle tickles every tiny nuance out of your beloved tracks and radiates it into the room. Keep the memory of it, because in this moment your music is more real than ever.