Even without DSL: How to get to the Internet quickly 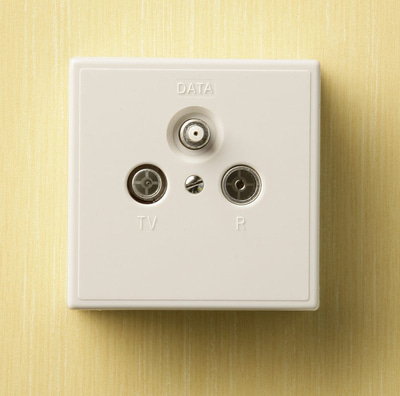 TV cable internet connection as an alternative to DSL
Photo: Kabel Deutschland The DSL connection is the first choice in this country when it comes to fast surfing at home. The increased expansion of VDSL and VDSL vectoring means that broadband connections are available in numerous regions of Germany at an affordable price.

Unfortunately, (V) DSL is still simply not available for many households or is only available at low data rates of less than 16 Mbit / s - and Germany is still a long way behind when it comes to expanding fiber optic connections right into the home.

In addition, the reality of life has changed for many Internet customers: They no longer only commute between home and work, but have to work in many places in Germany while on the move and need stable, but flexible, high-speed Internet access for this.

teltarif.de has therefore put together an overview of Internet access as an alternative to (V) DSL for you.

In many regions of Germany, TV cable network operators can now offer Internet connections that far exceed typical (V) DSL speeds. In the downstream in particular, up to 1 GBit / s are now possible via TV cable Internet connections, but the upstream is always significantly lower. Where such speeds are not available, data rates of at least 100 or 200 Mbit / s are usually possible.

Those who are interested in triple play, i.e. packages from the Internet, telephone and TV, are naturally also right with the cable providers - after all, television broadcasting is their core business. It is definitely worth taking a look at the offers - we have put together selected offers for you on our TV cable tariff page.

The only problem with the TV cable Internet providers is the lack of competition, or the monopoly in a region: Only one provider can ever be active on the cable connection. In apartment buildings in particular, the owner always decides on the cable network operator - sometimes over the heads of the tenants. On the other hand, there is always a higher downstream at the same price with cable Internet providers - compared to (V) DSL - and there are even real discounter offers in cable networks in the meantime. 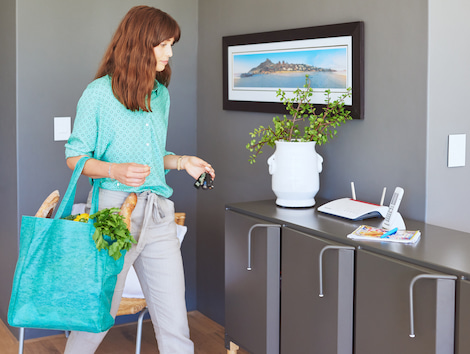 An LTE router as a DSL replacement
Image: AVM

Instead of (V) DSL and cable: broadband internet via LTE, 5G and hybrid

But in addition to DSL and TV cable, there are other solutions for access to fast Internet - via mobile communications. Thanks to LTE and 5G, high-speed Internet with several hundred megabits per second (with LTE) up to 1 GBit / s (with 5G) is now available in many regions where there was previously no broadband coverage. You can find out the advantages and disadvantages of mobile communications solutions in our guide to LTE and 5G as DSL alternatives. Basically, there are three types of connection, technically and according to tariffs.

LTE home tariffs: These provide LTE or 5G access for broadband supply at home, usually in connection with a stationary cellular router without a battery that is operated from the socket. Some of these routers can have connections for an external antenna. In our tariff overview of the LTE home tariffs, however, it can be seen that some of the tariffs may only be used at a previously specified address and may not be taken with you when traveling. LTE home tariffs usually offer significantly more inclusive volume than mobile LTE tariffs, but most tariffs are still throttled after reaching a certain data volume per month.

Mobile LTE tariffs with unlimited flat rate: One can only speak of a real (V) DSL replacement with a mobile LTE or 5G tariff if it offers at least 30 GB of data volume per month (which should hardly be enough for a family or shared apartment). These tariffs can be used in smartphones, tablets or a mobile hotspot with a battery. In terms of price, however, you will soon reach an area in which a mobile Internet tariff with a completely unlimited flat rate may be worthwhile. The advantage of these tariffs is that they can be used throughout Germany with the appropriate network availability and even offer a certain amount of data in EU roaming.

Telekom hybrid connection: In areas where Telekom has not yet come very far with VDSL (vectoring) or FTTH / FTTB fiber optic expansion, it offers a (V) DSL connection with the hybrid connection, which is supplemented by the occasional connection of LTE . This is implemented via a special hybrid router for the telephone connection, in which a SIM card is inserted. Even if the telephone connection should only offer 16 or 25 Mbit / s, the customer then surfs via LTE with up to 100 Mbit / s in the Telekom cellular network, the special hybrid router regulates the "load distribution" automatically. It is therefore a technically and tariff independent solution that cannot be compared with someone plugging a mobile data contract into a DSL router with a SIM card slot as DSL failure protection. 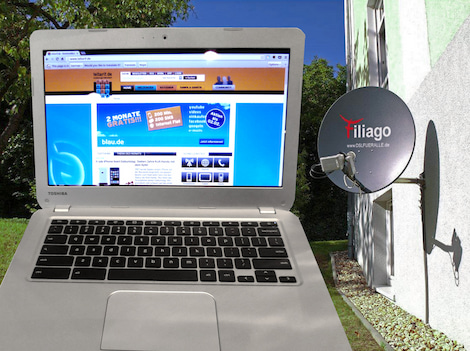 Even without DSL: This is how you can get to the Internet quickly
Photos: Filiago / teltarif.de, installation: teltarif.de

Only rarely necessary: ​​Internet via satellite

If you live in an area where no DSL, no TV cable internet and no fiber optic connection is available and the cellular network only offers low data rates or poor connection quality, another solution can be considered: via satellite A connection to the Internet can be established virtually anywhere if the view to the satellite is not obscured.

A sticking point here, however, are the potentially high acquisition costs when starting out. In addition, the house owner must allow a satellite dish to be installed on the house - which is usually not possible, especially with apartment buildings. We have also examined this alternative in more detail - you can find all the details in the guide to Internet via satellite as a broadband alternative. There we will also show you what the WiMAX technology is all about - which has largely failed in this country.