Castration of domestic cats - a requirement of animal welfare 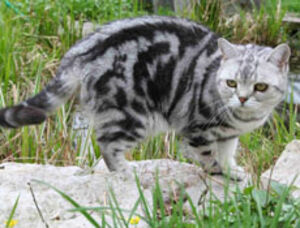 The house tiger has become the German's favorite pet. More than eight million house cats usually live happily ever after in warm, soft sleeping places with people who look after them, look after them and play with them. But in addition to these eight million, many thousands of abandoned or runaway cats and their offspring roam cities and communities without being cared for and often infected with fatal diseases.

In Cologne, for example, their number is estimated at 40,000, in Berlin even at more than 100,000 - and new ones are always being added. No wonder: At barely 7 months old, the animals reproduce uncontrollably - even with domestic cats whose owners are not aware of their responsibility and allow their uncastrated animals to roam freely. Unwanted kittens are then often killed, simply abandoned or, at best, taken to an animal shelter. But the animal shelters across Germany are already hopelessly overcrowded and can no longer cope with the annual flood of further kittens. It is therefore the duty of man to stop uncontrolled reproduction. Castration is the only means for this. Only in this way can cat misery be eliminated and the spread of diseases prevented.

In Germany there is no nationwide regulation yet, but the castration obligation is increasingly regulated at the municipal level.

In principle, however, cat owners should not make the decision of whether to have their animal neutered dependent on legal requirements. After all, reproductive control is not the only reason for castration. It also serves as preventive health care for free-roaming cats and indoor cats alike. At first glance, it may be incomprehensible what this surgical procedure has to do with it. Knowledge of the sexual cycle of our velvet paws and the resulting behavior make this understandable.

The benefits of castration

Depending on the time of year, the length of daylight, the state of health and the breed, female cats usually reach sexual maturity at around seven to eight months of age, long-haired cats often only at 11 to 21 months. The gonads (ovaries in females and testes in males), which produce sex hormones, are responsible for this. In the case of the female, the period of willingness to mate is referred to as "heat" or "grunt". Ovulation also takes place in this section of the sexual cycle, which is usually only triggered by the act of mating. If the hangover is absent, the heat subsides after several days, only to be followed by a new heat about three weeks later. If the cat was pregnant, it will often be in heat again within one to two weeks after birth. In principle, several sexual cycles and thus heat waves occur each year, with a resting phase from October to December. The cycle pause is extended with daylight lengths of less than 14 hours, less than 8 hours there is sexual rest. With indoor cats there is often no cycle break due to the influence of artificial light. Sometimes they even show a "permanent curl" due to the formation of cysts on the ovary, in which one cycle seamlessly merges into the other. This condition is very stressful for the cat and significantly increases the risk of diseases of the uterus. During the heat, the female is very restless and hardly eats. It screams deplorably to human ears and rolls almost permanently on the floor.

Hangovers reach sexual maturity around eight to ten months of age. In the case of a tomcat kept in the apartment, the owner usually notices the onset of sexual maturity from the suddenly intensely smelling urine or he catches him marking (spraying urine) on furnishings. It is not uncommon for dominance behavior to occur in connection with aggression towards people when the hangover cannot act out its reproductive instinct.

Male cats with the opportunity to roam freely begin looking for females that are wide enough to mate, to significantly expand their radius of action and are increasingly involved in territorial and competitive battles.

Studies have shown that the life expectancy of neutered cats is significantly higher than that of their "intact" conspecifics. They live on average about 10 years, while uncastrated cats only reach an average age of 5 (male) or 6 (female). The cause is, among other things, the high risk of infection in the territorial and competitive fights as well as the mating act. In particular, immunodeficiency diseases (feline AIDS) and feline leukemia are transmitted, two diseases that are often chronic and almost always fatal after a long period of suffering. But also cat disease and colds can be transmitted through direct contact. In addition, cats are more likely to be victims of road accidents when looking for a partner.

By castration, reproduction and the behavior associated with it are finally switched off. Hangovers can no longer produce semen and no longer mark the area with urine. Female cats no longer get in heat. The risk of uterine diseases and tumors on the teats is reduced to almost zero. All other behaviors are retained. The animals also become more affectionate, have less of a tendency to stray and are therefore less likely to be victims of traffic accidents and are rarely involved in territorial fights.

The male and female are neutered

According to the still common but erroneous opinion of many pet owners, female animals are sterilized and males castrated. It is true, however, that these are different surgical interventions. While the gonads, i.e. the ovaries in the female and the testes in the male animal, are removed during castration, only the spermatic ducts are interrupted in the male or the fallopian tubes are tied off in the female during sterilization. This prevents the release of sperm for fertilization in the case of the male, and the descent of egg cells into the uterus in the case of the female. Although the animals are sterile, the sex cycle and the activities associated with it are fully preserved. In veterinary practice, cats - female and male - are only castrated.

When should be neutered?

There is no ideal time, but there is an ideal period. For the psyche and the sense of smell of cat owners whose animals only live in the apartment, the first signs of sexual maturity are usually reason enough to have the cats neutered immediately. If the cat is to be allowed to roam freely, it must never be neutered, because the onset of sexual maturity is often only noticed when it is too late, i.e. when it is too late. H. the cat has run away or is pregnant. Under no circumstances should one be influenced by the persistent rumor among pet owners that a cat can only be neutered after it has given birth once. This claim has no medical basis whatsoever. It is usually castrated at the latest when sexual maturity is reached, often even before that (so-called early castration), i. H. Depending on race and gender at the age of six to eight months or even as early as eight to 14 weeks. It is best to discuss with the veterinarian in good time when the castration should be carried out in individual cases.