Kanatal is a nice place to visit

Kanatal - A small hamlet in the lap of the Himalayas

A small hamlet, Kanatal, 44 km from Mussoorie at an altitude of 8,500 feet above sea level, remains unspoiled and unexplored by the majority of tourists. The trip to Kanatal, a hidden gem with some of nature's best kept secrets, takes you through the magnificent hills of Mussoorie and Chamba. It is named after Lake Kanatal, which the locals suspect there. View of snow-capped Himalayas from Kanatal

Things to do and see

The best way to discover this land at the top of the earth is on foot. A short excursion through the unexplored land of the Kanatal takes you through apple orchards, pine forests and abundant wildlife. A number of camps in Kanatal arrange adventure activities for the tourists, including trekking, abseiling, climbing, sightseeing, good mood and other games. Some of the most popular places in Kanatal are:

Kodia jungle: A trip to Kanatal is incomplete without a visit to Kodia Jungle. It is 1 km before the Kanatal towards Chamba and is a hike of almost 5-6 km. If you don't want to hike, you can go on a jeep safari. A trip through the jungle will enhance your encounter with wildlife. Musk deer, wild boar, and kakar (the barking deer) are some animals that can be easily spotted.

Tehri Dam: 35 km from Kanatal, at the confluence of two rivers, Bhagirathi and Bhilangana, is the magnificent Tehri dam. Thousands of visitors come here every year to see this breathtaking dam that has sunk many mountains below. Surkanda Devi Temple: A temple dedicated to the goddess Sati, wife of Lord Shiva, is of great importance to locals and tourists who come here every year. It is believed that Sati's head fell in this place when Lord Shiva took her remains. You have to hike 2 km to reach the top of the temple. 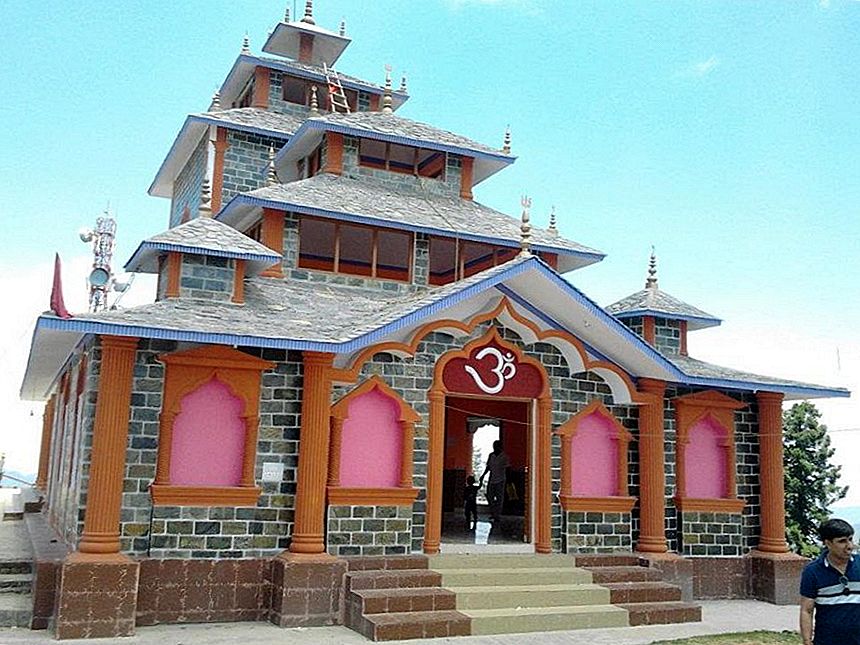 If you want a little more time, there are many other lovely hill stations in Uttarakhand to explore. Some excursions near Kanatal are Dhanaulti (17 km), Mussoorie (44 km), Chamba (16 km) and New Tehri (35 km).

Since Kanatal has stayed away from urbanization and has not been heavily infested by tourists, it has fewer accommodations. From camps to resorts to luxury hotels, it offers a range of accommodation options. To make your stay memorable, some camps organize many activities such as bonfires, adventure sports, and sightseeing. Enjoy the spectacular view of snow-capped mountains from your hotel room balcony and immerse yourself in the tranquility of nature around you. Book your trip in advance to avoid hassle later. Some of the best places to stay in Kanatal are: Camps in Kanatal from the official Facebook page of Camp Carnival

In contrast to many other mountain stations, the Kanatal is well connected with navigable roads.

By plane: Jolly Grant Airport in Dehradun is the nearest airport (92 km) from Kanatal. From there you can take a taxi and cover the distance in 3 to 4 hours. There are daily flights to Dehradun from Delhi and some other major cities.

By train: Two stations that are closest to the Kanatal: Dehradun (85 km) and Rishikesh (75 km). Many buses and taxis run daily to Mussoorie and from there to Kanatal.

In the street: Kanatal is well connected with motorable roads. By road, Dehradun is almost 77 km and Rishikesh 80 km from Kanatal. You can easily get bus and taxi services from the bus stand in both cities.

The summer months from March to June and autumn are the best times to visit Kanatal. However, if you are a winter lover and want to take in the views of the snow-covered land, you can plan to visit in winter. The monsoon months bring heavy rainfall. It is therefore recommended not to plan a trip to Kanatal during the rains. It is best to wear light woolen fabrics in summer and heavier ones in winter. Kanatal in winter from the official Facebook page of Kanatal Orchids

Unravel the beauty of Kanatal with wild excursions into the dense forests in the middle of the mighty Himalayas. A weekend trip to this hidden gem will bring nostalgic memories to your travel journal. Leave the offices of your office, pack your bags and go to the pristine land of Kanatal with your friends, family and relatives. The memories you make today should be remembered and cherished throughout your life.