At what age did most authors start publishing?

Adapted, controversial, rebellious - the most important authors of GDR literature

The names that are associated with the term GDR literature today are not those of the early years, the development phase after the Second World War and the founding of the GDR. Not those of world-class authors such as Anna Seghers (1900-1983) and Bertolt Brecht (1898-1956), who opted for the socialist part of Germany after their return from exile. Four decades of GDR authorship covers an enormous spectrum: the playwright Heiner Müller (1929-1995) is one of them, as is the essayist, poet and translator Franz Fühmann (1922-1984). Great poets like Günter Kunert (1929-2019), who died in September 2019, the poet Elke Erb (born 1938) or the lyric poet Durs Grünbein, who was born in Dresden in 1962.

The list of those poets and writers who began their work in the GDR but were then only able to publish with Western publishers is long. Monika Maron with her novel "Flugasche" from 1981 is a prominent example - it was the GDR's first environmental novel. The harassment that followed the protest against the expatriation of the songwriter Wolf Biermann in 1976 led to a veritable exodus of well-known artists and writers. For example, the authors Jürgen Fuchs and Jurek Becker, who were especially popular with younger people and who signed the letter of protest, were driven out of the GDR. The poet Reiner Kunze (his prose volume "The Wonderful Years" was published in the West in 1976) and the renowned poet Sarah Kirsch also moved to the West, the opposition writer Erich Loest followed in 1981 - to name but a few.

The living world of the GDR

If one speaks of GDR literature today, then it is not about a scientific delimitation, more or less about the definition of a closed collection area. Above all, this refers to the novels that dealt with the world of the GDR, that were the talk of the day and that gave the impression that each of the 16 million GDR citizens who knew how to read had devoured them. These included officially valued titles of socialist realism such as Hermann Kant's "Aula", but also "Bückware", critical titles such as Jurek Becker's "Jakob der Lügner" or Stefan Heym's "King David Report", which were published in the GDR, but nonetheless hard to come by.

Without making any claim to completeness, we present the most important authors of these GDR novels here. They were of great importance for the cultural life of the eastern part of Germany - even if not all of them received the positive test seal of historical evaluation in the long term. 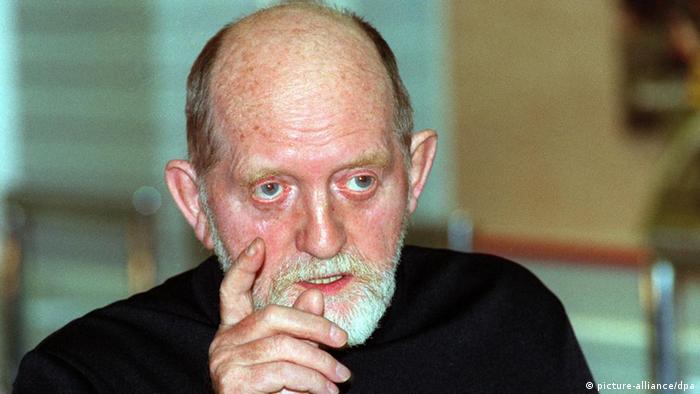 Christa Wolf and Erwin Strittmatter were the most popular authors in the GDR. Strittmatter, First Secretary of the Writers' Union, was considered loyal to the line in the West, the GDR was the better Germany for him and the SED a party that could be accepted as an authority - even if he repeatedly quarreled with it. His bureaucrat satire "Ole Bienkopp" (1963), one of the most widely read novels in the GDR, and the Stalinism criticism "Der Wundertäter III" (1980) were sharply criticized by the official GDR literary criticism.

The later main work includes the strongly autobiographical trilogy "Der Laden" (1983-1987-1992), a bestseller after the fall of the Berlin Wall. The Sorbian author describes village life in Lusatia, in the last volume the compulsory unification of the KPD and SPD to form the SED. Strittmatter was repeatedly attacked by the official GDR literary criticism, but he is still a five-time national prize winner. After the fall of the Wall, it became known that he had worked as a secret informant for the State Security from 1958 to 1964. 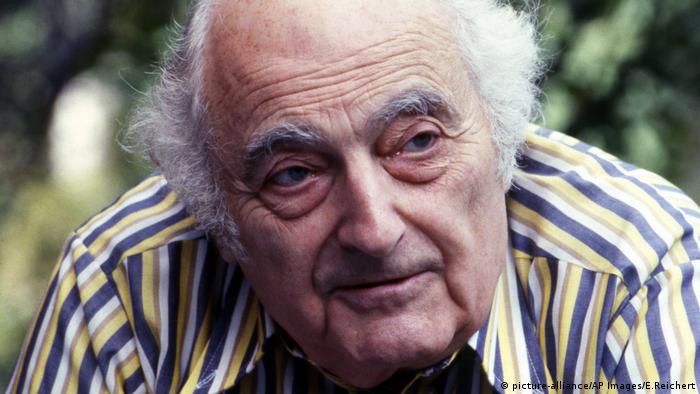 Stefan Heym is one of the writers who decided to live in the GDR after their return from exile. The Jewish journalist emigrated to the USA in 1935 and published his first novel in New York. As a staunch socialist and anti-fascist, he left America in 1952 and moved to the GDR. But there, too, writing became difficult for him. When his book on the June 17 uprising was not allowed to be published, the militant publicist came into conflict with the party in 1956. In 1965 he received a general publication ban. He published in the West and was promptly punished for it. No other writer was so closely monitored by the Stasi as Heym. Even his diaries, which were kept in a safe, were read by the security authorities.

Due to the loosening of cultural policy, his "King David Report" was published in 1972 in small numbers. For many readers, the novel, which deals with power and the abuse of power, was a sensation. But from 1974 Heym could only publish his books in the West. In 1976 he was not only one of the signatories of the protest against the expatriation of the singer-songwriter Wolf Biermann, he helped formulate the letter. That and the Western publications led to his exclusion from the Writers' Union in 1979. Even during and after the fall of the Wall, the political intellectual remained true to himself. Heym continued to advocate better socialism. 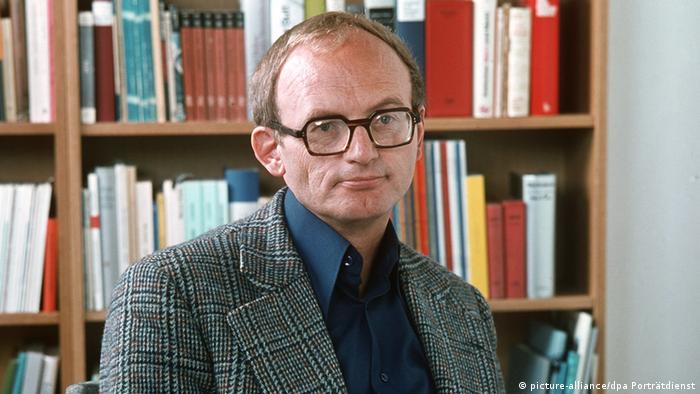 Hermann Kant, who was born in Hamburg, also went to the GDR as a staunch anti-fascist after being a prisoner of war in 1949. He joined the SED. His novel "Die Aula", published in 1965, remained his main work. With an ironic-satirical undertone, Kant describes the experiences at a workers 'and peasants' faculty. The novel, which revolves around the subject of the "educational revolution in the GDR", made him very popular in the GDR and also known in the Federal Republic.

Kant was for many years chairman of the GDR writers' association. In 1986 he became a member of the SED central committee - and thus also an influential functionary and cultural politician in the country. His second novel "Das Imprint" (1972), a kind of continuation of the "Aula", was even described by GDR critics as too harmless and far removed from social reality.

In the 1990s, Kant was accused of being an unofficial employee of the Stasi. He defended himself legally against the accusation. The spy activity could never be proven to him. Hermann Kant remained one of the most controversial figures in GDR literature. 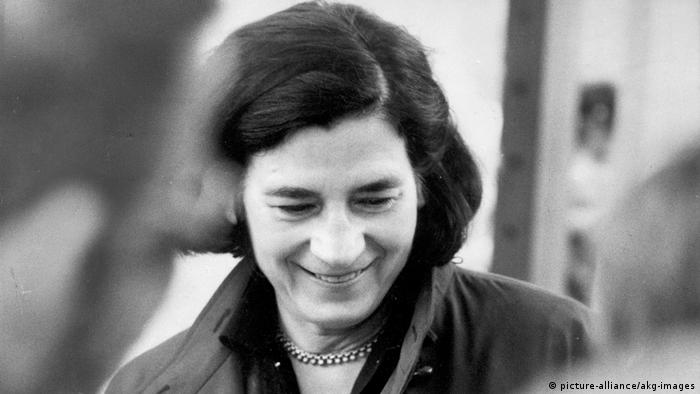 Christa Wolf was not only the most popular writer in the GDR, she is one of the most important contemporary writers. Her extensive narrative work has been translated into all world languages ​​and has received numerous national and international prizes, including the Georg Büchner Prize in 1980, and later the Thomas Mann Prize and the Uwe Johnson Prize.

In 1949 Christa Wolf joined the SED. She worked as a publisher's editor, and from 1962 as a freelance writer. Her first major success, "The Divided Sky" (1963), shows younger, intellectual people who, after the Wall was built in the former GDR, had to prove themselves both at work and in their private lives. The book is one of the most discussed in GDR literature. Her initial euphoria about the new GDR society gave way to critical solidarity in later works. "Thinking about Christa T." (1968), "Childhood Pattern" (1976), "No Place. Nowhere" (1979), "Kassandra" (1983) or "Störfall" (1987) were also widely read and discussed in the West.

In 1976 Christa Wolf was one of the co-signers of Wolf Biermann's "open letter against expatriation"; she was punished with a reprimand. Nevertheless, she was able to continue on a reading tour, traveling to Paris and the USA. In 1980 she was accepted into the German Academy for Language and Poetry. In 1989 the world-famous writer resigned from the SED, but in 1990 still believed that a reform of socialism under a different leadership was possible. 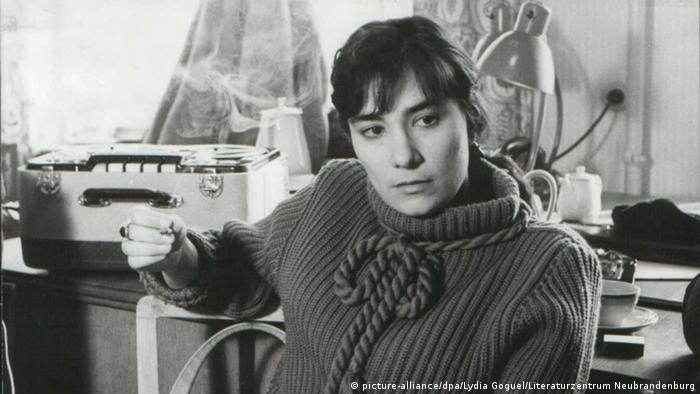 Reimann was not one of the outstanding intellectuals of GDR literature, but her novel about the young, idealistic architect "Franziska Linkerhand", published posthumously in 1974, caused a sensation. The non-conformist, rebellious author writes about soulless prefabricated housing estates, the failure of "Neustadt" - a provincial town like "Hoy" (Hoyerswerda), where Reimann lived for a while. Places like "made up corpses" where dreams melt away and life suffocates.

The novel is over 600 pages long and yet it has remained a fragment. The author succumbed to cancer before she could complete it. In the GDR the book was only published shortened by many critical passages. The novel, with its subjective look and angry narrative tone, was nevertheless a novelty in GDR literature. In 1981 DEFA made a film based on motifs from the work under the title "Our short life". 30 years after the fall of the Berlin Wall, the Deutsches Theater in Berlin brought the novel to the stage as a drama. 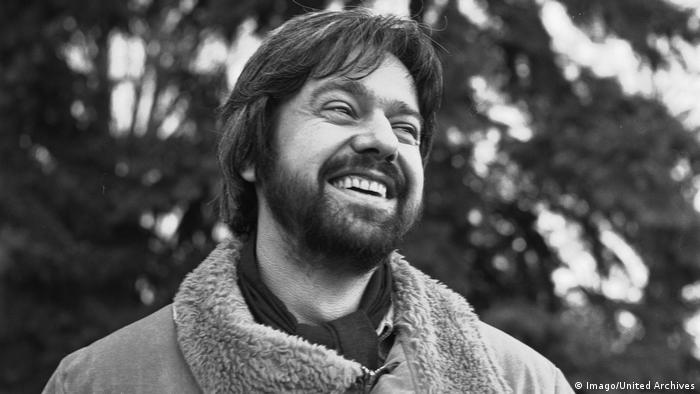 Jurek Becker was born in Łódź, Poland, where a third of all city residents were Jews - as was his family. In 1939, when he was two years old, he was sent to the ghetto, when he was five he was sent to a concentration camp. He and his father were the only ones from his entire family who survived the concentration camp, in the end in Wusterhausen near Berlin. From 1945 he lived in East Berlin, later among other things in a shared apartment with the jazz singer and actor Manfred Krug. Becker worked successfully as a screenwriter for DEFA.

His best-known novel, "Jakob the Liar" from 1969, is the story of Jakob Heym, who invented a radio in the ghetto of a Polish city to give his fellow prisoners hope with news of the imminent liberation. In 1970 the novel was published by Luchterhand Literaturverlag in West Germany and then translated into 24 languages. The GDR Academy of Arts honored the author with the Heinrich Mann Prize in 1971. In 1974 the well-known director Frank Beyer filmed "Jakob" for DEFA, the result was even nominated for an Oscar in 1975 as "Best Foreign Film".

Becker's second novel "Deception of the Authorities" was published in Rostock in 1972 and a year later by Suhrkamp-Verlag in West Germany. Despite all the success, Jurek Becker, who had been friends with Wolf Biermann since the 1950s, was expelled from the writers' association after he had signed an appeal to the GDR leadership to reconsider Biermann's expatriation. That was tantamount to a professional ban. In 1977 Jurek Becker therefore went to the West. For his friend Manfred Krug he wrote the scripts for four of five seasons of the series "Liebling Kreuzberg". In 1997, the author, who had long since become the nationwide cultural leader, died of cancer.