Where does molasses come from

Actually just a by-product or waste product and yet so valuable. Behind this by-product there is a mass rich in vitamins and minerals that can be used in many ways and also tastes deliciously like liquorice. Ever since the production of molasses was concerned, it has been popular with everyone, even as a healing agent. It is said to have a positive effect on human health. The term molasses comes from the Latin word "mel", which stands for honey. In view of its history, molasses is also often associated with the French mélasse, the Spanish melaza and the English molasses. 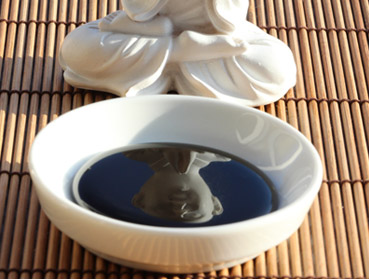 Molasses can be made from various raw materials. Sugar cane and sugar beet are best, but sugar or molasses can also be produced from sugar millet. This sweet crystalline powder is grown in over 100 countries around the world. 70% of the sugar is obtained from sugar cane. The rest is done, among other things. the sugar beet.

Molasses is a dark, viscous mass with a taste that is very reminiscent of liquorice. The uses of molasses are innumerable. You can use it as a delicious spread or use it to make a soft drink when dissolved in water with a dash of lemon. In addition, you can add a little more sweetness to your muesli but also add flavor to dairy products such as pudding, yoghurt, quark or milk kefir (made with kefir grains or kefir mushrooms). Molasses has a very special place in the production of Ginger Root Beer, which is made with the help of the Ginger Root Plant culture. 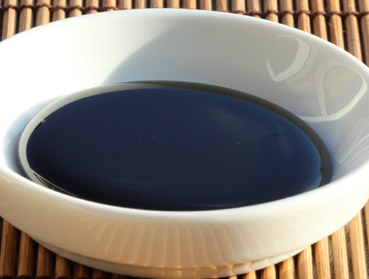 Molasses is also very important for the industrial production of food and medicines. Molasses is an important fermentation raw material for the food industry. Alcoholic beverages such as rum, vodka and whiskey are produced on the basis of this viscous mass. In addition, the pharmaceutical industry uses molasses as a basis for breeding effective microorganisms. And last but not least, a large part of the molasses produced is processed as animal feed in agriculture.

In principle, molasses is the valuable product in sugar production. It has always been said to have a positive effect on the human organism. Molasses can contain potassium, magnesium, calcium, iron, copper, phosphorus, chromium, many B vitamins and essential amino acids, among other things. Baked goods made from yeast or batter should have a much longer shelf life with molasses.

Harvesting and processing of sugar cane

Due to the fact that 70% of the sugar produced worldwide is made from sugar cane, in this article we describe the production of sugar on the basis of sugar cane (Saccharum officinarum).

To till the field, sugar cane cuttings are planted in the ground by hand or with the help of agricultural machinery. Almost 14 days later, the cuttings sprout. When to harvest depends on the variety. Some can be harvested after nine months, others take almost exactly 12 months. But there are also varieties that can be grown for up to 2 years before the harvest can begin. After the sugar cane has been cut close to the ground, the "stumps" sprout again after a short time, i.e. it does not have to be replanted. This procedure can be repeated in the following 7 years. After this time all nutrients have been removed from the soil and another plant or fertilizer must be brought into the field.

The sugar cane is brought to the factory in trucks or cattle. In this the raw material is squeezed and pressed with the help of rollers. In this way, a mass is created that is brought into so-called boilers on conveyor belts. The mass, which is still contaminated with earth residues and other organic material, is now cleaned using slaked lime - a natural substance. At the end of the process, non-sugars and clear sugar juice were separated from each other.

After thickening the juice several times with the help of evaporation, a clear liquid remains with a very high sugar content. This sugar solution is now heated again so that even more water evaporates. This procedure is repeated until perfect conditions for crystallization exist. Now the mass is put into a centrifuge and is "spun" until white granulated sugar is produced.

The viscous mass that is created during the last spinning process is called molasses. Although technology works wonders these days, the 50% residual sugar content of the molasses cannot be further reduced by crystallization. Now sugar and molasses are prepared for further processing, i.e. bottled and sold on the domestic market or loaded onto ships for transport to Europe, for example.

Influence and effect of molasses on ginger root beer

In order to be able to produce the Ginger Root Beer, molasses is an essential ingredient. Whether it is added pure or in the form of whole cane or raw cane sugar does not matter in principle and is solely a matter of taste. Both sugar and molasses as well as the dried fruits used have an enormous influence on the taste and effect of the fermented beverage. In general, dried fruits and molasses provide part of the nutritional basis for the fungal cultures. In addition to the dried fruits, molasses serves as a source of nitrogen and minerals in this context and thus ensures ideal growth of the cultures. In addition, it creates a delicious aroma that many ginger root beer fans rave about. It is important that dried fruits and molasses are unsulphurized or free of various chemical preservatives. These additives would damage the culture. 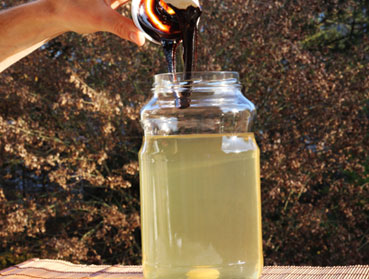 comment
The tips and information made available to you were created with great care and checked for accuracy. Nevertheless, we cannot accept any liability for incorrect or incomplete information or any damage.

Read on to find out why you should drink ginger root beer here.