Can houses be operated with fuel cells?

Ready for series production: fuel cells in the house provide electricity and heat

The energy turnaround can also be supported in the domestic boiler room: This year, more combined heat and power systems will come onto the market than ever before that are powered by a fuel cell. Read here what the devices can do. 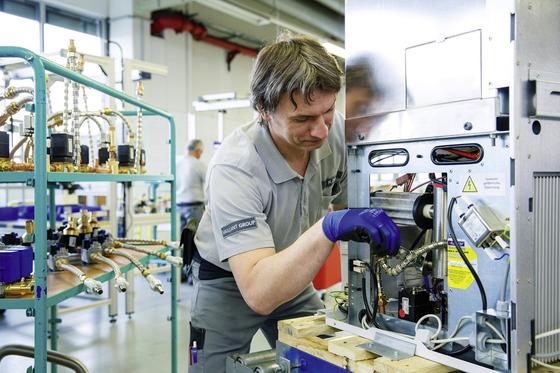 Entry into series production: assembly of a fuel cell heater for the field test.

The heating industry looks longingly to Japan: There are already more than 100,000 heating systems running there, the heart of which is a fuel cell. In Germany there are significantly fewer. In 2015 the mark of 1,000 devices was just passed. But this year the industry wants to take off. In 2016, more new systems will come onto the market than ever before. And series production should make prices tumble.

Two years ago a household had to spend between 30,000 and 40,000 euros to have a fuel cell heating system installed. The new systems that are just coming onto the market are now only around 20,000 euros - and for this purpose the federal government has launched a subsidy program that takes on grants of 40 percent of the eligible costs. This makes fuel cell heating lucrative.

Climate-damaging emissions are reduced by up to 50%

Heating systems with fuel cells are technically and environmentally interesting anyway. As mini combined heat and power systems (CHP systems), they achieve an overall efficiency of sometimes over 90% when generating heat and electrical energy. The plants are operated with natural gas as well as with hydrogen and methane generated from renewable energies or biomass. A so-called reformer first converts the natural gas into a hydrogen-rich gas. This reacts in an electrochemical reaction with the oxygen in the air. Water vapor is created. The remaining residual gas is burned in the afterburner. 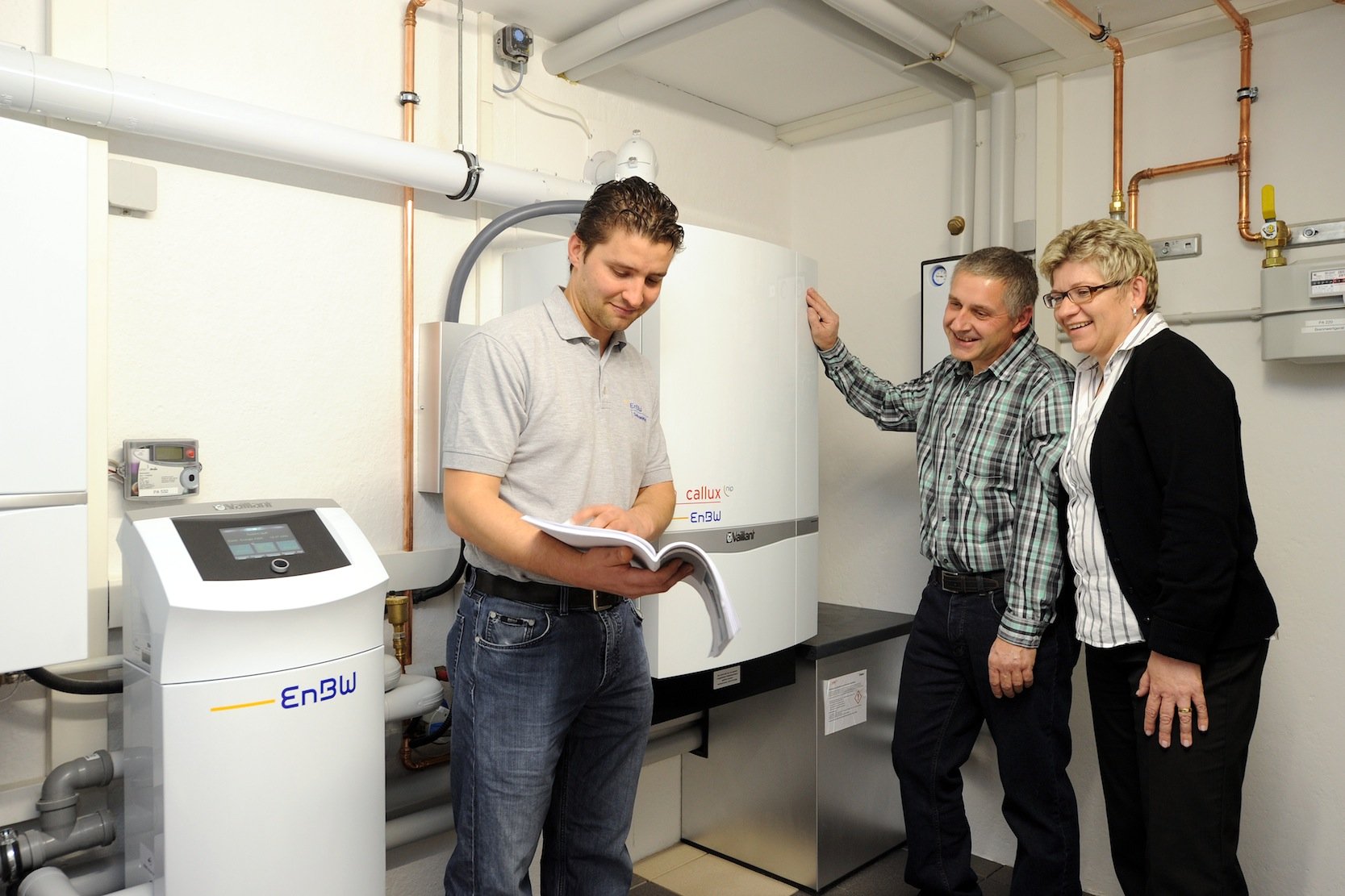 Heating system with fuel cell: The current systems are as compact as a traditional heating system.

The CHP systems generate heat and direct current with a very high degree of efficiency. An inverter converts this into alternating current that can be used in the house. A heat exchanger makes the waste heat from the fuel cell and the afterburner available for heating and hot water preparation. Compared to the current condensing technology, energy costs can be reduced by around 25% and climate-damaging emissions by up to 50%.

The manufacturer Vaillant has now developed such a small device with a solid oxide fuel cell (SOFC) to the point where it is ready for series production in a project funded by the Federal Ministry for Economic Affairs and Energy (BMWI). As part of the Callux project, around 500 fuel cell heating devices were installed and tested in one and two-family houses between 2008 and 2015.

The tested systems generated more than three million kWh of electrical energy in a total of more than five million operating hours. In this practical test, the device dimensions and weight were halved. 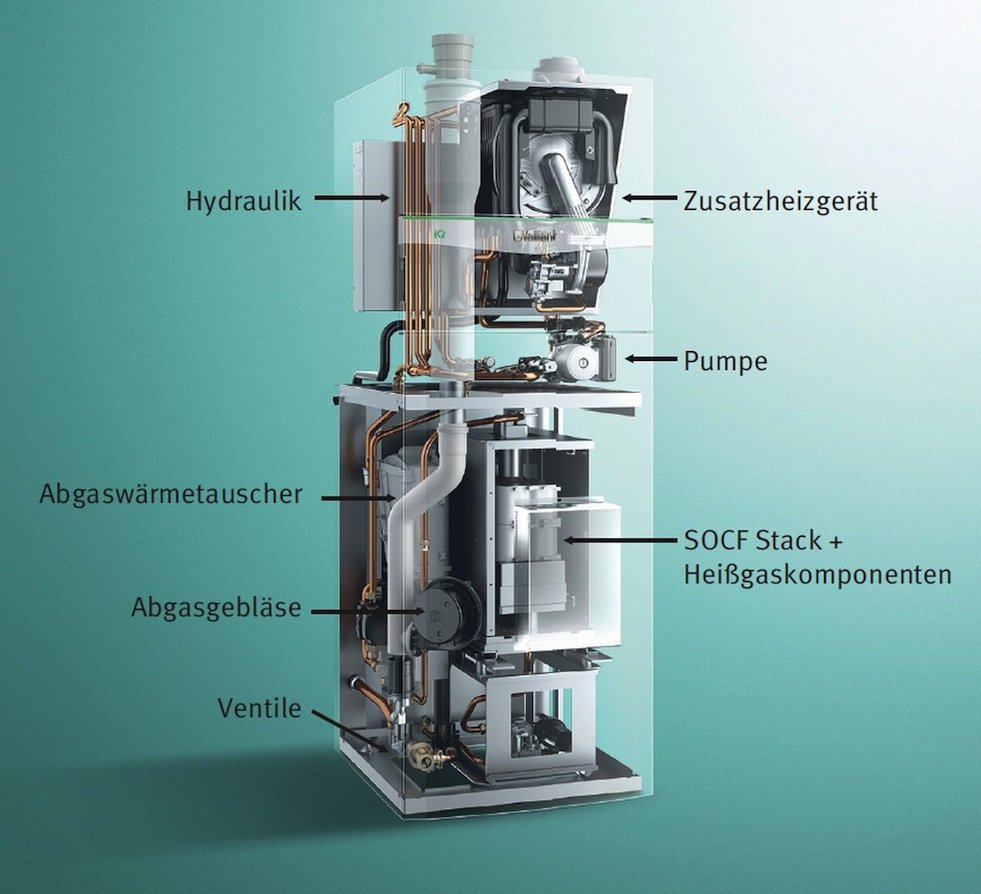 Structure of the current XellPower FC heater: the fuel cell system with ancillary units is at the bottom, the additional gas condensing boiler at the top. The compact device for the boiler room in single and two-family houses weighs around 150 kg.

Now the Trumm weighs only 150 kg. In addition, it has been possible to greatly simplify the connection to the existing building services and to reduce maintenance requirements. In order to be ready for series production, the various functions also had to be accommodated in one housing.

The trick with the negative pressure

And this housing is now a negative pressure housing, which is crucial for the safety in the operation of a one or two-family house. "We were able to implement a very simple and at the same time a very good safety concept for our fuel cell heating device," says Jochen Paulus, Head of Fuel Cell Technology Development at Vaillant. "Since all system components work in negative pressure, an exhaust fan in connection with a few temperature sensors is sufficient, we do not need any further protective measures or sensors."

With an electrical output of 0.7 kW and a heating output of 1.3 kW, the compact device covers the basic requirements of a one- to two-family house. 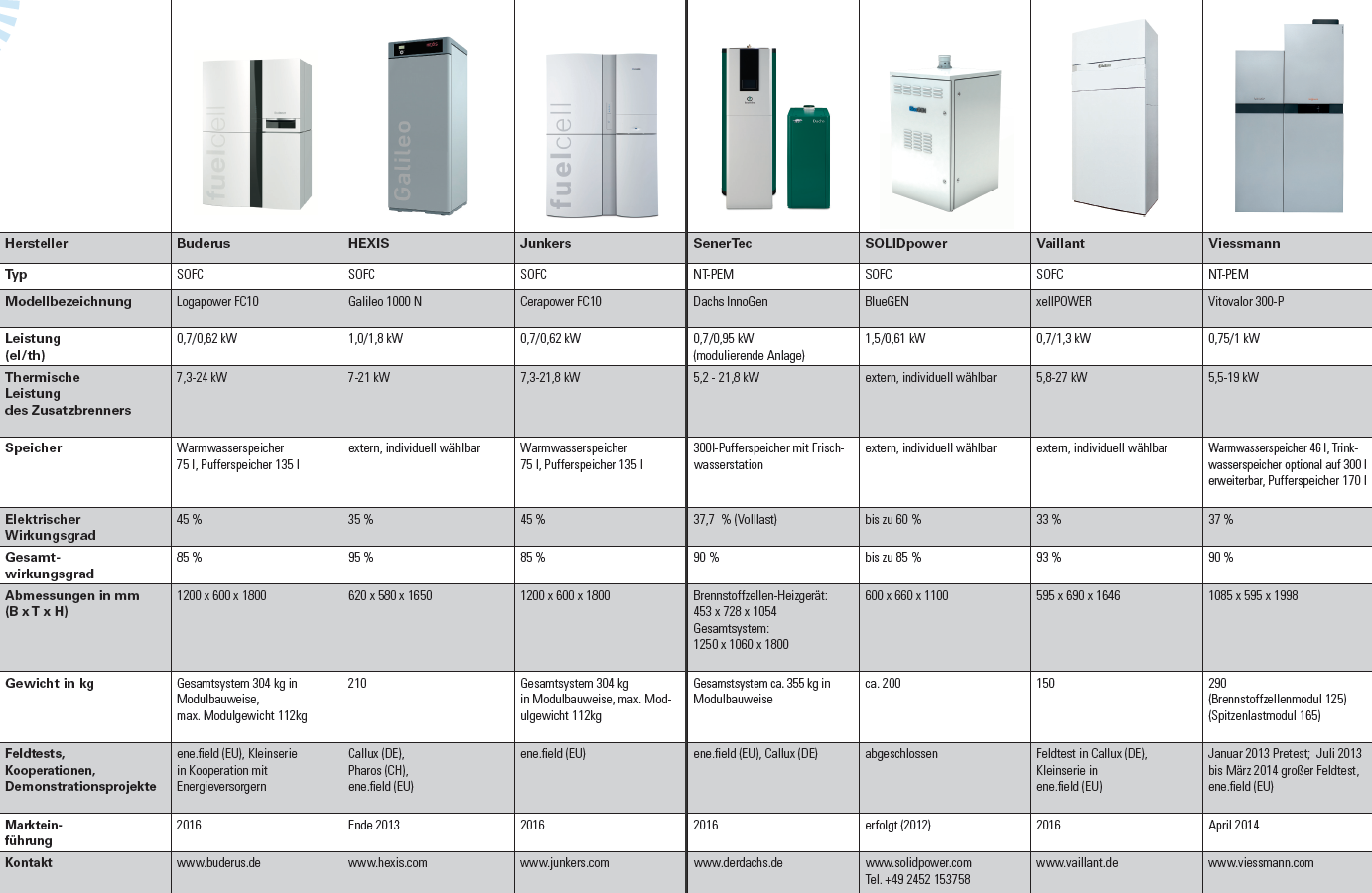 If it gets really cold in winter, a gas condensing boiler integrated into the compact unit can be switched on. The compact device can either relieve the load on the grid or be used completely independently of the grid - this is exactly when it makes its contribution to the energy transition. The device is self-sufficient, there is no need for overland power lines. And it is in contrast to wind turbines in the boiler room, where nobody sees it.

According to statistics from the Fuel Cell Initiative, nine systems are currently on the market. You can find the product overview here.

An idea from the Karlsruhe Institute of Technology is also interesting: With a new technology, energy can be obtained from heated groundwater layers for heating in winter and cooling in summer.