Is Alibaba the next Amazon or Google

Amazon vs. Alibaba: who will win the battle of the platform giants?

In the US and Europe, Amazon is the undisputed number one in eCommerce. And the likelihood is high that it will stay that way for the next few years. Nevertheless, there is a global player who is repeatedly compared to Amazon and is treated as its toughest opponent. We are talking about the eCommerce group Alibaba, the market leader in the world's largest eCommerce market China. So far, the two companies have not seriously got in each other's way. And both players only play a subordinate role in each other's markets. But in the next few years, Alibaba aims to expand into Europe, including through logistics investments of around $ 15 billion.

Even if it is not foreseeable today how successful this project will be, one thing is certain: Alibaba will at least have an easier time gaining a foothold in Amazon's core markets than Amazon in China. So there is an exciting fight ahead. Reason enough to take a closer look at the chances of the two companies.

In fiscal 2017, Amazon had sales of $ 177.87 billion, a growth of 31%. Alibaba's annual sales of 39.9 billion US dollars seem far behind in comparison, nevertheless: If there is one company that could compete with Amazon in the next few years, it is Alibaba. Because if you look at the consistently high growth rates of the group - in fiscal year 2018 it was 58% - Amazon's lead will continuously melt if China's eCommerce market leader continues like this. Especially when you consider that the net profit of both companies is already comparable.

Alibaba can't keep up with Amazon's sales figures. But that could change - in view of Alibaba's European expansion and the rapidly growing Chinese eCommerce.

If you compare “Singles' Day” - a sales event launched by Alibaba - with Black Friday and Cyber ​​Monday, this illustrates how much potential the Chinese eCommerce market has in store for Alibaba: Alibaba generated 30.8 billion on Singles Day U.S. dollar. More than twice as much as the 14.1 billion traders across the United States made on the two western record days.

For years, China has had the largest eCommerce market in the world. No wonder, because the number of Internet users is huge: According to the China Internet Network, there have been over 802 million users since 2018. Although Alibaba is already number one there, the company still has great potential to grow in this market - much greater potential than Amazon still has in its core markets.

Why Amazon will have a hard time in China

Due to its gigantic volume, China's eCommerce market is one of the most attractive for foreign Internet companies. But the market there also has its own peculiarities. Unlike in Europe, where the market shares are comparatively balanced despite Amazon's dominance, in China around 60% are accounted for by Alibaba's B2B and B2C platforms. In addition, Alibaba is behind numerous firmly established eCommerce services such as Alipay, the world's largest online payment service.

Even Amazon has not managed to exceed a market share of 0.7% since entering the market in 2004. And it will probably not be much more in the next few years, if you consider the following aspects:

What are the chances for Alibaba in Europe?

Since the end of 2018 it has been certain: Alibaba will build its first large logistics center - more precisely: "Electronic World Trade Platform (eWTF)" - in Liège, Belgium. This will be the fifth eWTF after Hong Kong, Moscow, Dubai and Kuala Lumpur.

Could Alibaba's European expansion put Amazon in serious trouble in the coming years? Hardly, as the market is already too consolidated for that and Amazon is too firmly in the saddle. Nevertheless, it has been shown that there is still potential for growth - for example, Alibaba has quickly become successful with AliExpress in Germany over the past two years. The B2C app is already one of the most widely used shopping apps after Amazon and Ebay in this country.

Only time can tell how the race between Amazon and Alibaba will end. The competition with a view to technological advances in the field of AI should be particularly exciting. Alibaba's innovative strength is unmatched by Amazon. For example, the Chinese group developed AI chatbots, neural networks to accelerate product launches and AI systems that are intended to improve investment decisions. According to MIT Technology Review, Alibaba's voice assistant is already significantly better than Google's. 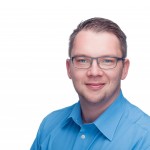 Artur Wagner heads the Customer Success department at FACT-Finder. Previously, he was Head of eCommerce at a company with several online shops. Thanks to his 10 years of experience, Artur Wagner knows exactly the requirements of eCommerce practice. As an expert in shop strategies and customer management in online shops, he advises B2B and B2C companies across Europe - for example Berner and the Takkt Group as well as DocMorris and Deichmann.