How are the Swedes

When you think of Sweden, you automatically think of Ikea, moose, winter, Christmas and reindeer. But what else is typical for the Scandinavian country? We have summarized everything from A for Astrid Lindgren to Z for cinnamon buns that is typically Swedish and that you should definitely know for your holiday in Sweden. 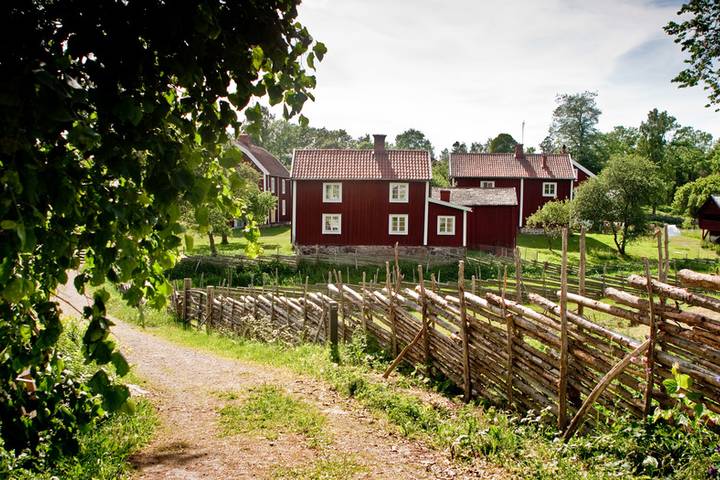 The Swede: modern and carefree

The Swedes are a very open and unconventional people, both among themselves and with non-Swedes. As in Norway, everyone speaks on their terms. The "you" is only used in relation to the royal family and persons of respect. The Swedes also like not to mention a title in conversation with one another.

Unlike in Germany, the spoken word has a very important meaning for Swedes.

The Swede attaches great importance to punctuality and personal trust, both privately and professionally. These attributes are particularly important in working life. Once the trust has been broken, the Swede will keep himself at a distance in the future and professional cooperation will be made more difficult.

In Sweden, hierarchies are also not very important. Everyone, especially in the world of work, is respected and involved in important decisions.

Sweden is a parliamentary-democratic monarchy. Since 1973 King Carl XVI. Gustaf the Swedish head of state. The parliament, the Swedish Reichstag, is re-elected every four years.

The Swedish royal family is not only very popular with the Swedes. The monarchs in Sweden are known for their socio-political commitment worldwide.

Bottom up! The Swedes and the alcohol

Unlike in Germany, you cannot buy spirits such as beer, wine and other alcoholic beverages in supermarkets or other grocery stores. As in Norway, there is a state-owned company in Sweden, Systembolaget, also called systemet, which has a monopoly on the sale of beverages with more than 3.5 percent alcohol. The whole purpose is to reduce alcohol consumption in Sweden.

The Swedes love sweets! Probably the most popular dessert is the cinnamon bun (Swedish kanelbullar). The Swedish delicacy is a baked product made from yeast dough, milk, flour, butter, cardamom and cinnamon (Swedish kanel). The cinnamon bun is a national pastry and even has a memorial day: on October 4th every year, all of Sweden celebrates the Kanelbullens Dag.

When celebrating in Sweden, the Smörgåsbord should not be missing. The Smörgåsbord translates as Swedish buffet. Only at Christmas it is called Julbord (Christmas buffet). There are various fish and meat dishes on this buffet. Of course there are also many desserts on it.

More about eating & drinking in Sweden.

Who doesn't know them: Pippi Longstocking, Ronja the robber's daughter, the children from Bullerbü, Karlsson vom Dach, Madita and little Michel from Lönnberga. These are just a few characters and children's books of the same name by the Swedish writer Astrid Lindgren, who is very popular with children and adults around the world.

Our tip: If you are in Sweden and want to immerse yourself in Astrid Lindgren's stories, you should definitely go to Vimmerby in Småland. There you will find the fairy tale park Astrid Lindgrens Värld with the original buildings of the films of the same name. Unfortunately, this park is only open in the summer months, but it is worth every trip.

Sweden is known for its crime writers. The best-known writer is probably Henning Mankell, who gained notoriety beyond the borders of Sweden, especially through the crime series with Commissioner Kurt Wallander.

Maj Sjöwall and Per Wahlöö were the first authors in Sweden to write socially critical crime novels and who, with their investigator character Kurt Martin Beck, became the role models for Swedish crime writers.

Other well-known crime writers are Håkan Nesser, Åke Edwardson, Stieg Larsson, and Helen Tursten. Most of the thrillers by these authors have been filmed multiple times and have won awards.

The official language of Swedes is of course Swedish. Other recognized languages ​​are Meänkieli, Finnish and Sami. Meänkieli or Tornedal Finnish is a Finnish dialect and is spoken in the Tornedalen valley in the north of the Swedish-Finnish border area. Sami is spoken by a Swedish ethnic group, the Sami, in Swedish Lapland by a few inhabitants of Lapland.

Almost all of Sweden's residents can speak English like their mother tongue, as English is the first foreign language taught in schools and is very prominent on Swedish television. Unlike in Germany, feature films are not dubbed, but only with a subtitle.
So there will be no communication problems on a trip to Sweden.

The national currency in Sweden is the Swedish krona (SEK). One crown is 100 ore. In 2003 the Swedes voted against the introduction of the euro by referendum.

The Swedes and the sport

The Swede loves to move. Preferably outdoors in nature and in community. You can find detailed information under Sports and Activities in Sweden.

Anyone who does not know Ikea is not from this planet. The company was founded by Ingvar Kamprad in Sweden in 1943, opened the first furniture store in Älmhult in Småland in 1958 and now has branches all over the world.

The success of the furniture chain is based on the concept that the customer can purchase everything at low prices, but has to carry out the transport and assembly himself.

The company also sells prefabricated houses under the BoKlok (German: clever living) brand, in which the buyer does not have to contribute. The background to this is to enable newcomers and low-income earners to buy a house.

Swedes love to party and there are plenty of occasions for that all year round. We have recorded the most important ones for you in chronological order:

At the 6th January Trettondedag jul (German: thirteenth Christmas day) is celebrated. The national holiday is to be equated with the day of the holy three kings.

At the 13th January is the Tjugondedag jul (German: Twentieth Christmas Day) the end of the Christmas season is celebrated. Only on this day will the Christmas decorations be removed.

To Easter time, which is called Påsk in Sweden, all children walk around dressed as witches on Easter Saturday to collect money and sweets.

At the April, 30th Valborgsmässoafton (German: Walpurgis Night) is celebrated with songs and talks about spring

The 6th of June is the Swedish national holiday and is called Svenska flaggans dag in Sweden. Once this day was only celebrated in honor of the flag. However, it has been a national day since 1983 and a public holiday since 2005. However, the Swedes do not regard this day as a public holiday.

Not so with the traditional Midsummer Festival. That night after June 21st is celebrated heavily in all of Sweden like on no other day of the year. The summer is welcomed. The midsummer tree is known worldwide.

To the strength skiva (crab meal) in the August Fresh crabs cooked in dill brew are served on the table. It's common to have a schnapps after any cancer. Attention! This custom can lead to premature abandonment of the celebration for non-locals.

The end of summer (Surströmmingsskiva) is celebrated extensively, especially in northern Sweden. It is custom to eat canned herring fermented on this day. There is also potatoes and Tunnbröd, thin bread similar to crispbread. Especially the foul smelling smell of this delicacy keeps most people from eating it.

The 13th December is one of the most beautiful days in Sweden, because on this day the Lucia Festival takes place, the day of the Queen of Lights. Throughout the country, little Lucia girls in foot-length white robes and decorated with candles, accompanied by star boys who are also dressed in white, go from kindergartens to schools and factories and to other public institutions to start the pre-Christmas season with songs .

In the families, the eldest daughter as Lussebrud (Lucia bride), also dressed in white and adorned with lights, has to wake the family and serve breakfast to everyone. The tradition is to eat saffron biscuits from this day and throughout Christmas time, which is called lussekatter in Sweden. The day has its origin as a church day of remembrance of Saint Lucia. Today, however, it is less Christian.