Douglas Adams was a genius

For many, yesterday May 25th 2015 was a lousy, chilled Whit Monday. For some, however, yesterday was Towel Day. The astronauts of the 42nd expedition of the European Space Agency ESA also celebrated Towel Day. 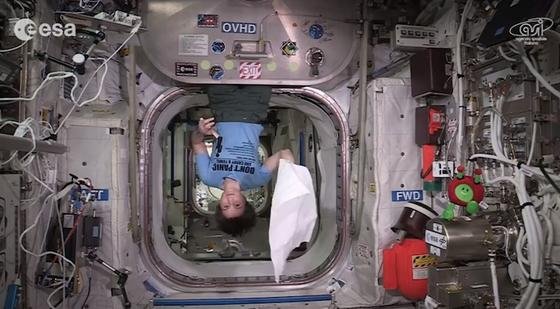 Astronaut Samantha Cristoforetti waves at the camera with her towel. Before that, she had read about five minutes from the book "The Hitchhiker's Guide to the Galaxy" - her personal memory of cult author Douglas Adams.

A door is pushed up, a hatch opens: "DON’T PANIC" is written upside down in black letters on the pale blue T-shirt of Samantha Cristoforetti, who is on board the International Space Station. Then she grabs a narrow red book and begins to read from it. "This is the story of a book. A book called "The hitchhiker's Guide to the Galaxy". After five minutes, the Italian closes the book, pulls out a white towel and throws it into weightlessness. The 38-year-old fighter pilot says goodbye with a "Have the Towel Day" and closes the hatch again.

May 25th is towel day

Insiders know: It is May 25th, which has been celebrated by fans as towel day since the sudden death of the British cult writer Douglas Adams in 2001 to commemorate the author's work. Its main work is the science fiction saga about the intergalactic travel guide, whose plastic cover says "NO PANIC" and which enables everyone to hitchhike through the galaxy. 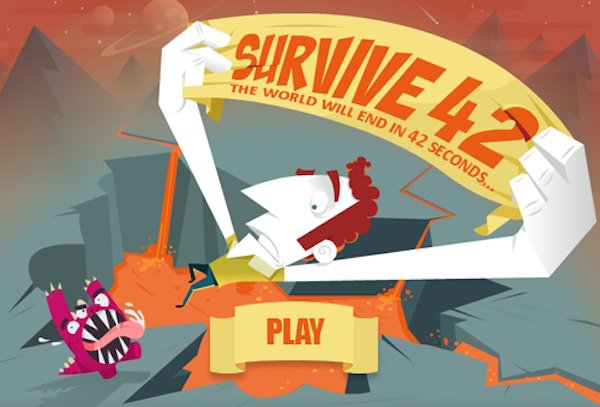 42 is the answer to the big question about life, the universe and everything. At least that's what the great computer Deep Thought thinks after seven million years of hard computing.

"It was brought out in the form of a micro-sub-meson electronics unit, because if it had been printed in normal book form, the interstellar hitchhiker would have been forced to lug around several unwieldy warehouses," says Douglas Adams, describing the intergalactic travel guide .

Towel a must when traveling across the galaxy

In this very work, “The Hitchhiker's Guide to the Galaxy”, Adams skilfully explains the absolute necessity of always carrying a towel with you everywhere: “A towel is about the most useful thing the interstellar hitchhiker can own. For one thing, it is of great practical value - you can wrap yourself in it for warmth as you hop over the cold moons of Jaglan Beta; you can lie on it on the brilliant marble sand beaches of Santraginus V, breathing in the intoxicating vapors of the sea; (...) and when wet it is an excellent melee weapon; you can tie it in front of your face to protect yourself against harmful gases or to avoid the glimpse of the voracious babble beetle von Traal (...); in case of danger you can wave your towel as an emergency signal and of course dry yourself off with it, if it is still clean enough. " 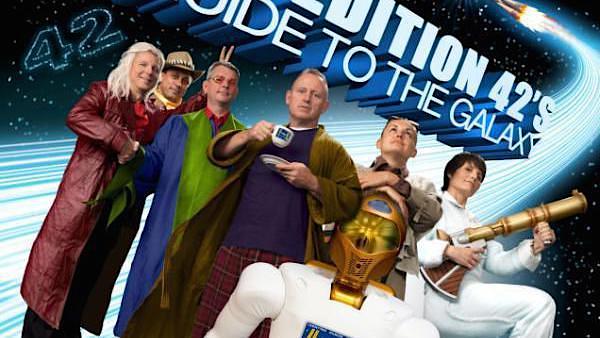 The participants of the 42nd expedition of the European space agency pose for the Towel Day in costumes of the heroes from the science fiction saga.

The earth has to give way to a hyperspace express route

It is precisely because of this overwhelming usefulness of a towel that Douglas Adams fans all over the world celebrate Towel Day on May 25th. You can then be recognized by the fact that you are carrying a towel with you. Just like her hero Arthur Dent, who, together with the travel guide author Ford Prefect, leaves the earth with a towel as the only travel utensil, shortly before the earth is blown up by Vogons, because this planet has to give way to a hyperspace express route.

Drunk in the field near Innsbruck

This wonderfully wacky science fiction story was originally intended to be broadcast only as a radio play on the British BBC in 1978. But Douglas Adams made more of it: From 1979 to 1992 he created a five-volume series of novels.

The author himself said that the idea for this crazy story came to him when he was lying drunk in a field near Innsbruck in 1971 and his gaze fell into the starry sky. Thank you, Douglas Adams, for this lovely drunk inspiration.