How does an automated manual transmission work

Furthermore, there is no manual shift: the gear change is carried out by two actuators (shifting and selecting). This system combines the advantages of a

Here the driver decides which gear is to be shifted by operating the selector lever.

The advantages of an MTA gearbox are:

Relief of the driver. Automatic disengagement in the event of emergency braking and vehicle standstill.

The MTA system, the basic structure of which is shown in Figure 1, consists of the following components: 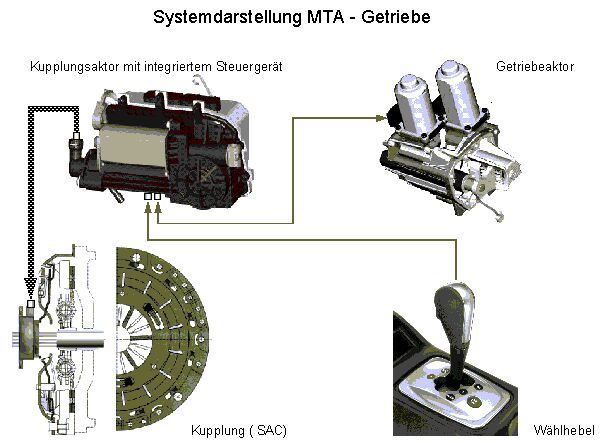 The control unit contains a vehicle type-dependent transmission software, which takes over the control / regulation of the overall system.

The control unit has the following tasks

The MTA control unit is responsible for the entire sequence of a shift (gear change).

The task of the clutch actuator:

The clutch actuator takes over all tasks that are performed by the driver with the help of the clutch pedal in a vehicle with a conventional transmission.

The gear actuator consists of two gear motors and an actuation mechanism. The switching actuator executes the switching movement, the selector motor the movement for selecting the aisle (selection movement).

Functional description of the SAC clutch (Self Adjusting Clutch)

With conventional clutches, the actuating force increases with increasing lining wear. With the SAC, the lining wear is compensated for by an automatic wear adjustment system so that there is no change in the actuation force.

The main difference between the SAC and the conventional clutch pressure plate is that it adjusts the disc spring when it is worn. The tracking takes place in such a way that regardless of wear (mainly lining wear), the angular position of the disc spring and thus the actuation and contact forces remain constant. This wear compensation is achieved in that the main diaphragm spring is not riveted firmly to the clutch cover, as is the case with the conventional clutch pressure plate, or hooked onto the clutch cover by means of brackets, but only axially clamped against the cover with a defined force (sensor force). Between the plate spring and the clutch cover there is a ramp ring which engages in the ramps of the cover and is driven in the circumferential direction via compression springs. 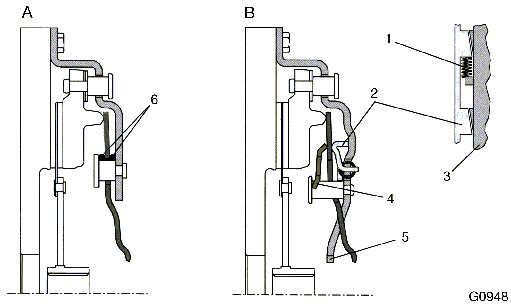 The sensor force is dimensioned so that it can normally withstand the actuation force. If the actuation force increases when the linings wear and if the sensor force is no longer sufficient as a counterforce on the main diaphragm spring, the main diaphragm spring moves axially away from the cover surface in the direction of the motor. The resulting play is compensated for by the preloaded ramp mechanism, which is arranged between the plate spring and the clutch cover. The readjustment process lasts until the actuating force has decreased to the sensor force and thus to the desired level, and the original diaphragm spring angular position has been reached again. 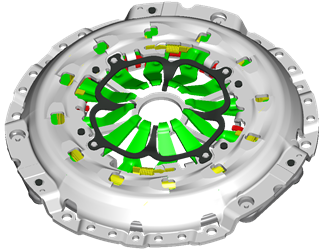 Main advantages of the SAC 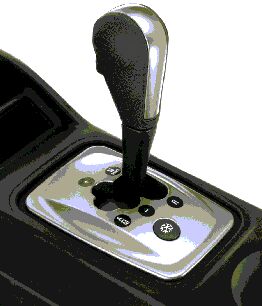 The MTA is a joint development by Luk and Opel

Recommend this page from kfztech.de

You can also read the blog from kfztech.de