Why have Nokia phones in Android 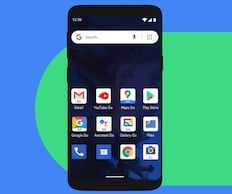 Android Go symbol photo
Google If you want to save your wallet as much as possible, but still want a smartphone with the Google operating system, products based on Android Go are well advised. HMD Global plans to introduce such a Nokia branded mobile phone on December 15, 2020. Most likely, this is an entry-level model with the latest Go version, which is based on Android 11. In terms of hardware, the as yet nameless phone is likely to be found at the bottom of the food chain, but still works reliably thanks to the resource-saving software platform. An RRP below 100 euros is conceivable.

Android Go symbol photo
Google With Nokia 1, Nokia 1 Plus and Nokia 2.1, the Finnish manufacturer HMD Global launched three smartphones with Android Go in this country. Despite the poor working memory and the slowly working SoC, such a cell phone is easy to use. On September 10, 2020, Google released the Go Edition of Android 11, but devices with this software are still in short supply. The license holder of the Nokia smartphone brand could change this fact shortly. GSMArena draws attention to a post in the Chinese forum Weibo. There, HMD Global announces the launch of a new Android Go smartphone on December 15th. 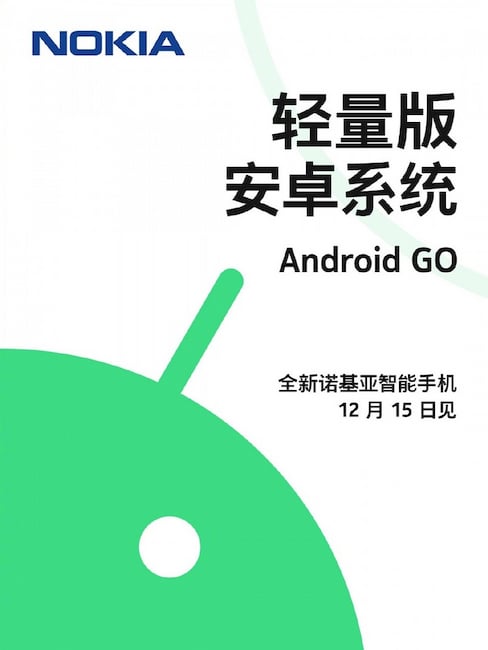 The HMD Global announcement
HMD Global Initially this mobile device seems to be intended for China, but a later market launch in other countries is not ruled out. Interestingly enough, there has not yet been an Android Go smartphone for the Chinese market. This operating system version always comes with Google apps like Gmail Go, Maps Go and Assistant Go - and these are useless in China. So HMD Global seems to have found a way to customize an Android Go smartphone for this particular market.

Android Go requires very little memory. 1.5 GB of RAM is usually sufficient for smooth operation. The purged platform offers 270 MB additional available RAM and 900 MB additional available flash memory. Furthermore, various areas of the operating system have been adapted, so that apps on entry-level smartphones start 15 percent faster than with a regular Android. Nevertheless, users do not have to do without the usual Google services including Google Play.