When will the Abu Dhabi metro be operational?

Metro in the United Arab Emirates: The Dubai Metro

Dubai is the largest city in the United Arab Emirates on the Persian Gulf and the capital of the Emirate of Dubai. With over 2 million inhabitants, Dubai is one of the most populous cities in the country. In 2020 the Expo 2020 with the same name will come to Dubai. The most important economic factor is tourism. Dubai has an impressive infrastructure, caused by the enormous size and the futuristic design of the city. There are some of the world's tallest buildings here, but tourists can enjoy a lot more: shopping, first-class cuisine, nightlife and a lot more attractive offers.

The Dubai Metro is one of the most modern transport systems in the world, and the first suburban train in the Arabian Peninsula. It is a network with driverless trains (Thales Operating System), with air-conditioned stations and specially reserved wagons for women and children, and Gold Class passengers.

There are currently 75 kilometers of fully automated (driverless) networks, so it has been recognized in the Guinness Book of Records as the world's longest metro in this category.

The government of Dubai wanted to build the metro along with other urban projects to attract tourists to the city. The construction of the subway was also implemented to solve the high volume of traffic in Dubai. The plan to build the metro was approved in May 2005. Some of the companies involved in the construction were, Mitsubishi, Systra, Yapi Merkezi, Obayashi Corporation, and Parsons Corporation. According to the original contract, the red subway line should open in 2009 and the green subway line in 2010. However, the contract had to be updated due to additional stations for both underground lines and the opening of the green underground line was delayed accordingly.

Construction of the red metro line began in August 2005, while construction of the green metro line did not begin until July 2006. The Dubai subway opened on September 9, 2009 with the red subway line and 10 subway stops. The Red Line should get 18 more stops by April 2010. Another stop was opened for the red line in September 2013.

The Dubai Metro consists of two subway lines: the Red and Green Lines. The subway has a total of 49 stops. You will find the stops of the respective subway below:

The subway is connected to other public transport owned by the RTA. These are the water bus and the tram. You can use the Nol Card (electronic, rechargeable card) valid for the metro, waterbus and tram. The Nol Card calculates the travel costs and deducts them automatically. You don't have to pay again if you change the subway line or for example. Transfer to the waterbus. You can transfer from the tram at Jumeirah Lakes Tower to the local red line. You can change from the red subway line to the green subway line at the BurJuman and Union stops.

Connection to the airport

The metro has a direct connection to Dubai International Airport. At the airport there are the underground stations Airport Terminal 1 and Airport Terminal 3, which go directly from the airport to the respective terminals. To get to Terminal 2 by subway, take the Green Subway Line to the Stadium or Dubai Airport Free Zone stop and take a taxi from there.

You can also take the subway to Sharjah International Airport. All you have to do is take the Red Subway Line to the Rashidiya terminus and walk the rest of the way.

Finally, in the Arrivals Hall, taxis and limousines can be hired at any time of the day, provided you have paid in advance. The travel time to the city is around 10 minutes.

You can pay the travel costs either with the Nol Card (electronic, rechargeable card) or with tickets (paper tickets). The prices are shown in AED ((United Arab Emirates, Dirham, 1 US Dollar = 3.67 AED, current status 03/20/17). With the Nol Card you can use the subway and many other transport offers of the RTA. You can Do not pay cash in the subway and must therefore buy a ticket beforehand. There are discounts for people with disabilities, students and older citizens. There are also special subscriptions with discounts. The subscriptions are as follows: 1 day pass, 7 day pass , 30-day pass, 90-day pass and 365-day pass. Children up to 0.9m tall and under 5 years of age can travel for free and do not need a ticket or a driving pass.

The electronic tickets, Nol Cards, are available in the following versions: Silver, Gold, Blue and Red. The Red Nol Card is a paper ticket that can be loaded with up to 10 journeys, and only either in the subway or only is valid on the bus. You can pay for the various parking spaces with all Nol Cards. The prices for tickets and electronic tickets are as follows: 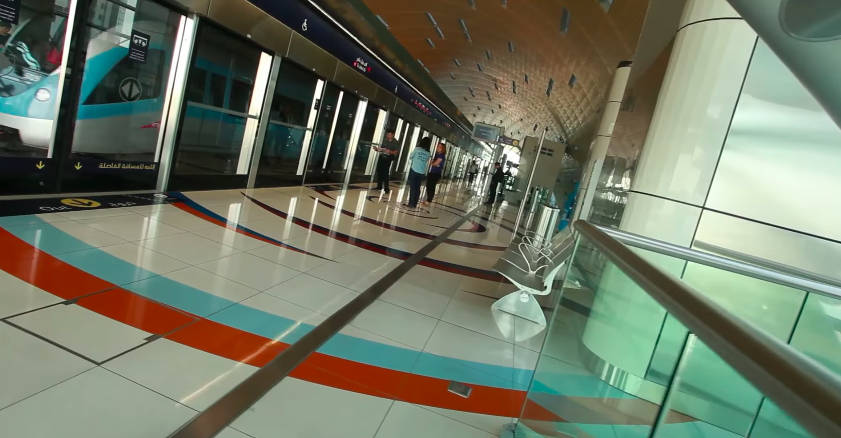 You can purchase a custom design for the card for AED 30. 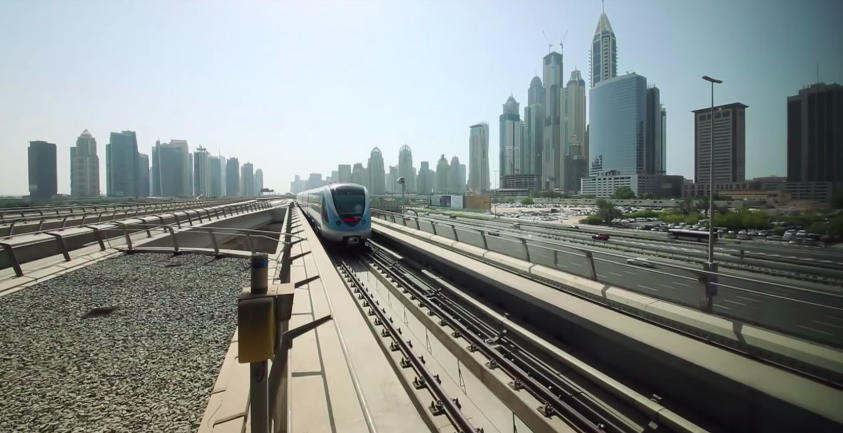 Failure to comply with the conditions of carriage will result in fines ranging from AED 100 to AED 2000. The terms of the metro company are as follows:

Dubai's Metro is considered the "safest underground in the world", with its own police force, over 3000 CCTV on trains and stations to monitor security gaps, an integrated radio system between the underground and emergency services, an emergency telephone in every car and security doors at stations and Platforms.

Another curiosity to be expected of the city of luxury and pomp is the existence of a golden wagon. This offers first-class service with leather seats, panoramic views, carpeted floors and exclusive lighting and design. There is also a wagon reserved for women and children, although it is not mandatory for the women to travel separately. Finally, there is Wi-Fi and telephone coverage across the subway network.

Four more subway lines are planned, the Blue Line, the Purple Line, the Golden Line and the Pink Line. The construction of the Purple and Blue subway lines is still under discussion, but may begin in 2017. The Blue Subway Line will run via Mohammed Bin Zayed Road. The purple line will have 8 stops and will be 50 km long. The connection will run from Al Maktoum International Airport via Al Khail's Road to Dubai International Airport.The Pink Line is planned to be built by 2030. The metro stations will be in the Al Sufouh area. According to plans, the Golden Line should be completed by 2025 and have underground stations in Deira, Dubai Marina, and Arabian Ranches.

The government in Dubai is also planning to expand the Green and Red subway lines. The Green Line will have 12 new underground stations with a further 20 km of railway line. The expansion should be completed by 2020. The new stops on the green line will run from Al Jadaf to the Academic City, Silicon Oasis, Festival City, Ras Al Khor Industrial Area, Lagoons and International City regions.

Furthermore, the Red Line will get 6 new underground stations, and an additional 16 km of railway line. The expansion will allow trips to the regions of Abu Dhabi and Al Warqa'a. 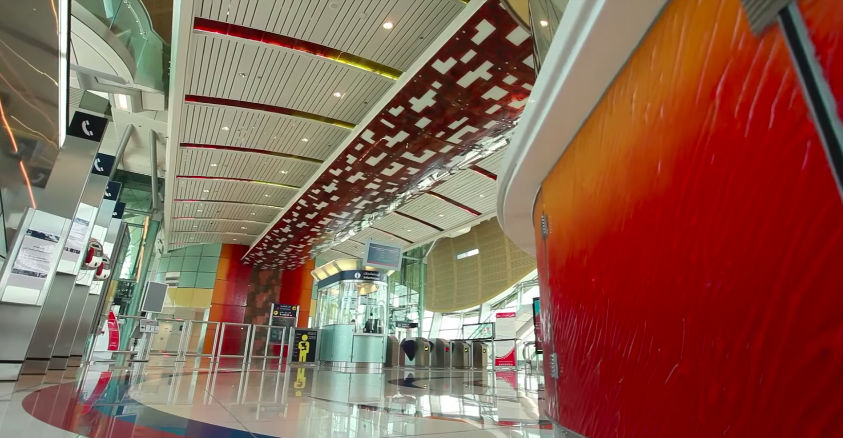 We will use the Airport Terminal 1 underground station on the Red Line as a guide for tourist attractions. To get to the attractions by underground from Terminal 1, please follow this information: