Why do Serbs support Ratko Mladic

One man's criminal is another man's hero. Reactions to the verdict against Ratko Mladić

On November 22, 2017, the International War Crimes Tribunal sentenced Ratko Mladić to life imprisonment for the former Yugoslavia. As the highest soldier in the Army of the Republika Srpska, he fought in the 1992-1995 war for the separation of Serbian-controlled areas from the internationally recognized Republic of Bosnia and Herzegovina. The judges found Mladić guilty of the genocide in Srebrenica, the terrorization of civilians in besieged Sarajevo, the displacement of the non-Serb population elsewhere, the taking of United Nations personnel hostage and other war crimes. The reactions to the judgment showed Bosnia-Herzegovina once again as a deeply divided country.

While representatives of Bosniak and multi-ethnic parties welcomed the verdict and hope it will have a positive effect, high-ranking representatives of Serbian parties see it as shameful and harmful. One side sees Mladić as a criminal, the other side glorifies him as the savior of the Serbs and a victim of international injustice. As the reactions make clear, the Serbian parties remain in a large bubble from which they view the war past in a very different way than large parts of the rest of the world. Nevertheless, one should not certify a failure of the tribunal.

Bakir Izetbegović, Bosniak member of the three-person presidency of Bosnia and Herzegovina, welcomed the verdict. He hoped that the Serbian people would no longer see Mladić as a hero and would celebrate him in songs. The chairman of the Council of Ministers, the Bosniak politician Denis Zvizdić, urged to read the guilty verdict on all those who provoked new conflicts by failing to face their past. Other Bosniak politicians regretted that Mladić was not also found guilty of genocide outside of Srebrenica. Nermin Nikšić, chairman of the Social Democratic Party, which defines itself as multi-ethnic, said that there can be no reconciliation without law and truth. The sentence would only make sense if it helped prevent crimes like these for which Mladić was convicted. The largest Croatian parties did not comment on the verdict either on their websites or in any other Bosnian-Herzegovinian media that I evaluated.

"Forever a hero of the Serbs"

Since the Dayton Peace Agreement in 1995, Bosnia and Herzegovina has been a federation with weak state institutions. Even if these have gained influence, power is concentrated in two republics. One of them is the Republika Srpska. Its president, Milorad Dodik, said Mladic would always be the hero for the Serbs who prevented genocide against the Serbs. The judgment will only reinforce this feeling. Mladić shared the sufferings of his people and entered Serbian poetry. The guilty verdict, according to Dodik, dealt a blow to Bosnia and Herzegovina, which has shown itself to be an “impossible” and deeply divided country. After the end of the war, Dodik was regarded by the peace missions as a moderate and reform-oriented politician and received massive support in order to break the supremacy of the Serbian Democratic Party (SDS) led by Radovan Karadžić.

Vukota Govedarica, chairman of the SDS, describes Mladić as a victim of the tribunal, which is under political and criminal influence and which did more harm than good to the citizens of Bosnia and Herzegovina. The tribunal is taking a selective approach as it neglects crimes against Serbs in its trials. Mladen Ivanić, Serbian member of the presidency of Bosnia and Herzegovina and a high-ranking member of a party categorized as relatively moderate, complains that the tribunal treats the Serbs negatively and does not conduct justice, but politics, thus fueling distrust and political conflicts. Mladić continues to deserve support. Other politicians from Serbian parties (Borenović, Čubrilović, Šarović, Stevandić) have made similar statements.

These statements by Serbian politicians show a common line. They see Mladić not as a perpetrator to be convicted, but as a victim to be supported. The tribunal did not speak right, but committed injustice. It stirs up conflict instead of serving peace and reconciliation. In the statements reported, there is not a single word of regret about the crimes for which Mladić was convicted. After all, Dodik expresses regret for all victims, regardless of which side, and combined this with the wish that the other parties to the conflict should recognize Serbian victims. These general words did not express any distancing from the specific actions of Mladić. To glorify a war criminal who has just been convicted of genocide into a hero and savior and to ask the relatives of his victims to see the Serbian victims, shows the concern to at least relativize the crimes of Mladić. Dodik and other prominent Serbian politicians accept that their solidarity with Mladić conveys the message: “Again at any time!” That is the opposite of what many would like to see in coming to terms with the past: namely, the consensus “never again!” create. The glorification of convicted war criminals is by no means limited to the current occasion of the pronouncement of the verdict. In October 2016, the Parliament of the Republika Srpska awarded honors to wartime leaders, including a number of convicted war criminals. Before that, Dodik had already opened a student residence named after Radovan Karadžić.

“There are no bad races” - messages to a parallel universe

With their reactions to the Mladić ruling, the aforementioned Serbian politicians presented themselves as inhabitants of a parallel universe in which their very own points of view prevail. The world witnessed when Serbian guns fired at funerals and marketplaces from the mountains around Sarajevo, when Serbian units crammed civilians together in large camps or when blue helmets were used as human shields towards the end of the war. For large parts of the Serbian elite in Bosnia and Herzegovina, however, it is an injustice to condemn those responsible for these acts. Dodik even goes so far as to say that the verdict is intended to amnesty the ideology of a mujahideen state. You have to come to that first.

If Serbian politicians do not deny or downplay crimes, which is becoming increasingly difficult for the tribunal thanks to the documentation, they nevertheless deny the individual guilt of the convicts. This is currently the case with Mladić, but was also observed after earlier convictions, such as the one against Karadžić, the former president of the Republika Srpska, or after judgments against other high-ranking politicians and military officials. But who should be responsible for war crimes if not the political and military leaders? As if their subordinates had planned and carried out these acts, completely independent from above and unstoppable by any chain of command!

Many Serbian politicians reject the offer to view this guilty verdict as well as other judgments as a rejection of a Serbian collective guilt. The chief prosecutor of the tribunal, Serge Brammertz, declares that it is not a question of a condemnation of the entire Serbian people. Valentin Inzko, High Representative of the international community interested in Bosnia and Herzegovina, emphasizes that there are no bad peoples, only bad individuals. Izetbegović is convinced that the vast majority of Serbs do not identify with Mladić and his crimes. Dodik rejects such offers of interpretation, interpreting the judgment as a slap in the face for the Serbian people. Similarly, Petar Đokić, chairman of the Socialist Party and coalition partner of Dodik, sees the guilty verdict as a settlement with the Republika Srpska and the Serbian people. The glorification of Mladić as a hero of the Serbs makes this people responsible for the deeds of this man. This is aptly stated by Predrag Kojović, a Serb and chairman of the non-ethnically oriented “Our Party”.

Despite all the criticism of the Serbian elite, it must be mentioned that similar dynamics emerged in judgments against Croatians and Bosniaks. The convicts were seen less as perpetrators than as defenders and thus as heroes of their own people and as victims of the judiciary. It is true what Serbian politicians claim: the tribunal has convicted many more Serbs than Croats, Bosniaks or Albanians. Part of the necessary differentiation is that war crimes were committed on all sides, but not in the same proportion and not of the same severity. The war in Bosnia and Herzegovina cost the lives of around 105,000 people, around two thirds of them Bosniaks and a quarter of them Serbs.

With the Mladić ruling, the work of the tribunal is drawing to a close. As outlined, the processes did not bring the parties to the conflict to agree on a reading of the war past and to develop a common version of a better future from it. Despite this lack of integrating effect, the tribunal did not fail across the board (here for a detailed analysis of how the past has come to terms). It has established facts that neither side can hardly deny. The Serbs no longer deny that there was a great crime in Srebrenica, even if they reject the classification as genocide. The tribunal has also prevented impunity and possibly war crimes elsewhere. In Bosnia and Herzegovina itself, it removed people from active politics, including Karadžić and Mladić, who stood in the way of the peace and democratization process, even if they were able to evade their processes for many years. 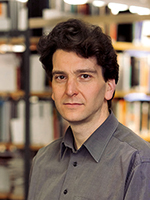 Thorsten Gromes is a research associate at PRIF in the Internal Conflicts program area. His research focuses on post-civil war societies and so-called humanitarian military interventions.