How do artists get away with plagiarism

Really wrong - plagiarism as a concept

Velázquez, El Greco, Rembrandt or Rubens. Names of old masters that make lovers click their tongues. But to admire the originals you have to travel long distances. For example to the Prado in Madrid, the Louvre in Paris or the Stedelijk Museum in Amsterdam.

Very few people know that you can find works by the same well-known painters in a small, bumpy side street in Berlin-Neukölln: In the "Kunstsalon Posin", a smoky studio of famous art forgers. Hundreds of old master works from five centuries are stacked inside, which would be priceless if they were real. 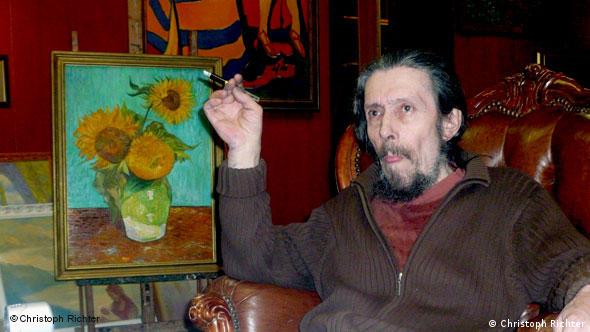 Ideal of the artist

They were created by three art forgers from Russia, Evgeni, Michail and Semjon Posin. Three smoking geniuses painters around 60 who look as if they came from another time. They call themselves art copyists.

Yevgeny Posin's clothes are smeared with paint. His hair is thin and shaggy, his gaze is grim, the cigarette sticks casually to his lips. It is reminiscent of a mixture of a Russian monk and a Dostoevsky figure. Jewgeni is in the process of painting a classic of Expressionist Modernism: "The Blue Horses" by Franz Marc. Yevgeny does this with a quick and sure line and without a template, as if he had the whole history of art in his head. 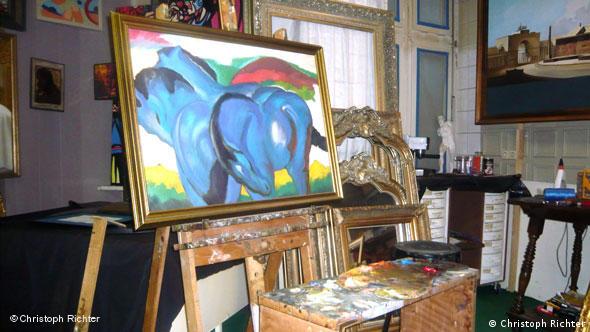 Michail Posin is the youngest of the three forger brothers and the philosopher of the family. He stresses that they don't just copy pictures. He compares the falsification of a picture with the delivery of a child. Because the works of the three are painted so terrifyingly perfectly, they are very popular with collectors. Forging is by no means criminal, says Yevgeny Posin. Copying is allowed if the creator of the original has been dead for at least 70 years. Your work requires special drawing skills. Baroque art consists of 80 percent craftsmanship and 20 percent talent and inspiration, explains Semjon, the oldest of the three Russian counterfeiters in Neukölln.

The world of the old masters

The brothers' claim, they never tire of repeating this, is not just about reproducing the pictures in a deceptively real way. You want to give the works a soul. They learned the great art of copying while studying at the Leningrad Art Academy in the 1970s. The pictures from the Posin art salon are not particularly expensive. A counterfeit costs between 1,500 euros and 3,000 euros. The older an original is, the more expensive the counterfeit will be. Because the Posins paint very carefully. After all, the Old Masters painting style is not easy to copy. Customers don't want to buy a poster, but rather a picture that reflects the zeitgeist of an entire era. Therefore the brothers only work at night. So you can hide reality and immerse yourself completely in the world of the artist. 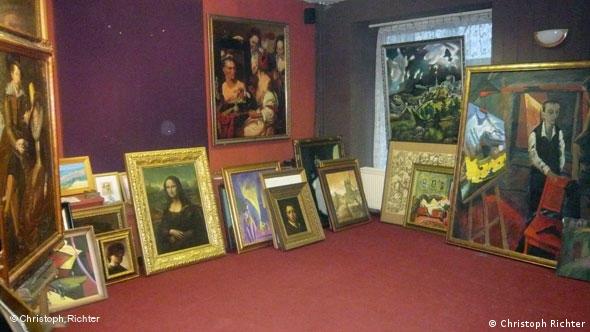 As a dissident in the West

The Posin brothers, who have lived in West Germany since the mid-1980s, come from a Leningrad intellectual family. Her mother was German. The father is a St. Petersburg Japanologist who was exiled to Siberia under Stalin, where he went to the Gulag and was killed. Nevertheless, thanks to their amazing talent, the children were allowed to study. They quickly came into contact with the illegal art scene. They became dissidents, but the Soviet officials wanted to get rid of them so that they were allowed to travel to the West.

If you order a picture, you will receive a complete package, which also includes the appropriate frame. The customers come from all areas, including the former Berlin Senator for Culture, Christoph Stölzl, who recently ordered three modern works. Or the soccer manager Rainer Calmund. The annual turnover of the Posin brothers is estimated at 120,000 euros. Not a bad sum for artists in times of crisis.

Passion for the job

But the Posin brothers paint not only for the sake of money, but also so as not to get bad thoughts. Because her art is a form of painting therapy to forget the time of communist repression in the Soviet Union. They have never been back to their old homeland since then, just as they do not have any Russian painters in their program. In contrast, her whole pride is "La Gioconda", the Mona Lisa. The world famous oil painting by Leonardo da Vinci. They also visited the Louvre in Paris several times, mixed colors and looked for antique wood.

Now the beautiful woman leans against her studio wall and warms their hearts anew every day. The hearts of three counterfeiters whose perfection is unique in the world.