How does Russia see North Korea

In the Russian port city of Vladivostok, Vladimir Putin and Kim Jong Un met for their first ever meeting. "I am pleased to see you here," said the Kremlin chief, welcoming the North Korean ruler on Russky Island - a site of the Far Eastern University. Putin expressed the hope that Moscow could help resolve the dispute over the North Korean nuclear weapons program.

The subsequent conversation between the heads of state lasted just under two hours. Putin said the conversation was "meaningful". Both sides also discussed how the situation could be improved. "We were able to talk about the history of our relations and about today as well as the development of the bilateral relationship". Ruler Kim thanked Putin for a "great" time. He hoped that the negotiations would continue "fruitfully and constructively" as well.

Before the talks, Putin praised North Korea's efforts "in developing the inter-Korean dialogue and in normalizing North Korean-American relations". Like the USA, Russia is interested in nuclear disarmament in its neighboring country. On his first visit to the nuclear power Russia, Kim is likely to demand security guarantees should he agree to disarmament steps. 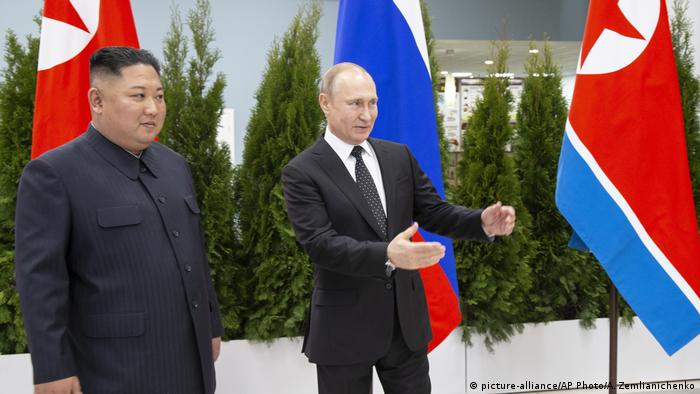 "I am pleased to see you here," Vladimir Putin welcomed Kim Jong Un at the start of the summit in Vladivostok

In return for a compromise on the nuclear program, Moscow wants to work to ease sanctions against Pyongyang. Because of the North Korean nuclear and missile tests, the United Nations has imposed severe sanctions on the isolated country. Tens of thousands of North Korean guest workers, who are an important source of income for North Korea, are threatened with expulsion from Russia. Both sides want to prevent that.

In addition to the controversial North Korean nuclear weapons and missile program, the meetings between Putin and Kim will also focus on expanding trade relations and humanitarian issues. After the one-on-one discussion between the two heads of state, the delegations from both countries are now to come together. According to official Russian information, no joint summit declaration or other agreements are planned. Some Russian commentators described the meeting as an image campaign for Kim and Putin.

It is possible that North Korea's rulers are deliberately seeking proximity to Russia two months after the failed summit with US President Donald Trump. At their meeting in Vietnam at the end of February, Kim and Trump were unable to agree on key issues relating to North Korea's nuclear disarmament. Nevertheless, they rated the meeting positively afterwards. Just recently, Trump also declared another summit possible.

Due to the military exercises currently under way by South Korea and the USA, however, new tensions arose only a few hours before the summit in Vladivostok. North Korea criticized the air maneuvers, they endangered relations between the Korean states, said a spokesman and announced "appropriate countermeasures by our army", as the state news agency KCNA reported. 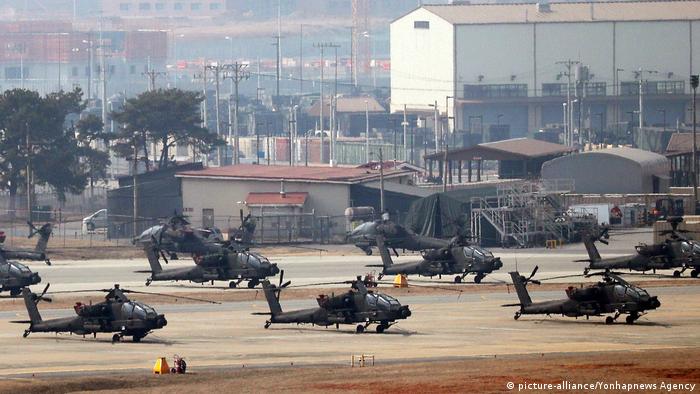 In March, the USA relocated helicopters to South Korea for the planned military exercise

The US and South Korea's military exercise could "not hide the aggressive, offensive and contentious nature of their hostile actions," said the spokesman for the North Korean Committee for the Peaceful Reunification of the country. By changing the code name of the exercise in South Korea, both states would suggest that the maneuver had been reduced in scope - but this was not the case.