Are Dravidians related to Africa 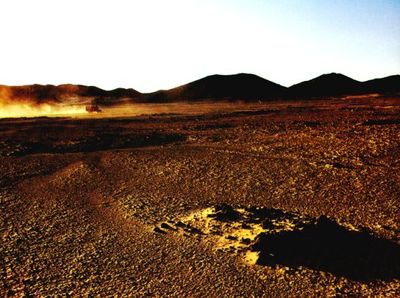 Fig. 1 Where today sand, dust and rubble determine the image of the Sahara (here a photo from today's Sudan) there were still 'blooming landscapes' more than 5000 years ago.

Pastoralism and fishing preceded food production in the ancient Sahara. It would seem that a group of hunter-fisher-gatherers who clearly specialized in hunting animals (as evidenced by arrowheads) became ranchers because they were well acquainted with the habits of the animals, and therefore quick made the switch from hunter-fisher-gatherer to livestock farming when the climatic conditions in the Sahara made it impossible to collect grains.

Moderate climatic conditions enabled the Proto-Saharans to devote themselves intensively to the domestication of plants. As certain clans and ethnic groups became more settled, food surpluses led to the emergence of places and cities, complex political organization, social hierarchy of individuals in society, and craft specialization. Linguistic evidence suggests that the Proto-Saharans practiced a form of intensive agriculture that was achieved through the use of complementary underground water storage and sewerage techniques plus additional fertilization [e.g. through targeted planting; d.Ü.] of the cultivated land was characterized.

The ability to produce excess food led to population growth, changes in social organization, and class differences. Of course, the increase in population forced the ancestors of the Proto-Saharans to penetrate into more marginal areas as well. This population pressure presumably forced many Proto-Saharan clans to domesticate plants and animals in order to maintain traditional standards of food production.

The ancestors of the Dravidians, Mandingo and Sumerians were organized in a federal system during the Neolithic subpluvial. These early Proto-Saharan people made adequate use of the local flora and fauna and established permanent and seasonal settlements around rich fishing grounds. They lived on plains on which there were isolated mountains and numerous flood plains because of the rainy periods in the old Sahara. 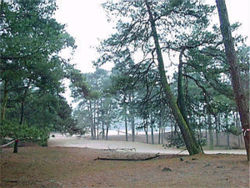 Fig. 2 The enormous climate changes at the end of the Pleistocene made the Sahara the 'Garden of Eden' for several millennia. Then this fertile metropolitan area slowly but inexorably began to silt up and to dry out more and more.

The early ability of the Proto-Dravidians and other Proto-Saharans to find permanent sources of food and shelter during the Neolithic resulted in the increasing importance of women in domestication, due to the hunting of game and the constant compulsion of the Proto-Saharans to eat and the search for herds of wild animals as a source of food was no longer so urgent. The stability of the domestic hearth, maintained by the women, led to the development of a matriarchal system. In addition to a matrilineal pattern of succession, women among these people had the same rights as men. Women created agriculture. Thus the term "Ma" appears in the languages ​​used by the descendants of the Proto-Saharans to designate both "mother" and "earth".

The Proto-Saharans claimed to be descended from the 'Maa' or 'Fish Confederation'. This Maa confederation was composed of Egyptians, Elamites, Dravidians, Mandingo and Sumerians. In honor of their great ancestor, Maa, they worshiped a deity named Amun, Amon, or Amma. In addition, the descendants of the Proto-Saharans used the expression Ma to express greatness or majesty, i.e. in Mandingo "Maga" and Dravidian "Ma". Other Proto-Saharan tribes boasted direct descent from the great Maa, the founder of the Fish Confederation. The Mandingo, for example, called themselves Mande, "Children of Ma", while de Sumerians were called Ma-Garri ("Children of the High God").

The Proto-Saharans used common place names. Evidence for such common place names was provided by Dr. Bator Vamos-Toth discovered. Dr. Bator Vamos-Toth, calls this ancient civilization - root culture - Tamana. The term Tamana can be interpreted in the Mandingo and Dravidian languages ​​as "place of strength", "base" or "settlement of origin". The term Tamana is one of more than 1,000,000 used by Dr. Vamos-Toth discovered place names that connect Africa, Asia and Europe.

The term Tamana may have been a popular place name for the Proto-Saharans as they expanded beyond the core of the Proto-Saharan region to denote an urban colony or trading center they established between hostile and alien tribes. The Proto-Saharans also had their own writing system. This writing system was used by the Dravidians in the Indus Valley, the Mandingo in the Western Sahara, and by the Egyptians. The ancient Proto-Saharan script represented a logo-syllabic system. The words used to write these characters down were monosyllabic [one-syllable; d. Red.].

Fig. 3 The roughly 9000 year old rock engraving of a giraffe on the Niger. A trace of the proto-Saharan prehistoric culture of Africa?

The writing was carved into rock and pens were used to bury them in their damp clay. This view is supported by the fact that the term for script in Dravidian and Egyptian is / l /, / r / or / d /, with a U added to the opening consonant. In Sumerian, for example, the script was called Ru and Shu, in Elamite: Talu, in Dravidian: Carru and in Egyptian: Mdu. These terms are consistent with the Mandingo terms for 'dig up' or 'hollow out': du, do, kulu, tura, etc. This shows that the Proto-Saharan expression for 'write' is the creation of impressions in damp clay or hard Rock expressed. The Sumerian term for 'chisel' was you.

A comparative study of the Proto-Saharan languages ​​(PS) gives us a very clear indication of their cultural peculiarities at the time of separation. Suzanne Romaine gives a good example of the peculiarity of the linguistic research field and that of socio-cultural research and of the synchronicity with diachronic history fields. This use of linguistic data to illuminate the cultural history of related language groups was also supported by Labov, who assumed that peoples with similar socio-cultural characteristics would also be linguistically similar. As will soon be explained, this theory is supported in the book by the analogy between the Dravidian, Mandingo, and Sumerian languages.

It is interesting to note that the Dravidians, Mandingo and Sumerians, although they lived in different topographical and climatic zones and in self-sufficient, semi-isolated regions, used the same expressions to denote the earliest elements of civilization; Expressions that show little phonological divergence. In addition, these expressions are generally understandable [for all members of this language family]. This shows that the languages ​​used here descended from a common original language: Bafsudraalam. 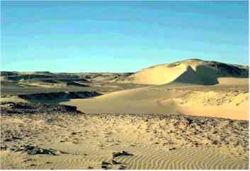 Fig. 4 What explosive secrets do the huge sand dunes of the Sahara hide from us? Did the 'cradle of mankind' once stand here?

The early contact between the Dravidians, Mandingo and Sumerians in the Proto-Sahara resulted in great similarities in the field of cultural lexical expressions. This is primarily evidenced by the affinity between culture-dependent expressions that relate to the proto-civilization of those who spoke these languages. The sedentary way of life of the Proto-Saharans underscores the role of culture as a determinant of linguistic structures and vocabulary. A study of the Proto-Saharan languages ​​illustrates that the users of these languages ​​lived in cities (PS * uru) and had rulers (PS * sar). In addition to their urban life, the Proto-Saharans had built large-scale roads called PS * sila.

The PS expression for humans or humanity was PS * oku. The mother of the family was called PS * amma or * ma, and the father was called PS * pa. Children of both sexes were commonly referred to as PS * de / di / du. They lived in houses called PS * -u / * lu. The Proto-Saharans used the suffix PS * -ta to denote a place of residence. Reclamation was called PS * ga (n); arable barren land near water was designated as PS * de / i (n).

The Proto-Saharans were great sailors. They used celestial navigation to travel long distances. The Proto-Saharans also used boats called PS * kalam. Hunting was an important aspect of proto-Saharan life. Consequently, the bow and arrow were a popular weapon, i.e., arrow PS * kaka. Many of the long-distance journeys made by the Proto-Saharans were in search of valuable metals. The Proto-Dravidians dominated the lapis lazuli trade for centuries. As a result, they knew my way around mining. Hence the common expression for 'dig': Dravidian tulai, Mandingo du, tyolo, and Sumerian dul, tul,: PS * tul.

Previously, we discussed many of the cultural achievements that Proto-Saharans created in ancient Africa. Linguistic evidence makes it clear that the Dravidians, Elamites, Black Africans and Sumerians originally lived in the highland regions of the Sahara until the Sahara began to dry up. When the highlands of the Sahara became desert, the Proto-Saharans spread from Central Africa to America, Europe, Asia and across Africa.

This post by Dr. Clyde Ahmad Winters © appeared online for the first time under the title "The Proto-Saharian Civilization" at http: //www.The_Proto-Saharan_Civilization.htm (no longer online; now available at: http://www.geocities.com/olmec982000 /proto2.htm) Translation into German and editing: Atlantisforschung.de