How much would a hovercraft cost

Supercraft: Float over land with 128 things

Hovercraft can move over any surface, be it water, ice or land. Large commercial hovercrafts stopped operating across the English Channel 13 years ago because the cost was too high. Now there is a new opportunity for the all-rounder: Mercier Jones offers a fun version for private use. 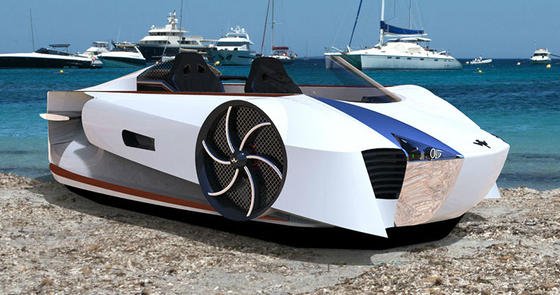 Whether on land or in the water: The Supercraft from Mercier Jones is definitely an eye-catcher.

Worldwide, the hovercraft are mostly called hovercraft because they float above the ground. Currently, only the military is using the all-rounders on a larger scale. Mercier Jones wants to change that soon and start selling his Supercraft in May.

Mercier Jones' Supercraft has two electric motors to generate the air cushion and move it. The power for the drive is provided by a 60 HP rotary engine, which temporarily stores the electrical energy in a lithium-ion battery. The fuel consumption is stated by the manufacturer as 19.5 liters per 100 kilometers. The tank holds 38 liters, which gives a range of a little less than 200 kilometers. Mercier Jones cites the maximum speed over water at the equivalent of 64 kilometers and over land at 128 kilometers per hour. Supercraft is 4.32 meters long, 2.16 meters wide and 1.22 meters high.

The two seats of the Supercraft are arranged one behind the other. Mercier Jones explains this with the better balance of the vehicle in this way. The body is made of carbon fiber composite material. For the seats, the company took those from Formula 1 racing cars as a model. So that the occupants don't get too warm, they can access cold drinks from a cooling compartment. 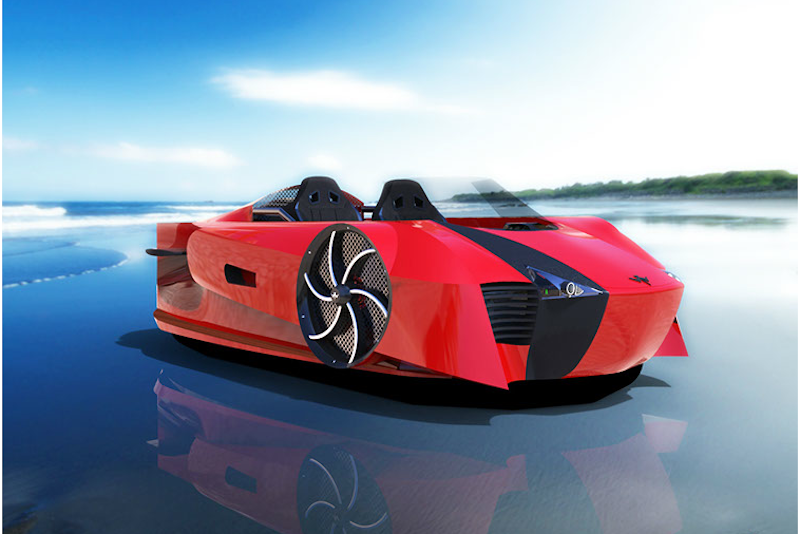 Mercier Jones' "Supercraft" hovercraft has two electric motors and is expected to reach a top speed of around 64 km / h over water.

The interior cladding can be determined by the buyer. If wood is desired, teak, walnut and maple are available. In addition to the normal instrumentation and technical equipment of the hovercraft, there are also position lights in green and red for water travel - in accordance with the shipping regulations.

Risk for buyers: Mercier Jones has only existed since 2013

The order is by no means without risks for the customer. Mercier Jones in Chicago was only founded last year. The company refers to its patented drive solution without explaining it in detail. Above all, it remains open whether Mercier Jones already has sufficient capital for series production.