Which is the most toxic compound

The elements of death

Arsenic, thallium, polonium - many elements are deadly. However, not all of them are suitable as murder weapons: in many cases, effectiveness is not only dependent on the dose, as one chemist explains.

In Friedrich Schiller's tragedy “Cabal and Love”, the young major Ferdinand von Walter first poisoned his lover and then himself with arsenic. The two characters die within a few minutes. This is fiction, but arsenic has also been used as a murder poison in the real world at least since late antiquity. Simply because it has not been proven for a long time. However, arsenic in its pure, elemental form was never used to murder, as the chemist Hubert Huppertz from the University of Innsbruck explains. “Arsenic, as the element is in the periodic table, can be consumed almost without any problems. Nothing happens there. "

The element arsenic is not toxic

However, the combination of arsenic and oxygen is extremely carcinogenic and deadly. This is called arsenic. “The reason for this is that these phases are then water-soluble and, above all, can enter the oxidation stage plus three catastrophic reactions.” The white, sweet powder causes diarrhea, vomiting, stomach ache and headaches. Death occurs after a few days. 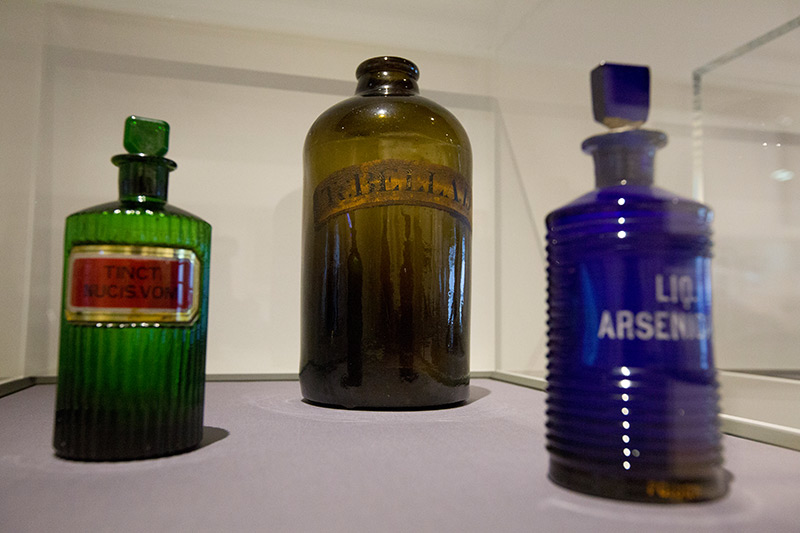 Even mercury in its elementary form is not automatically deadly, explains Huppertz. “Mercury is such a middle thing. If you ingest it in liquid form, it normally comes out through the digestive tract. ”For this reason, the element with the atomic number 80 was also used as a laxative in the Middle Ages. "The patients were asked to drink mercury and then jump up and down as often as possible so that the heavy metal loosens the intestinal obstruction."

If the room temperature is slightly higher, however, highly toxic vapors are formed that enter the body via the lungs and can be fatal. "One way or another one should never consume mercury today."

150 years of the periodic table

Dated October 17, 1869, Viktor von Richter had his "Report from St. Peterburg of October 17, 1869" printed in the reports of the German Chemical Society 2 (1869) 552. In it he reports on a meeting of the Russian Chemical Society on October 2nd (October 14th according to our calculations) 1869, at which the Russian chemist Dmitri Mendeleev presented his views "On the relationship between properties and the atomic weights of the elements".

Selenium: between necessity and poison

The following applies to the next elements: The dose makes the poison. This applies above all to selenium. The semimetal, which is gray in its elementary form, regulates the thyroid metabolism and is also an important component of sperm. But too much of it is fatal. “If I ingest more of it over a long period of time, it actually becomes fatal. We get symptoms of selenium poisoning such as inflammation of the respiratory and digestive organs as well as the mucous and outer membranes. "

Even the odorless and tasteless element thallium only becomes fatal for people once a certain amount has been reached. “It takes about 800 milligrams for an adult to reach a lethal dose. That is a comparatively large amount. "

Thallium used to be an effective remedy against rats and ants. As it is too dangerous for humans, the poison was banned. As with selenium and arsenic, thallium death comes in phases, whereby with thallium it can take weeks before the human organism gives up. First the body reacts with diarrhea, then hair loss, up to cardiac arrhythmias and nerve disorders.

The dose makes the poison

Finally, one of the deadly poisons that are harmless with the right dosage is chlorine. On the one hand, it is a poisonous war gas that was used as a chemical weapon in the First World War. On the other hand, everyone knows chlorine from the swimming pool, where it is used for disinfection. Here, however, it only kills bacteria. "One can say about the breadth of chemical compounds and elements that the concentration decides in many cases whether a substance is lethal or not," says Huppertz. 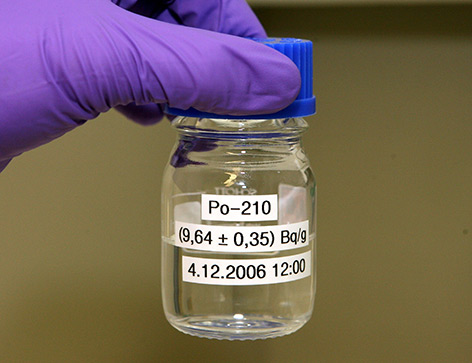 In any case, however, radioactive elements such as polonium are deadly. For example, the former Russian and British secret service agent Alexander Litvinenko died of polonium-210 poisoning. It is believed that it was mixed into his tea. Once in the body, the isotope attacks the cells and destroys them. However: “It is incredibly difficult to get hold of polonium because of course it also constantly breaks down and it loses its effectiveness and it is extremely complicated to administer the element. You need a very good secret service that can actually do it. ”The case has not yet been resolved.

One of the deadly elements, albeit unsuitable for murders, is phosphorus. If the element, which looks like an amber, comes into contact with oxygen, it reacts and immediately starts to burn. “That's why you can't ingest phosphorus because it would burn beforehand.” However, incendiary bombs were built with the element that suddenly set entire areas on fire. “That's why phosphorus is very dangerous. Bombs like this are still lying in the Baltic Sea today and they slowly corrode and release phosphorus. ”The element is harmless as long as it is surrounded by a protective layer of water. "It does wash up on the beach, however, and it sometimes happens that children pick up phosphorus and get dreadful burns when the amber-like element dries."

Antimony is also deadly, although unsuitable for murder. “As a rule, antimony causes a strong nausea. If you ingest it, it is eliminated again relatively quickly because you practically can't stand it, you have to vomit immediately. "

More on the subject: