Why are the Redskins awful

The Washington football team will kick off the season next Sunday with a conspicuously inconspicuous new look: no nickname, no iconic logo.

The franchise dropped its nickname "Redskins" two months ago because it is considered a racist denigration of Native Americans. In addition, they gave up their logo, a stylized chief's head with feathers. Until a new emblem is found, players will wear simple red and gold playing attire, with their numbers on the helmet instead of the team iconography.

"Great victory for the activists"

The game between Washington and the Philadelphia Eagles on September 13th will therefore be a historic moment for those who campaign for Native American rights. They had long fought for the US capital city team to drop their controversial nickname and logo. In July, Washington finally gave in to growing pressure from local politicians and well-known sponsors.

"It was a surreal experience," says Paul Chaat Smith, Komantsche, author and deputy curator at the National Museum of the American Indian (NMAI; German: National Museum of the Indians) in Washington, opposite DW. "It is a great victory for the activists who have been part of this movement." Joe Podlasek, chairman of the Trickster Cultural Center in Chicago and a member of the Ojibwe tribe, is delighted in an interview with DW about the change, which was "long, long overdue". 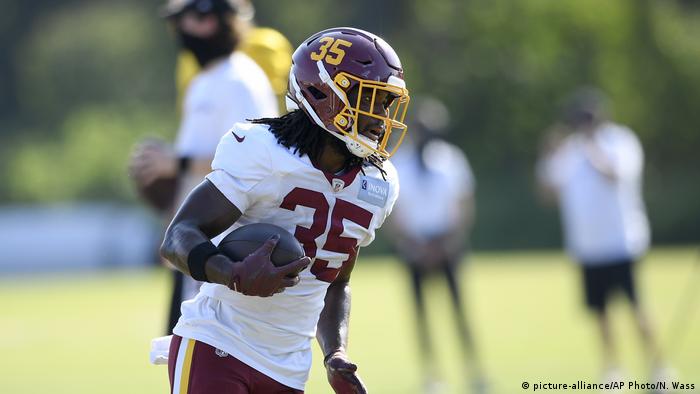 Yet, while the NFL franchise's decision was monumental, it remains an isolated case in the broader debate about Native American sport taking over - and a case in which even some American Indians disagree.

The Indians announced in July that they, like Washington, would be checking their names. The baseball club dropped its controversial Chief Wahoo logo, the caricature of an Indian warrior, last year. But the Braves, Blackhawks and Chiefs stayed true to their names. In 2013, the National American Indian Congress (NCAI) called for the abolition of all Native American references in the sport, arguing that they were spreading stereotypes that exacerbated racial inequality.

Podlasek advocates a more differentiated approach to the issue: "Many demonstrators just lump them all together. If there are mascots or symbols with an Indian connection, they should be gone. I disagree," he said. "I'm trying to understand both sides. I may not agree, but I need to understand what you're thinking." 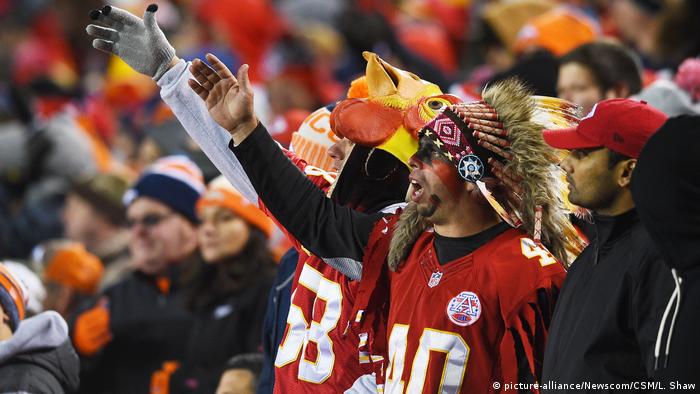 Smith, on the other hand, thinks it would be better to remove all references to Native Americans, since newly formed sports teams do not want to have anything to do with Native American imagery given the current political climate in the United States. "A new team would never want to be associated with any of these names," said Smith. "So you only defend something because it already existed, and that is simply no longer a sufficient reason".

Smith noted that the National Indian Museum generally wants to move away from mandating sport names. "We're trying to get away from the idea of ​​having to judge that one name is terrible and the other is kind of okay," he said. "We don't want to be involved in it at all anymore."

Although their team names remain taboo for the time being, the Braves, Blackhawks, and Chiefs have taken, or at least considered, action, such as banning Native American-inspired headgear in the stadiums or abolishing tomahawk chop, which makes fans rhythmic with the forearm Strike forward to simulate the strike of a tomahawk. Foam tomahawks are even placed on the seats of the Braves so that the fans can actually hold a hatchet in their hands while chopping. 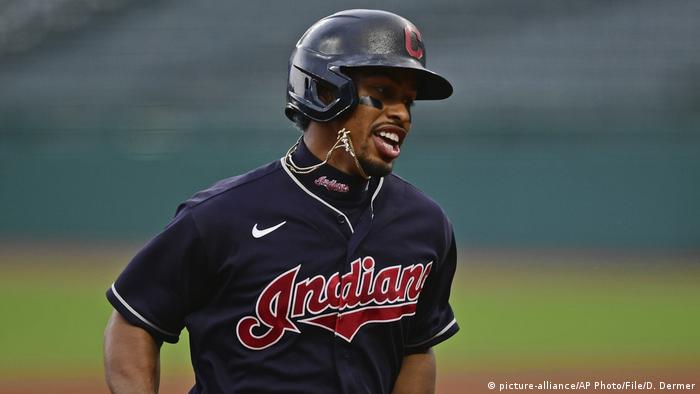 The Cleveland baseball players are considering a name change

Podlasek, who worked closely with the Blackhawks when he ran the American Indian Center in Chicago, admits that change takes time. A decade ago, hundreds of Blackhawks fans would have wore headdresses and face-paint to the games, but that number has now dropped to just a handful. Arts education is an important part of the process, says Podlasek.

"When we say, 'Okay, the tomahawk chop goes way too far, let's get rid of it', we're doing it from the indigenous perspective, but we have to work to make people understand why this is not right" said Podlasek.

Smith, on the other hand, believes that as long as the nicknames and logos persist, there will still be a small percentage of fans who will behave inappropriately biased. "Any Native American topic, regardless of wording or intent, will support these stereotypical reflexes," said Smith. "There will always be fans who will behave horribly.