If CFOs want careers, they should get along well with the CEO

A survey shows that around a quarter of the CFOs surveyed would like to have a career and take on CEO responsibilities. Although general management experience is considered to be the most important skill on the way to becoming a CFO, many are missing precisely this when it comes to the CEO question. 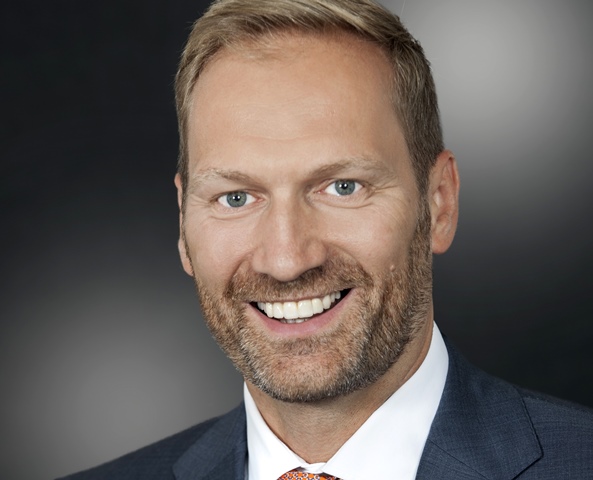 Basis for a career from CFO to CEO: "To consciously go into the deep end to take on operational responsibility," says Marcus Schneider from Korn Ferry. (Photo: Korn Ferry)

Economic failure is no longer the reason to kill a career: In a worldwide survey of 321 group chief financial officers (CFO) by the personnel and organizational consultancy Korn Ferry, only eight percent answered that the business objectives were not met most important reason for recall is. In contrast, 41 percent of those surveyed indicated that a falling out with the CEO would lead to resignation. And more than half consider such a rift to be the most important reason why the CFO himself throws in the towel.

Reason for termination No. 1 for CFOs: A fight with the CEO

"The numbers underpin what we have been observing for years," says Marcus Schneider, Senior Client Partner and specialist in filling CFO positions at Korn Ferry. “People are hired on the basis of their professional skills. And dismissed again due to a lack of personal fit with the corporate culture. "

CFOs are, for the most part, number two in companies and work very closely with their CEO. Accordingly, there is a high level of mutual dependency. “When hiring a CFO, board members and CEOs should pay particular attention to the following: Does this candidate, with his or her character traits, individual motivators and on a human level, suit me and the corporate culture? And not just on the basis of professional experience and expertise, ”says Marcus Schneider. “This knowledge has led to the fact that personnel searches in the CFO environment have changed significantly. Away from: Where are there suitable candidates at all? Towards: Who are these candidates really? And above all: Do the candidate fit together with the CEO and management team? While a candidate can develop their full potential in one environment and culture, it will not succeed in the other. Recognizing this 'fit' is one of the most important tasks of a personnel consultant today. ”Hence the Anglo-Saxon credo:“ Hire for attitude and train for skills ”.

A quarter of the CFOs surveyed want to become CEOs

While a third of the respondents would like to continue their role in a larger organization, one in four CFOs (23 percent) also dares to take on the role of CEO. "In the past few years we have seen a number of CFO promotions directly to the top of the company," says Marcus Schneider.

“Many of them have served their companies as CEOs for years and contribute significantly to increasing the results. Their financial know-how also helps them a lot. However, such a step is almost impossible if the respective aspirants have not already arrived in their role in the corporate culture and have developed a strong internal position. Conversely, this means: A CFO who is tolerated rather than desired due to his professional competence will presumably not be able to take this step in his current organization To be considered.

Apart from the personal fit, professional experience naturally still plays an important role: on the way to the CFO role as well as on the step up another level. According to the respondents, the most important part of the experience to become a CFO is general management (27 percent), directly followed by strategy / M & A (26 percent). A high IT affinity is becoming increasingly important, say nine out of ten CFOs. "Digitization has long since arrived in the financial sector," says Marcus Schneider. “Corporate finance, controlling and classic CFO areas have been increasingly broken down into individual processes in recent years, making them ideal for targeted automation. In many cases this has already happened or is under development. Of course, a CFO does not need the same knowledge as a programmer or technician, but he must understand the basics in order to be able to further align his departments for the future. "

Career to CEO: Looking for the leap into the deep end

When asked about reasons that prevent a career as CEO, 24 percent of those questioned stated that they lacked sales and commercial experience, 21 percent had a deeper understanding of the industry and one fifth had sufficient experience in operations. Marcus Schneider says: “Even if you believe that general management is an important building block for becoming CFO, the reality is often different. Chief financial officers often begin their careers in finance - and at the end of the day they also head it. But that's not enough to run a company as a whole. That is why I recommend young talents who are still a few steps away from a CFO role to consciously step into the cold water in order to take on operational responsibility: as sales or production manager, managing director of national companies or through an active role in company transformation . The sooner you start, the more experience you can build outside of the finance function. And the better you are prepared once the CEO question arises. "