Can we find pure water in villages?

The world is in a water crisis

Man needs water to live. But 663 million people have no access to clean drinking water.

If 663 million people do not have access to clean drinking water, then one can speak of a crisis. This is the number given by the World Health Organization (WHO). Another 2.4 billion people have no sanitary facilities. Because of these conditions, a child dies every 20 seconds. Clean drinking water and better hygienic conditions could save many children's lives.

Dr. Pilar Silverman, head of nph's medical team, explains why water is so important to humans: “The human body consists of 60 percent water, and in children even 75 percent. In order to regulate our body temperature and to detoxify the body regularly, we have to drink enough water. So water is essential for our survival and our health - provided it is pure. " 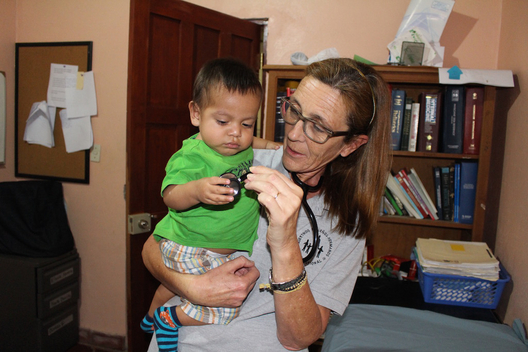 Clean drinking water is actually a gift from nature. But the careless handling of this natural resource by humans has led to considerable water pollution. Biological and chemical waste that gets into the groundwater poisons it and makes it inedible, even dangerous, for humans. Even so, many drink it because they have no other choice to quench their thirst. 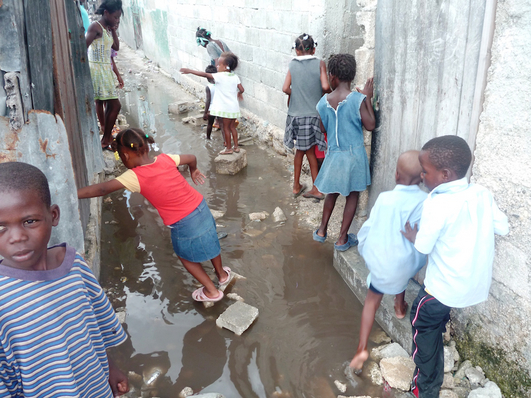 Due to a lack of infrastructure, the cholera-contaminated water in Haiti ends up on the streets.

The WHO estimates that 80 percent of all preventable diseases in developing countries can be traced back to polluted water.
The contrast to industrialized countries is enormous: Many people there who have safe tap water buy water in plastic bottles. Of course, bottled water is also available in developing countries. But only very few can afford that. 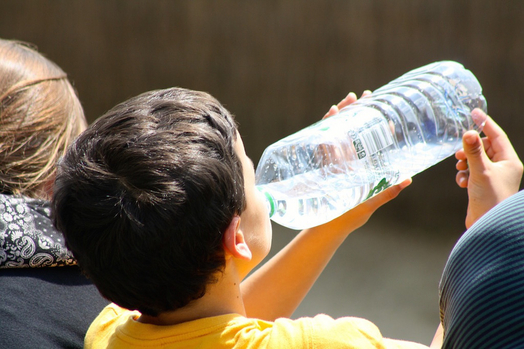 Contrast between developing and industrialized countries: While some have no water, others buy it unnecessarily in plastic bottles.

(No) right to water

The right to access clean water is a human right recognized by the United Nations in 2010. The resolution, which was introduced by Bolivia and 33 other states, provides that states and international companies should promote the development and expansion of water infrastructure systems - especially in the so-called Third World. 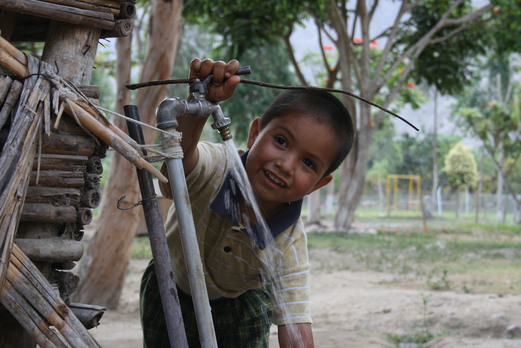 Access to clean drinking water is actually a human right.

Haiti is one of the countries where the situation is particularly dire. Father Richard Frechette, director of nph haiti, recently explained the situation in an interview: “There is neither a water supply system nor a sewage system for wastewater. That makes it very difficult for people to access water. And if they have access, there is no guarantee that the water will be clean. This is a big problem in everyday life - for drinking, for bathing, for washing clothes - and above all for health. "

In Haiti, the cholera that broke out in 2010 is still not contained. The connection with water is obvious: water from a septic tank or water from a bucket with faeces runs onto the street. Then someone washes their clothes or hands in them and then eats a piece of bread. Another example: the heavy downpours that regularly occur in Haiti push the contents of septic tanks upwards. This then spreads on the street and the cholera spreads inexorably. 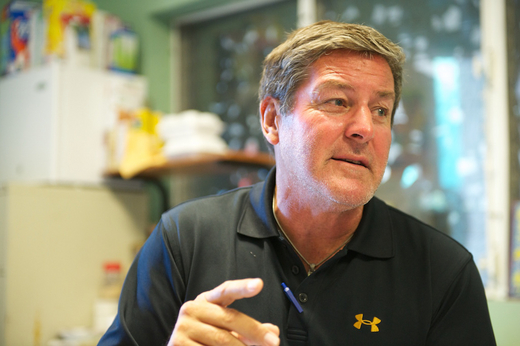 Father Richard Frechette knows: The water problem can only be solved by investing in infrastructure.

Finally clean water - but how?

To ensure that all people in developing countries can be supplied with clean water, all states would have to work together and invest in the infrastructure of the affected areas. This would require ten billion US dollars a year. That's less than half what is spent on expensive bottled water in developed countries.

We are sticking to the example of Haiti. There isn't much nph can do for the country's water infrastructure. “But we try to ease the situation a little, to alleviate the suffering a little. We install water pumps and filters to make the water potable. Every day we transport water with trucks to areas where people are particularly poor "explains Father Richard.

What is needed is major investment from government, WHO and other organizations. It can take many years before that happens. Until then, nph makes its modest contribution and distributes clean water in the slums or installs drinking water systems in schools. For the people who receive clean water as a result, this contribution is more than a drop in the ocean - it is essential for survival.

Help provide vital water for thirsty children. Your donation for a drinking water system at St. Paul School in Haiti will be doubled!