For many people it is just dirt, or they only see it as the surface on which they walk: the floor. The earth, of which the soil is made, is the most important supplier of nutrients on our planet. Depending on the pH value, it contains, among other things, magnesium, calcium, nitrogen and phosphorus. Jes Weigelt works for the Potsdam Institute for Sustainability Studies (IASS) and he makes the following clear: "Soils are an important resource because we produce more than 90 percent of our food from soils." That is why it is important to keep the soil fertile. But this is happening less and less on the African continent in particular.

During the Global Soil Week, which is being organized by the IASS, Weigelt and his colleagues drew attention to the problems this week in Berlin and looked for proposed solutions in conferences. "Our hope that others would take up our ideas has paid off. For example, our local partners want to bring different social groups together to discuss sustainable land management."

The problems are many. "The biggest visible problem is that soils are lost through soil erosion. That catches your eye when you are out and about in Africa," reports Rolf Sommer, who works at the International Center for Tropical Agriculture CIAT in the Kenyan capital Nairobi. Particularly in mountainous areas and where there is a lot of precipitation, the destruction of arable land by erosion is highest. On the other hand, it is less visible that the fertility of the soil is also gradually being affected. "But that has to do with the fact that agriculture in these areas is not sustainable. That savannas are deforested so that people can collect their wood. Overgrazing in these areas is also a big problem," said Sommer. 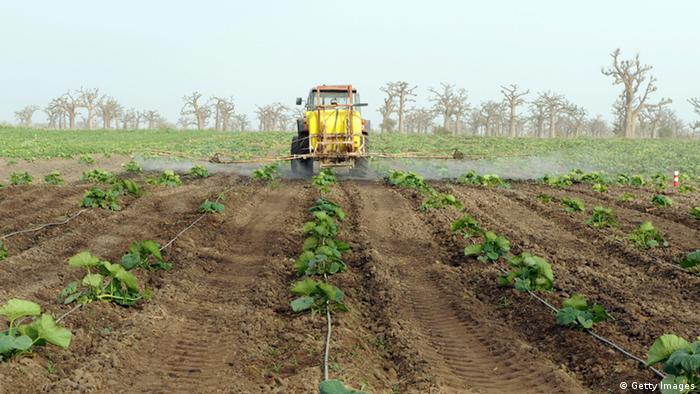 African farmers like here in Senegal have too little fertilizer

One possible solution could be to strengthen organic farming in Africa, i.e. to keep the soil fertile by adding organic substances such as cow dung or compost. "Organic" products are already very popular in Europe, and organic cultivation is considered particularly sustainable. "If you assume that organic agriculture is automatically gentle on the soil, then I would like that for Africa as well," says Sommer. The soil expert doubts whether it is also practicable for Africa. There is simply a lack of organic matter, which is the prerequisite for this type of cultivation. "It starts with the fact that, for example, you can't put compost on the land because you don't have any compost. Or the cow dung or crop residues are sold or burned and are then not available as fertilizer for soil protection." 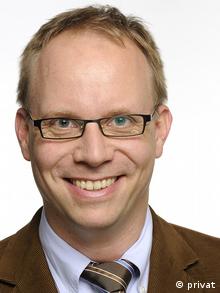 A combination of mineral fertilizers and eco-fertilizers could already help to stop the destruction of the soil. Here the problems lie in the prevailing poverty in many African regions. "A farmer who only achieves half a ton of maize per hectare, while in Germany six to ten tons is achieved, has little opportunity to get out of poverty and invest in soil protection." So you first have to help the local people step by step to work more effectively - that is, to generate more income, says Rolf Sommer.

Jes Weigelt from the IASS also calls for the protection of soils in Africa to rely on agroforestry projects, i.e. a mixture of agriculture and forestry. Agroforestry helps stabilize the ecosystem, curb soil erosion and produce natural fertilizers. For example the leaves that fall from the trees. "Various studies show that this can be a very promising path".

There currently seems to be no alternative to taking such paths and thus making the soil more fertile, because by 2050 the population in Africa will have doubled compared to today.