How do I start mobile street photography

Street photography or street photography is not a technique. Rather, it's a genre of photography. But maybe also a special approach to taking pictures. It is easier to say what it is not: namely staged studio photography. And that is exactly what makes it so important in terms of society and culture. It shows what life is like. Outside. Without make-up. Really. 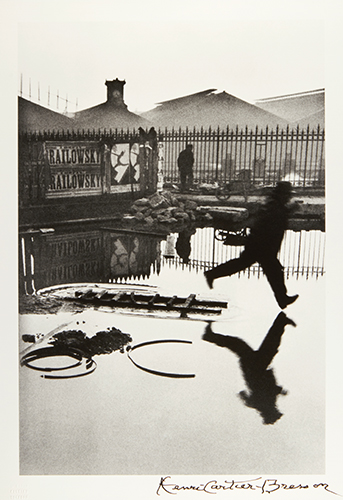 Although street photography seems to be about quick, spontaneous pictures, the genre is one of the supreme disciplines of photography, which lives from the photographer's ability to observe, but is also strongly influenced by the tools used, i.e. the camera.

The great exponents of street photography can therefore hardly be more different in their characters and ways of seeing things. They include Robert Frank, Vivian Mayer, Henri Cartier-Bresson, but also Martin Parr and Ralph Gibson. Therefore, no tip for good street photography is ultimately mandatory. Street photography is about snatching a moment away from transience that otherwise could be irretrievably and unnoticed forgotten and whose meaning is initially only decided by the photographer and only later by the viewer. Even the term street photography brings it associatively close to the urban. But there is no mandatory restriction here either. 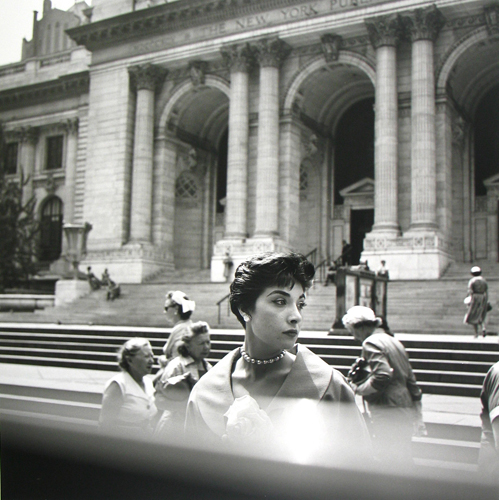 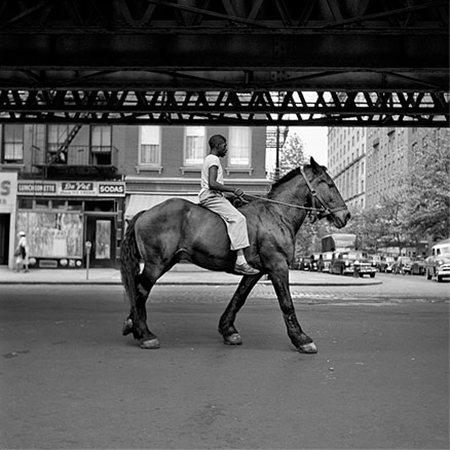 You can also find all articles about street photographer Vivian Maier using the search function at www.dasfotoportal.de, keyword Vivian Maier.

To authentically discover something special in everyday life, as it manifests itself a thousand times over in a tiny moment: these are the subjects of street photographers, for whom, unfortunately, legal restrictions such as the GDPR, the EU's General Data Protection Regulation, have made life even more difficult to have.

The great and actually continuously growing popularity of street photography is certainly also due to the fact that its subjects open up anywhere and at any time, that these photos live from the element of surprise, from the quick reaction of the photographer and less from the technical perfection of the recording system or from their perfect staging benefit. Its strength is shown in the photographer's ability to grasp a situation at lightning speed and to recognize that it contains a socially relevant statement that goes beyond the moment. This brings street photography close to the snapshot, but differs from it in that its best results go far beyond the individual meaning as pure memory. The difference to reportage also becomes clear here, which specifically tells or documents a story in a series of images. This characteristic has paved the way for street photography in its best forms to find its way into museums and art galleries. 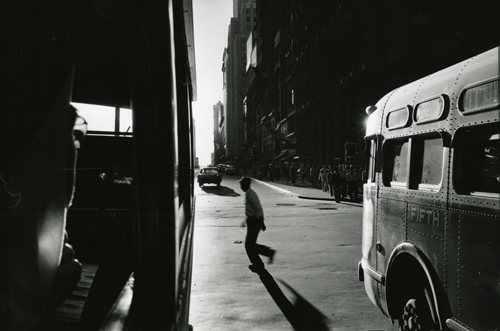 Street photography also includes structural or architectural elements, which, however, mostly only get their meaning through their relationship to the people who animate or create them. The diverse, cross-genre aspects of street photography therefore require the photographer to be able to react quickly and to be analytical in order to grasp a situation, interpret it at the same time and then skillfully translate it into an image that gives it meaning beyond the moment Has.

At many points, other areas of photography overlap with the topics of street photography: In addition to the snapshots and architecture shots already mentioned, it overlaps with elements of travel, people, report or documentary photography, whose techniques can also benefit street photographers.

Conversely, the desire to capture the fleeting moment as authentically as possible governs the behavior and approach of the photographer when taking the picture. The photographs should not be posed or staged, but rather real, snapped in a positive sense and true to reality, but nevertheless surprising due to the special way of seeing. That, to some extent, makes the snapshot technique seem like a perfect approach. However, the recognition of street photography as a cultural asset, an art genre of museum relevance, places increasing demands on the quality of the photographs in addition to the requirement of authenticity.

The deliberately inconspicuous, discreet approach to photography excludes the use of extensive recording systems. Instead, what is needed are small, lightweight systems that can be carried and used inconspicuously but still enable high-quality photographs.

In the early days of street photography, it was the 35mm film that, with high-quality but compact cameras like the Leica, offered brilliant photographers like Henri Cartier-Bresson the possibility of dynamic but reserved photography without a tripod. As a result, in the era of the fading analog photography, there were in some cases also the compact camera models such as a Contax T, a Minox 35 or the Rollei 35. With the triumph of digital photography, cameras became all-rounders. Instead of an individual orientation, the focus was initially placed more and more on the variety of functions for universal use. The digital all-rounders for photo and film with large sensors and interchangeable lenses dominated the scene. The compact camera market, the supplier of the Street Photographer, generally collapsed with more or less one exception: Ricoh.

The company, which now also belongs to the traditional Pentax brand, has not only managed to raise the compact camera to the premium range with the GR line and thus to meet professional quality requirements, it has also achieved itself with many through its design, operating concept and continuity Firmly established for followers of street photography.

Small but crammed with the latest photo technology: the Ricoh GR III.

That is why the Ricoh GR III should be used as an example here, which ideally meets the requirements that street photographers place on a perfect tool for their pictures. Even the first analog version of the Ricoh GR camera series was designed as an “always with you” camera for spontaneous, quick snapshots. It has remained true to this basic concept to this day, in the current 12th generation as the digital GR III, and has continuously perfected it. From the uncompromisingly compact snapshot camera, the Ricoh engineers developed a professional tool with cult status for inconspicuous photography in passing.

An effective image stabilization that it inherited from the Pentax models,
effectively reduces camera shake with the Ricoh GR III.

In addition to intelligent functions based on the latest digital technology such as the APS-C large 24.2 megapixel CMOS sensor, a fast processor for focus settings performed almost in real time, image stabilization or image development and noise suppression, the GR III also pleases with its robust design and ergonomic handling. This longevity is already promised by the materials chosen by the developers for the housing, for which a magnesium-aluminum alloy is used.

The high-quality, newly developed lens with a fixed focal length of 28 millimeters is ideally suited as a moderate wide angle to capture a large viewing angle without having to fear the distortions that are common for wide angles. The new processor, which is also equipped with an accelerator unit, ensures the required speed. The GR III needs just 0.8 seconds to be ready to go.
The processor is also responsible for the extremely high sensitivity range of the camera from ISO 100 to ISO 102,400 with extremely effective noise reduction.

Three positions of the setting wheel can be adjusted with individual
Occupy presettings.

Another argument for the excellent suitability of the Rico GR III as a constant companion on the move for spontaneous shots, as required in street photography, is its operating concept. Frequently required settings can be programmed individually and controlled at lightning speed using the operating mode selection dial. Up to three such individual presets are possible.

In most situations, the selection of the image section will be made using the 3-inch HD LCD monitor, which, thanks to its high brightness and a resolution of around 1,037,000 pixels, delivers a clear, large image and, on top of that, thanks to its touchscreen properties allows camera control by pointing a finger. This allows functions such as selecting the focus area to be controlled in conjunction with the shutter release, menu control or image reproduction.

The large display makes it easier to select a section and also as a
Touchscreen the operation of the GR III.

The relatively high light intensity of f / 2.8 and the almost circular aperture, formed from nine lamellas, enables a beautiful bokeh that directs the viewer's concentration to the main object in focus. The pocket camera is also perfect for close-ups thanks to its maximum reproduction ratio of 1: 3.

In times of social media and self-publishing, functions such as WiFi and Bluetooth are just as indispensable as the possibilities of RAW data development already in the camera, which can keep the connection to the smartphone or tablet even in sleep mode.

Many street photographers prefer black and white shots because of their strong abstraction, which satisfies the intention of giving the content a common validity in a convincing way. Here, too, the Ricoh GR III can come up with interesting functions, filters, effects and conversion techniques. The permanent Bluetooth connection allows synchronization with GPS even in idle mode and can synchronize location-based data with the photos. The GR III can also be remote-controlled wirelessly using a smartphone using an Image Sync.App. And the photographers don't have to worry about the energy supply either. It can easily be done via USB. With all these characteristics, the Ricoh GR III is not only perfect for street photography, but also as a tool for reportage, snapshot, travel or documentary photography.

You can access the Ricoh GR Forum via this link

The German Street Photography page can be found here ...

A list of groups of street photographers can be found here ...

Until the end of the year, the GAF gallery is looking for pictures from street photography for a large exhibition in Hanover.

You can find more information about this here ...