Proactive: This is how you act in a self-determined manner

Wanted: Marketing specialist, proactive and solution-oriented ... Such job advertisements and the like are read by applicants more and more frequently. But what is behind the adjective proactive actually? Most know active and the opposite passively. It seems to be something positive when this quality is expressly desired. What the buzzword proactive is all about and how you can become proactive ... 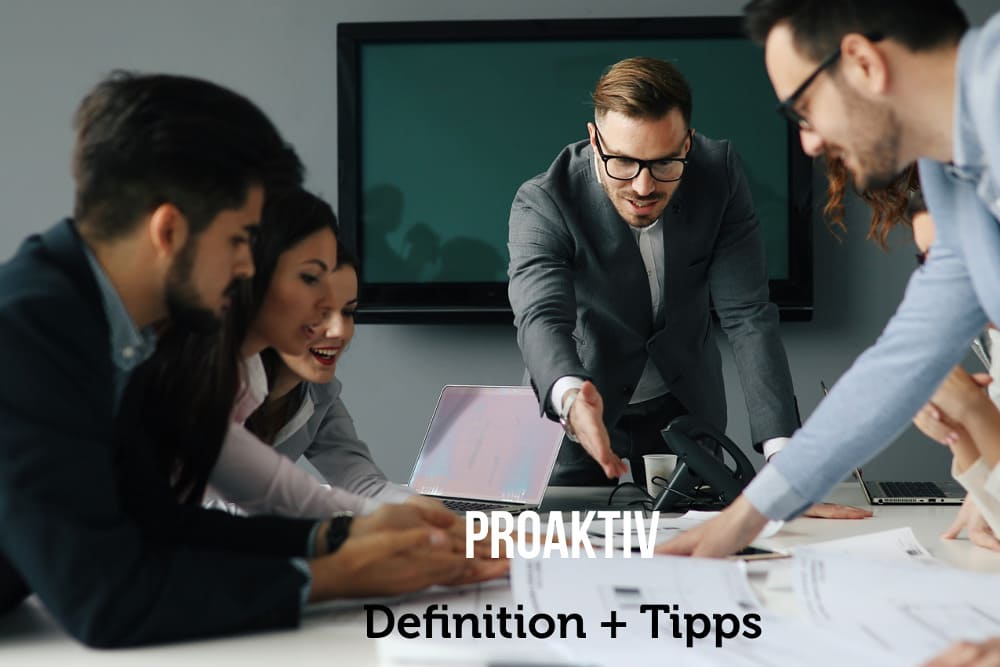 If you proactively break the word down into its components, you get Per = for and active from Latin activus = active. This is one Word creationwho are attached to the English proactivity, ie "proactivity", is ajar.

The Duden proactively describes as ...

By means of differentiated advance planning and targeted action, the development of an event is self-determining and a situation is brought about.

The opposite of proactive is reactive; We introduce ourselves as reactive people rather lazy, sedate people that do not become active on their own, but only react when external circumstances or other people cause an action.

Thus, one is proactive positive connotation antonym too reactive: we imagine a dynamic person who can tackle things. A synonym for proactive could therefore be from proactive speak. Depending on the context, the term gets a completely different meaning, then proactive is a different word for preventive or perspective.

Language critics complain that with being proactive yourself Attributes to objects that are absurd on closer inspection - such as proactive foods. Not to mention that there is no difference between very active and very proactive can be seen.

Thanks to the Austrian neurologist and psychiatrist Viktor Frankl, the term proactively found its way into the psychological specialist literature and thus into the German-speaking world.

However, it was only accessible to a larger audience through the book “7 ways to be effective“(The Seven Habits of Highly Effective People, 1989) by the American writer Stephen R. Covey.

In the meantime, people like to speak of proactive in change management and everywhere where it is a matter of a Initiate change. Of course, the language criticism is completely justified; there is nothing that cannot or will not already be expressed linguistically when someone names something with proactive.

On the other hand, it has to be said clearly: a phrase like “become more active” is not a flower pot to be won. Proactive means more of a mindset that is both in the Acting as well as in communication reflects. Proactive does not represent a contradiction in terms of being too active, but is the further development according to a definition by Christian Scholz.

Active action also requires someone to think and plan ahead. However, proactive action starts earlier and is more differentiated. That is, it will be several scenarios are factored in and careful when planning.

Acting Proactively: A Matter of Mindset and Language

Acting proactively means taking the initiative. Not everyone is a jack of all trades. However, there are ways to speed up your own action and certain phlegmatic or even slowing behaviors to discard.

A first step is to get your own Communication behavior to clarify. There are words that get in the way of your job.

These include negative connotations:

When these words are pronounced, you carry the barrier around with you in your head: Whatever the challenge, it seems more like an impossibility. Among other things, this has to do with the fact that the brain uses the word Notcan not handle.

As a result, when we say it, we imagine exactly what is to be changed - but nothing else. In order to let thoughts flow freely and enable creative thinking, it is better to to formulate positively. Because proactive thinking is forward-looking instead of sticking to one point.

Formulations such as I have to, I mustn't, I can't: You contain external constraints and also hinder the ability to act independently. Think carefully about which phrase you honestly tend to use I prefer I want, I want should be replaced.

A formulation like I still need to get this job done quickly makes you look more like a driven person, while there may be something completely different behind it: I want to have this task done before work so I can go into the weekend relaxed.

This would be the most proactive consideration because you have already done so in advance various options are considered and decided exactly why you are acting this way. This way of thinking gives you a much wider range of options, while a predominantly negative way of looking at things hinders you.

It tends to lead to a victim attitude and ignoring the areas in which something could be changed. To be proactive therefore also has to be with one positive attitudeto do one with confidence.

Tips for being more proactive

To a certain extent, proactive behavior is tied to personality: Those who tend to belong to the introverted people will find it difficult to suddenly make a 180-degree turn and proactive to approach others.

But maybe it doesn't have to be. For such people, the following tips can inspire you to be more proactive. In most cases, workers are a mixture of several proportions.

In some situations passive, then reactive and in other areas where the Core competencies, suddenly active and proactive.