How is Cuba different from the USA?

Cuba and the USA: A love-hate relationship

It was Barack Obama who ushered in the political springtime with Cuba. The first African American US president spoke of a "new beginning after decades of mistrust," and eased travel restrictions for Cubans in exile and the rules on money transfers.

At the America Summit in 2015, there was a first direct conversation between the two heads of state. Obama had Cuba removed from the US terror list, restored diplomatic relations and even reopened the US embassy in Havana through Secretary of State John Kerry.

In March 2016, Obama landed on a three-day visit to the capital Havana, while Raúl Castro called for the complete lifting of the US embargo as the next step. But it did not get to that.

On the contrary: on November 8, 2016, two weeks before Fidel Castro died at the age of 90, Donald Trump won the US presidential election - and turned the clock back again. Cuba is back on a US list of "terrorist states", the US is making the so-called "remesas" more difficult, the money transfers from Cubans living abroad to their families, or is hindering the delivery of vital medicines, especially in times of corona.

Sixty years ago the embargo was "only" about sugar. The then US President Dwight D. Eisenhower cut back imports of Cuba's most important export goods and advised US citizens against traveling to Cuba. On January 3, 1961, the United States broke off diplomatic relations with Cuba entirely. 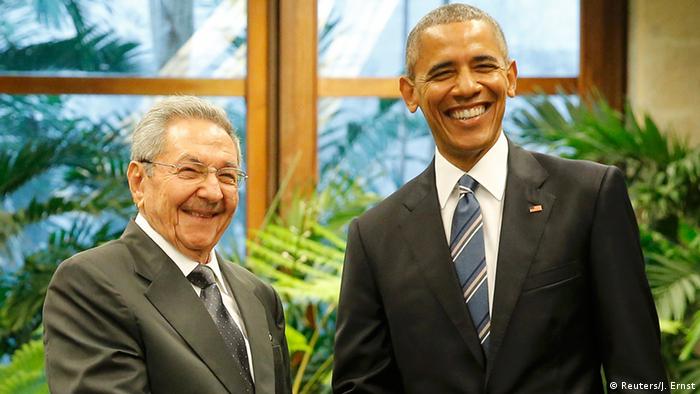 Disaster in the Bay of Pigs

Washington was convinced that the embargo would bring Fidel Castro and his revolutionaries to their knees within a very short time. But the prognosis turned out to be wrong. Eisenhower's successor, John F. Kennedy, slipped into the Bay of Pigs disaster shortly after taking office. On April 17, 1961, a mercenary force of Cubans in exile tried to overthrow Castro with the help of the US secret service CIA. Cuba's revolutionary army fought back the amateurishly prepared invasion.

A year later, on March 24, 1962, Kennedy enforced a complete economic embargo on Cuba. The conflict with the Soviet Union came to a head, and the world was on the verge of a third nuclear world war because of the Cuban Missile Crisis.

The US President responded to the stationing of Soviet missiles in Cuba with a naval blockade, President Nikita Khrushchev had the missiles withdrawn after negotiations - on condition that the US does not invade Cuba. 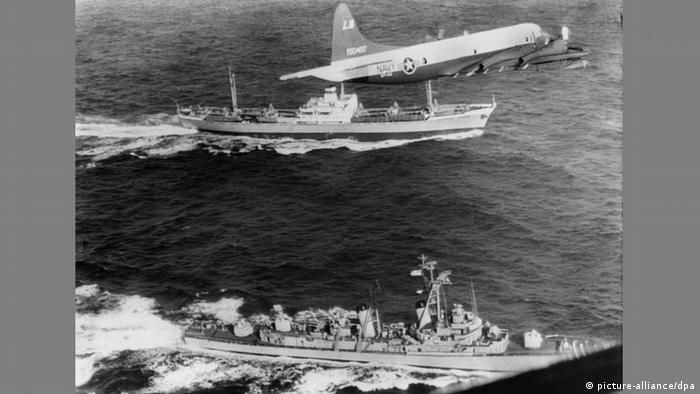 Cuban Missile Crisis: A US reconnaissance aircraft flies over the US warship Barry (front) and the Soviet cargo Anosow

The embargo became quiet over the next 15 years. It wasn't until 1977 that a former peanut farmer brought some movement back into relations between the United States and Cuba. Jimmy Carter relaxed the travel regulations and opened a so-called advocacy group in Havana. Cuba also chose this expression and moved into an office in Washington.

The Democrat Carter was still president when thousands of Cubans occupied the Peruvian embassy in Havana. Fidel Castro approved the departure. From April to October 1980, 125,000 Cubans fled to Florida - in overcrowded boats and quite legally. The greatest mass exodus from Cuba went down in history as the Mariel boat crisis - because the barges sailed from the port of Mariel near the capital.

A decade later, the conditions in the conflict had fundamentally changed: the Iron Curtain had fallen, the Cold War ended, and the Cuban protective power, the Soviet Union, collapsed. Cuba groaned under the so-called "special period": power outages increased, factories closed, supply bottlenecks were the order of the day. The Cuban economy shrank by half between 1989 and 1992.

George Bush, Ronald Reagan's successor, saw the chance to finally cut off Cuba. In 1992, Congress passed the Cuban Democracy Act. US companies in third countries were no longer allowed to trade with Cuba, and most charter flights between Miami and Havana were banned. Bush was also allowed to cut aid from states if they cooperate with Cuba. After all, you were allowed to continue writing letters to Cuba, and making phone calls was no problem either. 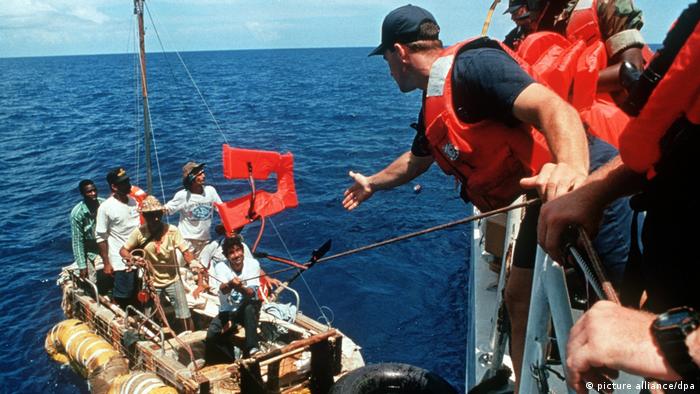 During the "Balsero" crisis in 1994, many Cuban boat refugees were rescued by the US Coast Guard

A year later, the UN General Assembly called on the US by 88 votes and 57 abstentions to finally lift the embargo. There were four votes against, one from Washington, of course.

Because thousands of Cubans took to the streets in 1994 to demonstrate against the difficult living conditions, Castro once again turned to the valve of mass emigration to calm the situation. 33,000 Cubans fled to the United States on self-made rafts. In Spanish they were called "balsas", which is why this exodus is known as the "balsero" crisis.

Washington then promised to issue 20,000 visas to Cuban immigrants annually. In May 1995 this policy was given a very special name: "Wet feet, dry feet": If a Cuban refugee reaches the USA, with dry feet, so to speak, he is allowed to stay. If, on the other hand, he is upset with wet feet on the open sea, it goes back to Cuba.

US President Bill Clinton actually wanted to relax the embargo, not tighten it, and announced that he would veto the Helms-Burton Act, which had already been passed by Congress. But then Cuba shot down two U.S. civilian planes with four Cuban exiles on board, and Clinton signed the law in 1996.

Clinton's successor George W. Bush tightened the travel restrictions again in 2004: Cubans living in the USA or US citizens with a Cuban vote were only allowed to visit their relatives every three years instead of the previous year. 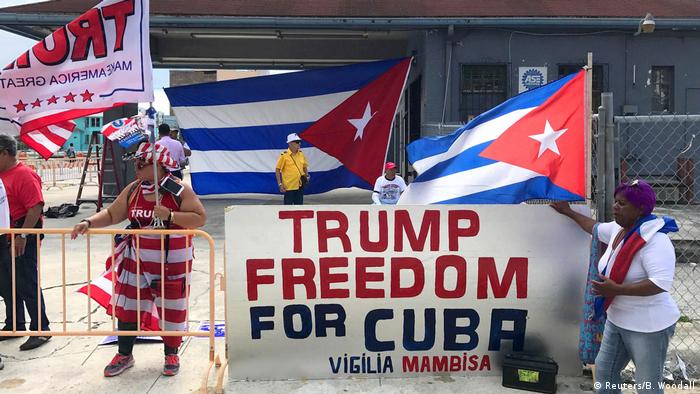 In 2008, revolutionary leader Fidel Castro resigned as president, weak and exhausted, leaving the field to Brother Raúl. The United Nations voted again to end the US embargo. Now there were only three countries that were against it: again including the USA, which the vote made little impression on. After all, the decision was not binding.

When Raúl Castro and Barack Obama announced the resumption of diplomatic relations between Cuba and the USA seven years later, on July 20, 2015, the two heads of state raised enormous hopes. The gradual convergence that followed was considered to be one of the great achievements of the Obama era. But under U-President Trump this development came to an abrupt end with the imposition of new sanctions.