How do I stop thinking about cocaine 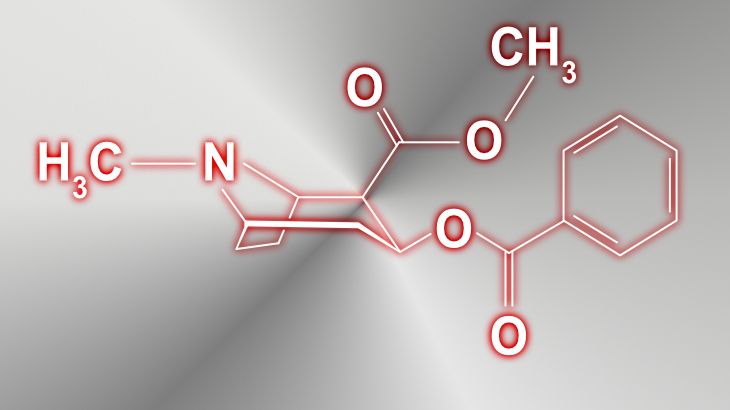 How does cocaine work? The strong stimulant affects many messenger systems in the brain - with drastic effects.

Crack is a drug made from cocaine salt and baking soda. Crack are yellowish to pinkish crystals that are smoked. The name crack comes from the cracking sound when the crystals burst when you smoke. Freebase is created by mixing cocaine with ammonia, it is also smoked.

The effect of crack and freebase is not that different from that of pure cocaine, but it works much faster and stronger because it is better absorbed through the lungs. Within a few seconds, the active ingredient floods into the brain, triggering a massive release of dopamine in the reward system and great euphoria. Crack is considered to be one of the drugs with the greatest potential for psychological addiction.

Cocaine is an alkaloid, i.e. a nitrogen-containing organic compound that is extracted from the leaves of the coca bush. The white powder is mostly sniffed through the nose, but can also - as a freebase or crack cocaine - be smoked or dissolved in water and injected; Trade and possession are illegal.

Cocaine is a powerful stimulant. It easily penetrates the blood-brain barrier, acts on the central and vegetative nervous system and thus triggers a wide range of effects in the various organs, such as the heart. It also narrows the vessels.

In the nervous system it binds to dopamine transporters in the membrane of the nerve cell end and blocks them. When dopamine is then released, it can no longer be transported back into the cell, accumulates in the so-called synaptic gap to thirty to forty times the usual amount and interacts there with the downstream neurons. In short, this leads to a massive activation of the reward system, which can quickly lead to dependency. Using a similar mechanism, cocaine also increases the concentration of norepinephrine and serotonin in the synapse. In addition, cocaine blocks voltage-dependent sodium channels, which are responsible for the creation of electrical nerve impulses. It blocks the forwarding of signals locally. That is why it acts as a narcotic.

Since cocaine creates strong feelings of happiness and at the same time is broken down very quickly in the body (after an hour only half of it is left), the desire for more quickly arises. At the same time, the substance leads to a strong, albeit short-term habit: nerve cells can only fill up their transmitter stores slowly. They are dependent on retrieving the messenger substances released and "recycling" them. However, since the transporters are blocked by cocaine for this purpose, the nerve cells can release less and less dopamine. As a result, users need increasing amounts of cocaine. In contrast to heroin, for example, there is hardly any feeling of satiety with cocaine. Nevertheless, at some point the desired high no longer occurs. Only after complete withdrawal does the transmitter work again normally and the messenger packets reach their original size.

Effects on mind and body

When you sniff cocaine, it triggers euphoria in minutes. If you smoke or inject the substance, the euphoria follows after a few seconds. Cocaine increases self-esteem and self-confidence, intensifies sensations and reduces anxiety, decreases appetite and wakes you up. Many users become sexually aroused. At higher doses, it can trigger motor stereotypes such as chewing or twitching and increase aggressiveness. Even higher doses sometimes produce delusional ideas and muscle spasms. Feelings of fear set in as the effects wane. Sometimes there are illusions and hallucinations and paranoid delusions. At the end of the intoxication you feel down, listless and exhausted. It can lead to depressive moods and thoughts of suicide.

Depending on the amount and form of consumption, cocaine can make you psychologically dependent after just a few weeks: If cocaine is smoked, the active ingredient reaches a much larger area of ​​the body in the lungs than, for example, when sniffing, where a comparatively small area of ​​the nasal mucous membrane is reached. This means that the cocaine reaches the brain much faster. This leads to increased addiction. At the same time, the more severe withdrawal symptoms as a result of a higher dose also lead to a more intense desire for cocaine - with a similar effect. In contrast to heroin, however, with cocaine it is more likely to go a few days without cocaine, since the physical withdrawal symptoms are less than with heroin, for example. This can lead to consumers not recognizing their own dependency as such for a longer period of time.

Cocaine has been used as a local anesthetic for eye surgery since the 19th century (1884).

Due to the massive stimulation of the adrenergic system, cocaine can raise body temperature, cause heart palpitations and increase blood pressure. In higher doses, it can cause arrhythmias and fatal heart attacks, as well as strokes and cerebral haemorrhages, even in young, healthy users. High doses can lead to coma, respiratory paralysis and fatal epileptic fits. With chronic use, psychotic behavior disorders have been reported.

Cocaine prolongs the intoxication and the euphoric effect of alcohol, but reduces the subjectively perceived effect. As a result, consumers sometimes drink far more alcohol than their bodies can handle, which can result in severe alcohol poisoning. Sudden cardiac death can also occur as toxic cocaethylene is formed in the liver through mixed consumption. Cocaine also interacts with all substances that intervene in the functions of adrenaline, noradrenaline, dopamine and serotonin, including many psychotropic drugs, but also LSD and ecstasy.

Cocaine easily crosses the placenta and gets into breast milk. During pregnancy, placenta detachment and growth retardation can occur. When breastfeeding, it sometimes causes circulatory disorders and dependency in the child.

The coca leaves have been chewed by Native Americans for millennia. However, the leaves only contain about half a percent to one percent of the active ingredient, which is why they trigger much weaker reactions than the pure powder. In addition, the leaf is usually chewed with a little lime in South America. This triggers a chemical change in the cocaine molecule that reduces the risk of addiction.

The alkaloid cocaine was not isolated until 1855 and shortly afterwards it was used as a local anesthetic for eye operations and as drops for toothache in children.

The original recipe for Coca-Cola from 1886 used coca leaves. From 1906 onwards, due to the “Pure Food and Drug Act” of the USA, decocainised leaves had to be used for the production of effervescent. Cocaine has been banned by law as a beverage additive in the United States since 1914.