What are the Filipino Social Values

The authoritarian patron who delivers? - Continued broad support for President Duterte in the Philippines

In May 2016, Rodrigo Duterte, a politician, was elected President of the Philippines who had promised to eradicate drug-related crime in a few months, primarily by killing dealers and addicts. Their corpses would "make the fish in Manila Bay fat." (1) Since he implemented this announcement, his approval ratings have risen to 80%. The liberal middle class supports him, even though he ignores human rights and liberal freedoms, and the poor support him, even though the murderous anti-drug campaign targets almost exclusively the poor. Why is that? (2)

Rodrigo Duterte won the 2016 Philippine presidential election with 39% of the vote. Since he took office at the end of June 2016, surveys have shown stable general satisfaction levels with his government of just under or around 80%, depending on the survey institute. This puts them well above those of all his democratic predecessors since the fall of the dictator Ferdinand Marcos in 1986. Neither economic class nor age or gender have a notable influence on the satisfaction values. It is surprising that satisfaction tends to increase, albeit only slightly, with the level of education and Duterte has the highest satisfaction values ​​among Filipinos and Filipinas with a university degree, i.e. especially in the group that is commonly understood to be the bearers of liberal democracy. It is fitting that the opponent Dutertes, the liberal Vice President Maria Leonor Robredo, not only has significantly lower approval ratings than Duterte in general. In contrast to Duterte, their values ​​decrease as the level of education rises.

It has by far the least popularity among the economic upper and upper middle classes - commonly referred to as the ABC class in the Philippines. These are the top 10% of the population in terms of income, followed by the D-class, which comprises around half of the remaining 90%. (3)

It should also come as a surprise that in the years before Duterte the high level of trust in the police of over 60% during his drug war with thousands of deaths did not decrease but increased.

In order to understand the broad support for Duterte, it is essential not to reduce either his person or his politics to the brutal fight against drug-related crime. Likewise important for the Filipinas and Filipinos judging Duterte are social issues such as fighting hunger and poverty or corruption, which has been perceived as a basic evil for decades. Here, too, the levels of satisfaction for the Duterte government are well above those for its liberal predecessor Benigno Aquino. This also applies when comparing comparable periods of time (the first three years): Duterte's values ​​are then between 13 and 22 percentage points above those of the Aquino government.

At the same time, Filipinos and Filipinas under Duterte are also more satisfied with their democracy. Personal satisfaction, as regularly polled by the “World Happiness Report”, has also increased compared to the previous government. (5) So it is not surprising that in the mid-term elections of 2019 none of the opposition candidates for the senatorial posts who had taken up jointly and explicitly against the Duterte policy were successful.

Rodrigo Duterte was responsible for a brutal campaign against the trafficking and use of illegal drugs, which killed thousands. How did he manage to not only keep his voters in line over the past four years, but also win the approval of the rest of the population?

The patriarchal boss who delivers

In the extreme, Duterte embodies a type of leadership that enjoys broad cultural acceptance in the Philippines: the authoritarian but caring patron, the “patriarchal boss”. (7) When Duterte ran for the election, it was clear to everyone, given his past as long-time mayor of the metropolis of Davao and his blunt demeanor, that he would transfer the experiences and practices of Davao to the national level. He was notorious throughout the country for his open support for a death squad that probably killed nearly 1,500 people, mostly petty criminals and drug addicts, in Davao in two decades. The Duterte Davao myth is broader than that of a city marked by violence, pacified by the iron hand of the mayor. It also stands for the extraordinary economic upswing of a city in which different religions and ethnic groups live together peacefully in a complex environment and the city government strives to establish gender equality by means of progressive local laws as well as the protection of LGBT communities. As representative surveys show, local support for Duterte as mayor as well as for the president was almost total (97% –99%). Around 90% were and still are of the opinion that the local government (since 2016 under the daughter of Dutertes) takes care of the worries of the common people. In 2016, Duterte successfully offered this social contract - security and development against a free hand in the choice of means - to the national electorate as an alternative to continuing the status quo. That brought him the win with almost 40% of the vote.

40% of the votes turned into 80% approval, because, from the point of view of most Filipinos and Filipinas, Duterte fulfilled his election promises in the fields of internal security, poverty reduction and state-initiated infrastructure development to a largely unknown extent, after all his predecessors and with them the mission statement liberal democracy had failed. All national surveys show that the satisfaction of the population with the government is 20 to 30 percentage points higher than during the Aquino presidency, not only with regard to the fight against crime, but also with regard to the fight against corruption and poverty. The more detailed opinion polls in Davao City show even more clearly that the Duterte phenomenon should not be reduced to the brutal drug war, but should be understood against the background of the promise of development and more justice in return for submission and obedience. Two comprehensive programs of the new government were central to the population: the war on drugs and the comprehensive infrastructure program that the president launched under the slogan “Build, Build, Build!”. A number of social programs were also important to the population, such as the abolition of co-payments in public hospitals and tuition fees at higher state educational institutions. In practically all areas of politics, Duterte is considered successful, as a politician who keeps his word and keeps his promises.

This assessment can be backed up with some hard data. They make it clear that at least until the beginning of the Corona crisis, central indicators of development, social justice and crime have improved. The official poverty rate fell from 23.3% in 2015 to 16.7% in 2018. Unemployment and underemployment fell from 25.1% last year under President Aquino (7 / 2015-6 / 2016) to 20.1 % in the third year of Duterte (7 / 2018-6 / 2019). The value of exported goods grew faster than before in the first three years of Duterte's presidency. While the number of homicides increased significantly in Duterte's first year when, in addition to the killings by the police, the vigilante justice escalated dramatically, in the following years it fell well below the values ​​during the Aquino presidency. Other forms of crime, such as assault, rape, robbery and theft, have also decreased in the last three years, in some cases by 50% and more. So Duterte seems to have fulfilled his part of the illiberal social contract for a large part of the population.

A facade democracy is insufficient

The sustained broad approval of Duterte's government action does not mean that Filipinos and Filipinas do not value political freedom and human rights. However, it signals that the liberal democracy's promise of freedom and human rights does not generate approval and legitimacy per se if the ruling elites ignore the more fundamental promises of security, welfare and justice for the majority of the population and thus the dimension of government for the people. A democracy that perpetuates poverty and injustice delegitimizes itself and creates the space in which the illiberal alternative, with its promise of an efficient government, gets a chance for the people to conquer power in a democratic way. 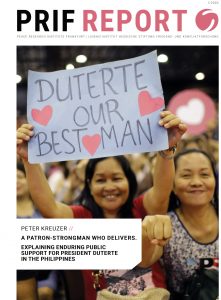 This spotlight is based on the PRIF Report 1/2020 “A patron-strongman who delivers. Explaining enduring public support for President Duterte in the Philippines ”.

In addition, in the Philippines, the actually existing democracy at all levels of politics consists of a limited number of families who concentrate political and economic power in their hands. In this respect, despite regular elections, it was neither a government of the people, nor was it exercised by the people.

The liberal-democratic discourse as well as the “chaotic circus of Filipino democracy” masked the fact that “a predatory oligarchy deprives a patrimonial and weak state of inappropriate privileges and consequently long-term development goals are hindered by these openly particularistic and short-term demands of the powerful few.” (9 ) Without this hollowed-out democracy, which is neither a government of the people nor one by the people and for the people, Duterte's success could not be explained.

As long as a socially just (re) liberal democracy in the Philippines remains only a vague promise, it cannot be expected that the population will reject an illiberal president who, albeit illiberally, seems to deliver the promised basic goods - security and increasing welfare for the middle class and for the masses. 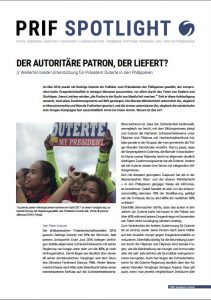 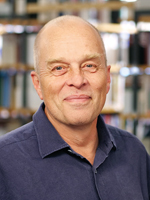 Peter Kreuzer is a Senior Researcher at PRIF. He focuses on political violence in the Philippines and maritime conflicts in the South China Sea.