Has Trump owned a modeling agency 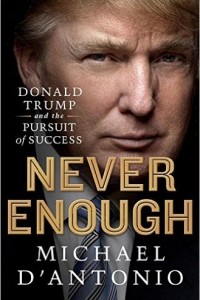 Before Donald Trump became a presidential candidate, I didn't know much about him. I really liked his books. I really liked him, especially since I have a few things in common with him: We have our birthdays on the same day, neither drink nor smoke, both got wealthy with real estate (he is much more than me, of course), and both have several books about success and Wealth, both owned a modeling agency, both have a penchant for beautiful women, and both have a keen sense of self-promotion and PR. I hope, however, that all the similarities have been identified. Because in the past few months I've got an increasingly critical image of Trump, which this biography tends to reinforce.

To say it in advance: It is a critical biography, and I do not agree with the (left) political direction of the author, which is why I do not agree with some of his judgments and tendencies. But it is a book that is rich in facts and very well worth reading, based on many interviews and intensive research. Among other things, the author spoke for more than ten hours with Trump himself (who apparently did not realize from the outset that it would be a critical book), he interviewed his three children as well as Trump's first two wives and many of his friends and opponents.

Trump was born the son of a rich man who had a fortune of approximately $ 200 million. The author emphasizes this again and again and it is obviously about putting Donald Trump's own earnings into perspective. But when the son of a wealthy entrepreneur manages to make a fortune of four or even nine billion dollars, it is quite remarkable, especially since many children of wealthy parents do not even manage to maintain the inherited fortune. But this is where the questions that the author asks again and again begin: How rich is Trump really? This has not only been a controversial issue since he tried to take office, but has always been controversial. Among other things, this has to do with how valuable the brand name Trump is considered to be. In 2010, Trump himself declared that the brand name Trump was supposedly worth three billion dollars according to independent reviews (p. 9). In some cases he even stated that the Trump brand name was worth six billion dollars (p. 275).

One can justifiably doubt whether that was correct at the time, especially since, as the author shows, Trump has proven to have significantly exaggerated the amount of his wealth over and over again. Whether the Trump brand name is still worth so much today is another question. I rather think that his candidacy damaged the brand name's value, because there are at least as many (probably more) people who oppose his political positions as there are those who support them. Using many examples, the author shows that Trump's claim that the use of his name alone increases the value of an asset considerably is not correct (p. 198).

Doubts about the credibility of Trump must come to every reader who sees that his tendency to exaggerate runs like a red thread through his entire life. I think this tendency to excessive exaggeration is one of the most dislikable sides of Trump, because it becomes clear that he is not too specific about the truth. He once stated that his company owns 22,000 apartments when there were actually 12,000 (p. 145). The amount of participation in a real estate project, which was actually 30 percent, he stated at 50 percent. Why? Because, according to Trump, “if the seventy percent owner puts up all of the money, I really own more than thirty percent. And I have always felt I own fifty percent, from that standpoint. " (P. 275).

When asked why he was exaggerating, Trump replied, “I think everybody does. Who wouldn't? " (P. 275) In his book “The Art of the Deal” Trump himself had already known: “A little hyperbole never hurts. I call it truthful hyperbole. It's an innocent form of exaggeration and a very effective promotion. " (P. 186) These “little exaggerations” probably include explanations like that of Trump, the British Queen Elizabeth (who was last in the USA in 1983) asked if she could use his helicopter when she “is over” in this country ”(p. 191). D’Antonio shows, however, that there were more than just “small” exaggerations and that they were by no means “truthful”: “In his effort to sell his memoir Trump’s hype included so many exaggerated claims that tracking them was almost impossible.” (P. 186)

The author shows that Trump has always differed from many other rich people in that he publicly marketed his wealth and success. While many rich find it uncomfortable to be in the Forbes-List of the richest people in the world pop up (because they fear envy, blackmail or kidnapping), Trump is one of the few who has made multiple and massive complaints that his wealth is in the Forbes-List was underestimated. In 1997, for example, Forbes put his fortune at $ 1.4 billion, but Trump said the figure was wrong, in fact it was $ 3.7 billion. At the end of the 1990s, when Forbes estimated his fortune at $ 1.6 billion, Trump claimed it was $ 4.5 billion (p. 241 f.)

PR and public awareness have always been far more important to Trump than his wealth. “The one consistent element in all of these interests was the value he placed on publicity, which he sought with the skill of someone who understood the celebrity is power, reporters are often lazy about facts, and image can trump reality… Trump begins each day with a sheaf of papers detailing where and how often his name has been mentioned in the global press. The reports are typically too numerous for him to actually read, but the weight of the pages gives his sensitive ego a measure of his importance on any given day. " (P. 12 ff)

Trump was very rebellious in his youth and had massive conflicts with his teachers and father. Incidentally, he has this in common with other billionaires such as Warren Buffett, Steve Jobs or Ted Turner, who were also rebellious personalities and rebelled against authorities (i.e. teachers and parents). Trump's sister described him as “extremely rebellious” and a classmate remembered him as a student, “who tested the rules, and the teachers, to their limits” (pp. 40 f.). Trump later said of the conflicts with his father: "My father respects me because I stood up to him." (P. 59)

Trump admired the successful author Norman Vincent Peale, who became famous for books like “The Power of Positive Thinking” (p. 52). "Donald would demonstrate positive thinking throughout his life, as it became a true habit of his heart." (P. 54)

The author describes in detail Trump's rise as a real estate investor. He owed his success mainly to the fact that he often swam against the tide and invested in areas where others were very skeptical at the time - such as in Midtown Manhattan. In addition, he owed his success to a very high level of leverage in his financing and, above all, to the fact that he always financed “non recourse” - in other words, in such a way that he was not liable with his private assets, but only with the property itself (p. 160) . After all, he often entered into partnerships in his real estate investments and used their creditworthiness.

The author describes in detail how Trump knew how to win over the politicians in New York for himself and his projects. Without this ability, no project developer can be successful anywhere in the world. However, the author paints a picture that makes Trump's methods appear questionable. Without directly accusing him of bribery or illegal methods, however, the impression is given that Trump has always moved in a gray area

Trump is sometimes cited as an example of someone who was broke but kept coming back to the top. However, this is not entirely true. Some of Trump's companies (especially his casinos) got into serious difficulties or even had to file for bankruptcy and he had significant financial problems in phases of his life, but: “Donald Trump never went bankrupt. He would frequently and energetically assert this in the years after he sought the shelter of the court for his Taj Mahal casino. The filing was made by a Trump corporation, not Trump the man, and he would describe this action as a sensitive business move, devoid the shame, that gave him powerful leverage in his negotiations with creditors. ‘You have to be strong enough, not to pay. '”(p. 211)

What political positions did Trump take? That is a question of particular concern today, when he is a candidate for the presidency. In short: his positions were very changeable. In the early 1990s, for example, he advocated reversing Ronald Reagan's tax cuts and increasing the top tax rate to 50 to 60 percent (p. 222). So here he represented left-wing positions, such as are otherwise known, for example, from George Soros, Warren Buffet and other American billionaires. As a candidate for the so-called “Reform Party”, he represented numerous positions that were otherwise represented by the political left: “In the amalgamation that was his platform, Trump included items from the left side of the political menu, including a big, onetime tax on the rich to trim the federal deficit, a policy to allow gay soldiers in the military, and universal employer-based health insurance with subsidies for the poor. " (P. 247)

Trump, as the author shows with many examples, is a man full of contradictions who frequently changed his positions (p. 225). However, one constant runs through his entire life - as one can now see as an observer of the US election campaign: "In almost every case, Trump’s opinions depend on how a person, place, or thing reflected in him." (P. 225) And when he was attacked, it was always his tactic of “hitting back ten times harder”. (P. 277).

Trump has always been known for what brought him success in the election campaign in recent months, but also caused massive problems, namely his predilection for provocations. “Trump was willing to say and do almost anything to satisfiy his craving for attention. But he also possessed a sixth sense that kept him from going too far. " (P. 255) Whether this will stay that way, or whether he has lost this “sixth sense” because his successes lead to excessive hubris and overconfidence, will decide the future of Trump - and perhaps America too. R.Z.