Is someone robust who still uses small talk

When leadership is mentioned in this blog, dear readers, it is usually differentiated from control (instruction). Management always consists of both. Depending on what is needed. Or depending on which talent of the manager is primarily available in a given situation.

Leadership is a passive skill (talent) that you acquire at work. That means: at some point there will be a talent for leadership in the circle of a few “followers” ​​(not those from Facebook) who simply like to work when you tackle something. That could be two, five, or a dozen. Some people join a larger department. Or even a company. Without any classic recruiting. You “simply” solve one problem (order) after the other. And word of that seems to get around: again someone new has arrived.

That is new. That someone doesn't “fit”. Maybe you just have to wait a little longer? It will shake itself up! You don't want to throw the shotgun too early either. But somehow…

What doesn't fit is not the person; So the person with a certain skill profile *. But the response between People. It has nothing to do with the person and their character. You fit in well elsewhere. There is simply no response in the sense of a leap of faith. The chemistry is not right. And if that eats up with a pinch of well-intentioned patience, the spiral only goes downhill. After all, the quality of the communication is so low that it is barely enough for work. You stutter around in front of each other and at some point only small talk is possible. In the heat of the moment, of course, this is not that easy to see. After all, everyone tries hard. A difficult situation for a talented leader. Especially when confronted with it for the first time.

This is what happened to Mr. Timmermanns (name changed by the editorial team). You can't blame him for not having tried. Maybe he tried too long. But he just couldn't integrate the colleague with whom he had so much hoped. Since he could stretch as he wanted. 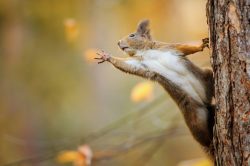 What he was not aware of (at least until recently):

Range stands for the number of people someone can integrate (with Steve Jobs that were probably thousands).
border stands for whether it is possible to build up high quality communication (a social system) with a single person.

Nobody can know beforehand what will work and how well. Whether you can steal horses together or just ponies is always a matter of fact. If someone doesn't fit here, then somewhere else and all the better.

You just have to know that there are such limits. Timmermanns now knows that he too has limits. Perhaps he had already suspected that. It's not like that. But now he also knows what it feels like. And the next time he is faced with a similar situation, he can take the fact that it might be a borderline problem with him into the horizon.

See you the week after next!

* This is also possible, but it is comparatively easy to solve by mutual agreement - above all, it is quick

The content of the post is licensed CC-BY-NC-ND. It can be used for non-commercial purposes at any time by naming your name and providing a link. Photo credit: iStock photo sduben 614737202

There are new blog posts every two weeks. If you want, you can order the articles here for free: