Elton John's ex-wife talks about attempted suicide while on honeymoon 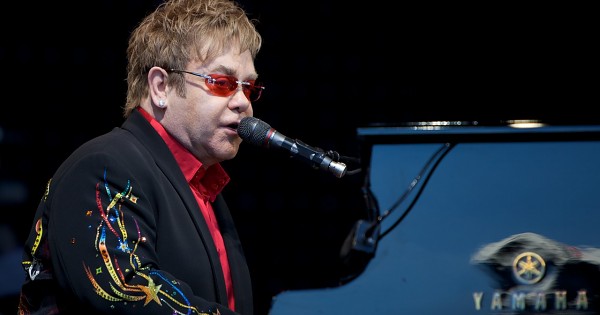 The German sound engineer Renate Blauel, who was married to the British superstar Elton John from 1984 to 1988, apparently tried to kill herself during her honeymoon in France. That emerges from new court filings filed by Blauel's attorneys at the High Court in London. The 67-year-old is currently suing the 73-year-old singer for three million pounds (3.4 million euros) because she blames him for her current mental problems.

Blauel accuses her ex-husband of portraying their relationship in a way that harmed their mental health with his autobiography "Ich: Elton John", which was published last year, and in the film "Rocketman", which he co-produced. This violates the marriage contract.

According to her lawyer, she is suffering from "depression and anxiety", which has been made worse by the renewed interest in her person in media coverage. She then had to spend thousands of pounds on therapies and treatments.

In the last few decades Blauel had lived very withdrawn. In public it was assumed that her relationship with the singer was friendly.

Stomach pumped out in St. Tropez

British media are quoting with relish from the court documents. Accordingly, John Blauel said three days after the start of the honeymoon in St. Tropez in the south of France that the marriage "does not work". As a result, she took an overdose of the pain reliever Valium. Because of this, her stomach was pumped out in the hospital. In the court filing, she complained that John allegedly never visited her at her bedside during her two-day stay in the hospital.

Elton John rejects the allegations through his lawyer: "Elton has always respected Renate's privacy and will continue to do so," said Jenny Afia. "It's well documented how respectful their marriage was and how kind the two were to each other after their divorce." It is "puzzling" why Blauel is now suing her ex - and making many documents available to the public. This shows the "real reason" of the lawsuit, namely "to receive a large amount of money from Elton and to damage his public reputation".

John had come out bisexual in 1976 and married Blauel eight years later. Shortly after the divorce, the singer came out as gay in 1988. In 1993 he finally began his relationship with the Canadian David Furnish, whom he finally married in 2014 after the marriage opened up in England (queer.de reported). (dk)

Offers of help with thoughts of suicide

A general emergency pastoral care for people with suicidal thoughts can be reached on the free number 0800 111 0 111 (for children and young people there is also the free "number against Kummer" on 116 111).

For children and young people who have difficulties coming out in Germany, there are numerous LGBTI youth groups and centers that offer advice as well as opportunities to contact like-minded people. Several websites, such as dbna (you are not alone) or those of the nationwide youth network Lambda, are aimed specifically at young gays and lesbians.