Child labor in the richest country on earth

Shortly before six in the morning in a dilapidated trailer on the edge of a forest in North Carolina, USA. 15-year-old Esteban and his 14-year-old friend Gilberto live here with eight grown men. The television is on in one corner, video clips flicker across the screen. The wooden floor is full of sand and the chipboard ceiling is full of holes. The once white plastic paneling on the walls is grubby and torn. The toilet is dirty too.

Esteban shrugs apologetically. In the beginning he didn't like it, he says, but: "I've got used to it, and now it's okay." Esteban is of short stature, wears jeans and a T-shirt and, like everyone else in the trailer, comes from Mexico. They are illegal in the United States and make a living helping local farmers harvest potatoes. In the morning they often do not know which farm they will be working on that day.

Harvesting potatoes instead of childhood 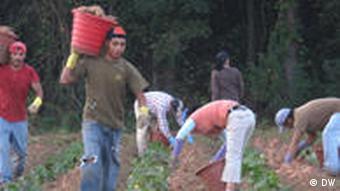 There are 35 cents for every full bucket

A little later, the children's hands rummage through the earth in the field, looking for potatoes. They are thrown into plastic buckets that everyone carries in front of them. When a bucket is full, it is taken to a truck. There are 35 cents for every full bucket. The sweat runs down their faces.

The kids have to dig tons of potatoes out of the ground to make about $ 800 a month, explains Emily Drakage of NC-Field, a non-governmental organization that campaigns for minors' rights. "Many sacrifice their childhood, their youth, their education, their health," she says, "so that we have something to eat on the table." It is a great irony that these children of all people have little chance in life in the end or not even enough food for themselves. 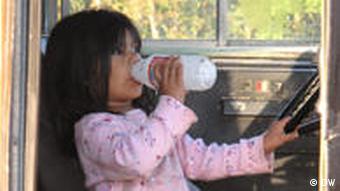 While their underage mothers work in the fields, the little ones spend the day in the driver's cab

At least 43 children died in industrial accidents in American fields between 2005 and 2008, according to human rights organization Human Rights Watch. There are no statistics on injuries. But whatever happens: the children don't go to the doctor. They are afraid of being expelled afterwards.

The laws protecting the up to 500,000 children who work on American farms date back to before World War II. Back then it was normal for the farmers' children to help out with the harvest during the summer holidays. Even today, what happens in the field is still the responsibility of the farmers, said Larry Wooten, president of the North Carolina Farm Office, a lobbying group for local farmers. "The farmers have to ensure," he says, "that all laws are complied with: from occupational safety and sanitary facilities to working conditions in the fields."

Papers are not checked

But American farmers are under economic pressure. You need the cheap Latin American workers. So they forego checking the workers' papers and rely on the word of the foreman who organizes the harvesting work on their behalf. 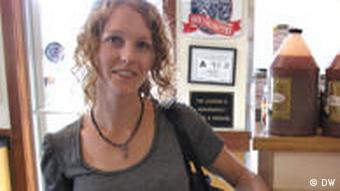 Emily Drakage is often unable to help working children when they are sick or - which often happens with young women - are abused. She feels powerless, also because American laws barely protect children. "At the age of twelve, you can work in the field an unlimited number of hours before or after school," she explains. In some cases, with written parental consent, this is even allowed at the age of ten. "In other industries, children are better protected," she adds. Agriculture is one of the most dangerous areas of work in the country.

Lessons begin in a school a few kilometers from the farm. The teacher Mary Lee Moore has tried again and again to integrate children who work in the neighboring fields into everyday school life. Mostly in vain, she says, because many of the children have to support their families. "It's difficult for them to work shifts at the same time," says Moore, "and then come to school on time with homework done in the morning."

Without school education, however, the children have no opportunity to advance professionally. For Estaban and Gilberto, the only alternative to life in the fields would be to return to Mexico. But there poverty is even greater. Gilberto has no illusions. He says he doesn't have any dreams.