What does a 4 ohm coil mean

Impedance - How amplifiers and speakers work together

The term impedance comes from the Latin word "impedire" and means something like "to inhibit" or "to hinder". Basically, the impedance - in connection with alternating current also called impedance - describes the resistance within a circuit. We explain the physical basics of electrical impedance and explain what it has to do with hi-fi speakers.

Physical resistance and the example with the skiers

The main quantities in the electrical circuit are the current in amperes (number of electrons being conducted within a certain time) and the voltage in volts (driving the electrons). The resistance within a circuit reduces the strength of the current. Therefore, materials with low resistance are used as electrical conductors, for example. The relationship between these quantities is described by Ohm's law.

To make this connection more understandable, one can imagine skiers descending a slope. The slope of the slope corresponds to the voltage, the speed of the skiers to the strength of the current and the nature of the snow to the resistance. Powder snow means a higher resistance than icy, flattened snow. Skiers progress correspondingly more slowly.

In this regard, the matter is easy to understand. It gets more complicated when you are not dealing with a pure ohmic resistance alone. This is exactly the case with loudspeakers.

Why different resistances work in loudspeakers

With loudspeakers, the matter of resistance or impedance becomes much more complicated. On the one hand, alternating current is used for their operation (no direct current), on the other hand, coils and capacitors are used as components. In addition to the ohmic resistance, these consumers also have so-called reactances. Reactance because the components only absorb energy and then release it again out of phase. In the case of effective resistance (ohmic resistance), however, power is converted, i.e. heat or light is generated. You should know that the resistance of capacitors and coils is frequency-dependent.

The impedance is now that Sum of active resistance and reactance. So if you find a fixed ohm number on a loudspeaker, this is only a guide. Often this is also called "Nominal Impedance" designated. Usually this is the lowest ohm number.

What does impedance have to do with loudspeakers and amplifiers?

Impedance and more in hi-fi systems

For audio signals, alternating current at different frequencies is sent from the amplifier to the speakers. In a classic audio system - to put it simply - the voltage is provided via the amplifier and loudspeakers (with the aforementioned coils and capacitors) represent resistances within the circuit.

In concrete terms, this means that the voltage provided by the amplifier must match the impedance of the loudspeakers. As a rule, compatibility is not a problem because most loudspeakers have a nominal impedance of 4 or 8 ohms and amplifiers are also matched to these values. Often you can use impedance switches to select the setting that suits the speakers. If the coordination is not optimal, it can lead to overload. As a result, a protective circuit is activated on the amplifier and you can no longer hear anything.

Here we explain how speakers work.

Receiver in the Teufel shop

Everything fits together here: Complete system from Teufel 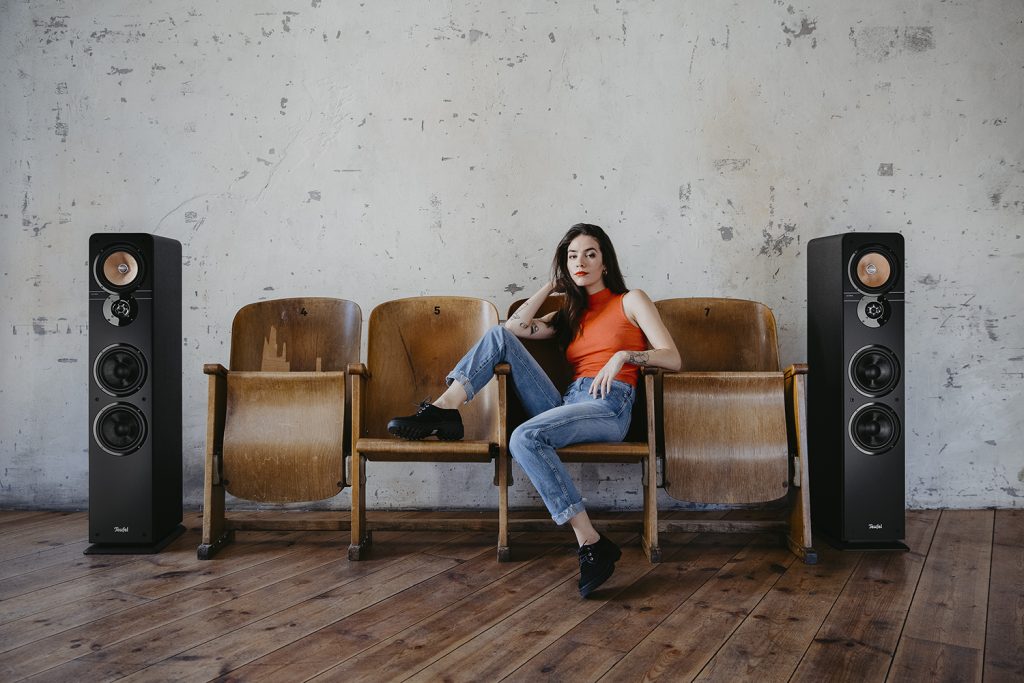 Conclusion on impedance - complicated topic, but manageable for hi-fi fans

Source: You can find detailed information on the connection between impedance and audio technology in Thomas Görne's manual on "Tontechnik".
<?