Sonos can now do even more: New operating system being tested

On June 8th, Sonos introduced its new Sonos S2 operating system. At the same time, the multiroom specialist has released new apps for Windows and macOS, Android and iOS. The explosive thing about it: Not all Sonos devices are compatible with the new software. Conversely, the new Sonos loudspeakers announced in May can only be used with the new software.

For customers who use a first-generation Play: 5 loudspeaker, for example, but are now also buying an Arc soundbar for their television, this means that at least these two devices cannot be used in the same system. In case of doubt, the user has to split up his multiroom system and use the old components with the previous app, which is now known as the Sonos S1 controller. 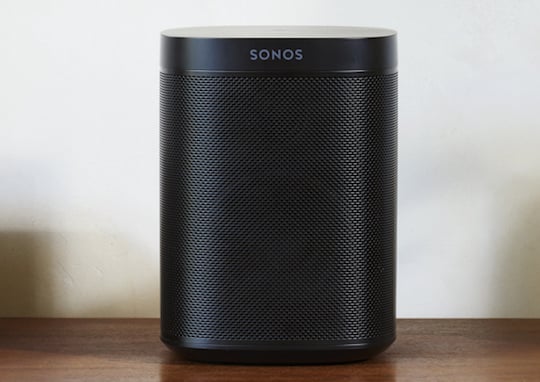 Sonos users who want or have to stay with the old firmware can continue to use their system in the same way. The manufacturer promises to continue delivering bug fixes and security patches. However, new features that Sonos S2 brings with it will no longer be published for the old operating system.

Anyone who only operates speakers and other Sonos components that are compatible with the new operating system and the new apps should therefore switch to the new software. We did this with a Sonos system that uses not only current devices such as Sonos One and Sonos Move, but also older speakers such as Play: 1 and Playbase. 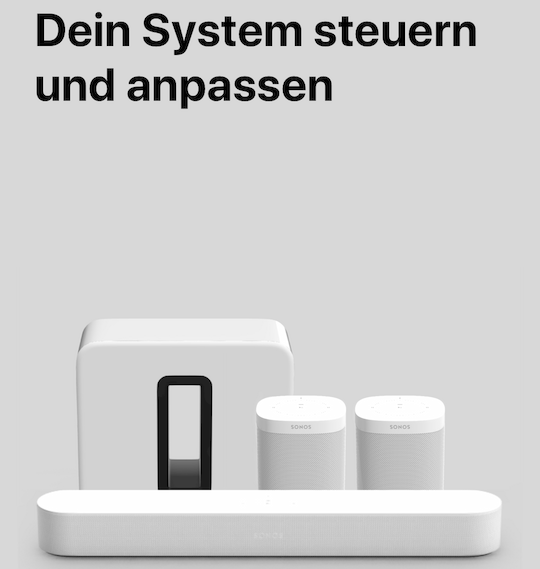 Update done within a few minutes

Customers who want to switch to the new Sonos operating system need the new Sonos apps. These are not provided as an automatic update, especially since there are customers who consciously stick with the old software. We have installed and started the new Sonos app on the Apple iPhone XS Max. After that, some information about the Sonos system could be seen. The terms of use then had to be displayed and accepted.

In the next step, we received the notification that Sonos was found in the same WLAN network to which the smartphone is connected. Now the user data of the Sonos account had to be entered in order to install the update. The audio playback was understandably interrupted during the update. After a few minutes, the app reported that all Sonos products were up to date.

This is the new Sonos controller app

After the update, the user interface of the new Sonos controller app is visible for the first time. This has mainly been redesigned optically. The font is larger and therefore easier to read than before. In addition, the menu looks a bit more modern and graphic than before. Those who already knew the previous app will find their way around straight away, because all functions are in the same place as before.

All settings and services were taken over from the previous installation and services that require logins could continue to be used without having to re-enter the user data. Nothing has changed in the service selection. The offers have remained unchanged compared to the old firmware. The service menus have not changed either. 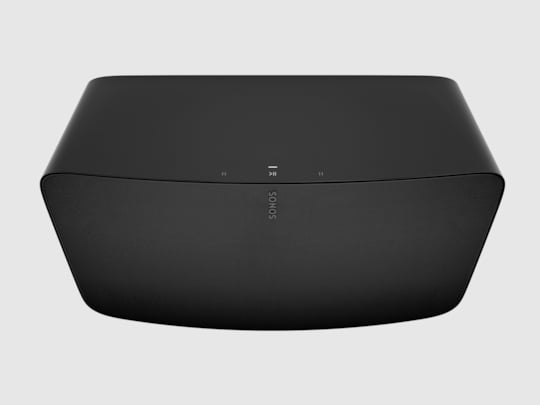 Voice assistants will be offered again

Amazon Alexa and the Google Assistant have already been available with Sonos - but not with all speakers, as some components do not have the necessary microphones for voice control. Customers who have not yet used the voice assistants will be offered them again after they have switched to the new operating system. Regardless of this, it is also possible to install Amazon Alexa or the Google Assistant at any time.

What is also noticeable: TuneIn Radio, once the Sonos standard service for Internet radio reception, has been "degraded". The offer is still available, but no longer in a prominent position at the top of the menu, but rather far below in alphabetical order. No wonder, because at the end of April Sonos launched its own radio portal, which has taken the previous place of TuneIn Radio in the apps menu. 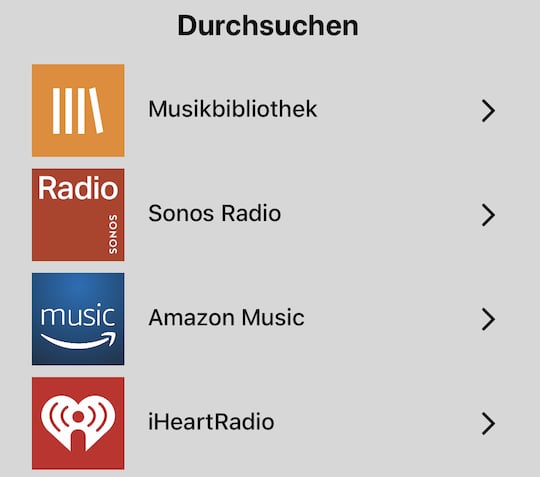 Own radio programs continue with TuneIn

If you as a Sonos user would like to receive a stream that is not listed on any of the available portals, you still have the option of adding it manually. This program will still be listed under "My Radio Stations" on TuneIn Radio, but not on Sonos Radio.

A disadvantage that still exists is the inability to log in with the TuneIn account that may have been set up for the smartphone or tablet for a long time. In this way, it would be possible to take the favorites that have already been created with you to Sonos. The same shortcoming also exists with MyTuner Radio, while Radio.de, which is listed as Radio.net on Sonos, has also given up its accounts in the mobile apps. The American portals iHeartRadio and SiriusXM, which are not officially available on Sonos in Germany, are more popular here, because account registration is possible here so that you can also use your preferred programs immediately.

Rooms can be grouped

The most important new feature of Sonos S2 at the moment is the ability to group rooms. From then on, the music is played via all loudspeakers belonging to the respective group with one click. So far, the desired rooms had to be clicked on individually. However, the function lacks the ability to set up a standard setting for the volume ratio between the rooms. Perhaps Sonos will deliver this function later.

If you open an old Sonos app after updating the system to the new firmware, you will receive a message that the application is not compatible with your own multiroom system. The new app has to be installed in order to continue controlling Sonos. A new login to the Sonos account is required on the smartphone or tablet; under macOS, the data in our test was automatically transferred to the new controller app. 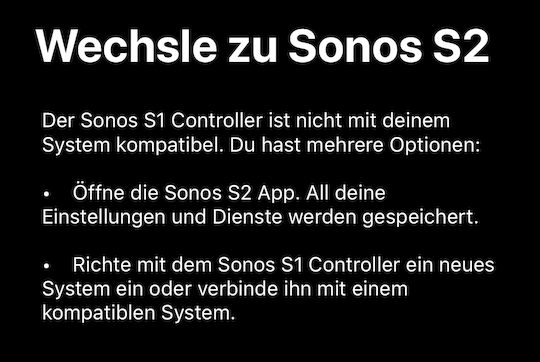 Old app can no longer be used after firmware update
Photo: teltarif.de

The new Sonos system runs flawlessly and reliably, as our multi-day test showed. The playback of external audio sources that have been looped in via a Sonos Connect (2nd generation) works more reliably than before. We used this feature in the test to use a DAB + radio and a satellite receiver in conjunction with Sonos, among other things. If there were occasional dropouts, playback was now flawless for many hours.

For the future, Sonos promises further, unspecified features and new services that can be used exclusively with the new operating system. In addition, an increased audio bandwidth is possible, which in turn requires even greater stability in the WLAN network. And that is precisely where the weak point of Sonos lies - but on the hardware and not the software side. It is incomprehensible that even the latest Sonos speakers like the Five only work in the completely overloaded 2.4 GHz band and not also on 5 GHz. 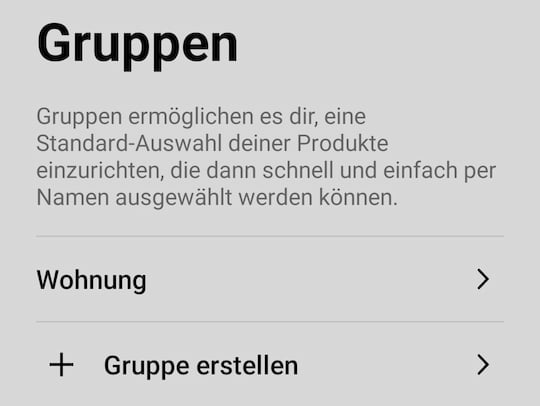 Rooms can be grouped
Photo: teltarif.de

Considered soberly, one has to say: The announcement of Sonos S2 was bigger than the innovations that the update brought with it in practice. Rather, the question arises as to whether it was really necessary to downgrade older components to second-class hardware for the current range of software and functions, which may now have to be used in a separate second network.

It remains to be seen what innovations Sonos has in store for the future. After Apple AirPlay 2, support for the GoogleCast protocol would also be desirable. There are also reports, for example, via a dedicated voice assistant that is being planned. This should allow the services available on the multiroom system to be controlled without having to resort to external offers such as Amazon Alexa and Google Assistant. We have already reported on the Sonos voice assistant in a separate report.