Is arithmetic only about additions?

We will deal with the square addition in this article. In this context, it explains what the square extension is used for and shows some examples. This article is part of our math section.

In mathematics, the quadratic addition is a method for transforming terms in which a variable occurs as a square, for example x2 or a2. The aim is to create a squared binomial. For a better understanding, I recommend reading the following articles. Although this is not absolutely necessary, it often helps to better understand the square extension.

Schoolchildren and often also students appreciate it when they are given a "timetable" with which they can solve a task. The following procedure can be used, for example, in order to carry out the addition of the square and then to form appropriate brackets:

That’s the theory. The following examples demonstrate the practical procedure. You can find a comprehensive explanation below the invoice. 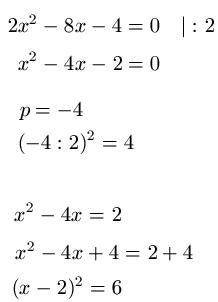 Next we create the "-2" on the right side and get x2 -4x = 2. Now we use the quadratic addition "4" that we already calculated above and add it to both sides of the equation. The formation of the expression in brackets is still missing. In the brackets we write an x ​​and behind it now p: 2, i.e. -4: 2 = -2. Don't forget the square behind the bracket. Sample: Multiply becomes (x - 2)2 off again, we get the starting equation again. So we have formed an expression in brackets. 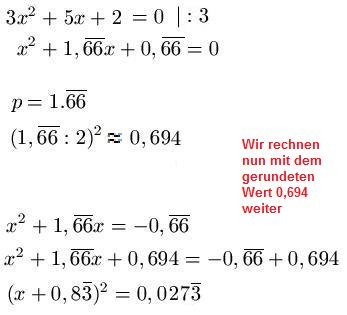 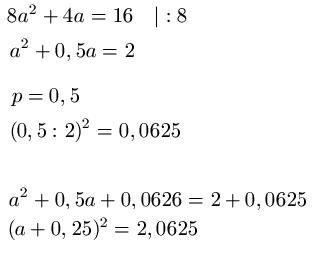