Cinnamon is only healthy in moderation

Cinnamon has an antibacterial effect and aids digestion. However, too much can cause liver problems. How many grams of cinnamon are healthy per day also depends on the variety. Pay attention to the variety: Certain types of cinnamon contain too much coumarin.

Cinnamon is an integral part of many cakes, in Christmas bakery and other sweets. The spice is rich in essential oils, which give it its typical taste and smell.

Difference between cassia and Ceylon cinnamon

The most important flavoring substance is cinnamaldehyde, as the consumer information service aid explains. Ceylon cinnamon is of very high quality - overall it contains more essential oils than the cheaper and less high quality cassia cinnamon.

Coumarin in cinnamon can damage the liver

Both types also contain coumarin, which is believed to cause liver problems if consumed in large quantities. The cheaper cassia cinnamon contains more coumarin. If you consume at least two grams of cinnamon a day, which corresponds to about a level teaspoon, it is better to use Ceylon cinnamon.

And aid recommends that children, for example, do not eat as much of pastries that contain a lot of cinnamon, such as cinnamon stars. The oils in cinnamon are good for the body: according to aid, cinnamon oil has an antibacterial effect, inhibits fungal growth and promotes bowel movement.

Frischepost delivers fresh groceries from small farms and factories in the Berlin-Brandenburg region directly to your home or workplace. more 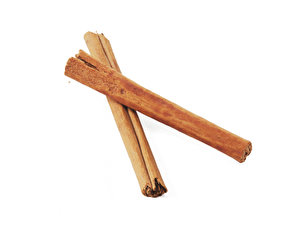 The popular spice cinnamon has little-known healing effects that diabetics can benefit from. more 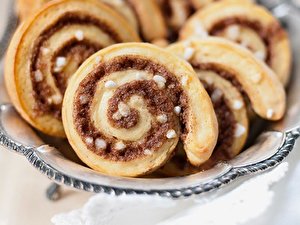 The Swedish cinnamon rolls are well received in a coffee group. more

more on the subject

Wellness and relaxation for all the senses

Whether a visit to a thermal bath or a restaurant, a wellness treatment or an overnight stay in a hotel - with the Spreewald Therme voucher you decide on your individual wellness package. Order online now! more

Appearance is an important feel-good factor: addresses for everything to do with beauty in Berlin, from hairdressers to waxing studios. more

The most important food and nutrition fairs in Berlin with dates, descriptions and directions. more