How is HDMI used today

The HDMI connection has established itself as a digital all-rounder for picture and sound on a broad front. Televisions are equipped with HDMI inputs as well as monitors and projectors. On the other hand, there are HDMI outputs on computers, streaming sticks, game consoles and players of all kinds, and AV receivers and soundbars are also equipped with them as control centers. The abbreviation HDMI stands for High Definition Multimedia Interface. In German: for a connection that transmits picture and sound digitally in high resolution, i.e. with high transmission quality.

HDMI is now available in different versions. All of them transmit videos in normal standard and HD resolution with 1920x1080 pixels right from the start. Ultra HD with 3840x2180 pixels has long been possible (also called 4K). Up to version HDMI 1.4, UHD was possible with up to 30 frames per second, HDMI 2.0 also manages 60 frames per second. HDMI 2.1 is even more powerful, so that 8K resolution (7680x4320 pixels) can run at up to 60 frames per second. Gamers also benefit from variable frame rates, which have been possible since HDMI 2.0 and are firmly anchored in the standard with HDMI 2.1. But very important: The version numbers only identify the basic possibilities of the connections. The actual capabilities of the device often only include part of them. For example, HDMI 2.0 enables Ultra HD resolution and increased color depth with HDR, but a television with HDMI 2.0 can only handle Ultra HD and not HDR. In other words: a television with HDMI 2.1 cannot necessarily also process the variable frame rates of the new game consoles.

HDMI versions at a glance

Older or very cheap flat screen televisions and projectors often have too few HDMI connections for HDTV receivers, game consoles, streaming boxes and similar players. This can be remedied by switches with multiple HDMI inputs and one output, which are available from around 35 euros. It is very important to pay close attention to the specifications so that UHD and HDR videos or certain audio formats pass the HDMI switch unscathed. The same goes for AV receivers. With their HDMI inputs, they offer space for multiple players and forward the images to the television via HDMI. High-end soundbars also have corresponding connections, even if they rarely offer more than two to three HDMI inputs. But only the latest and high-quality models are suitable for UHD and HDR in all forms such as Dolby Vision. 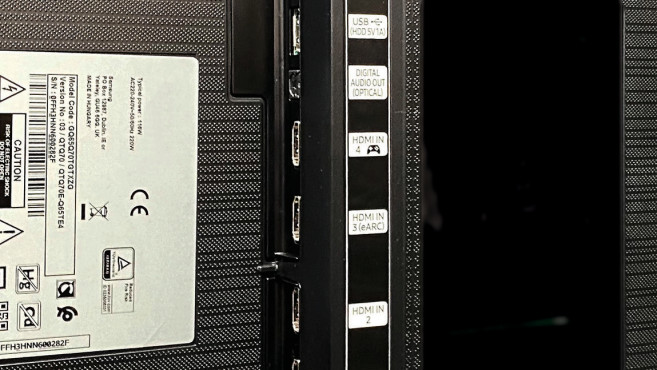 The HDMI connection on the television for a soundbar or for an AV receiver is marked with the addition ARC. In addition, some televisions have one or two more powerful HDMI connections: On older devices, 4K-compatible HDMI inputs are marked as HDMI 2.0 or with the addition of 4K or UHD, on current TVs special inputs for game consoles with a corresponding symbol (see picture) or with HDMI 2.1 or 2160p120.

Blu-ray discs and UHD Blu-rays as well as the latest streaming players deliver high-resolution home cinema sound with Dolby Digital Plus, Dolby True HD and DTS-HD Master as well as Dolby Atmos and DTS: X. No special HDMI cable is required for this. And it is not necessary to have a new AV receiver:

If your home cinema boxes remain silent on the AV receiver, the receiver may not process the HDMI sound itself, but rather send it on to the TV set or leave it unused. Then set the receiver so that it gets the picture and the sound from the HDMI input. You can find out how to do this in the operating instructions for the AV receiver. Also, check that all the players have their HDMI output set to Bitstream or Raw for the sound so that not only stereo sound is transmitted. Alternatively, PCM multichannel is permitted.

HDMI with ARC and eARC

On request, televisions can output the TV sound from one of their HDMI connections to AV receivers and soundbars. This HDMI connection is also designated by the abbreviation ARC (Audio Return Channel) on the TV set. The matching counterpart on the AV receiver or on the soundbar is the HDMI connection for the television, i.e. HDMI Out or TV Out. So that the TV set does not reproduce the sound through its own speakers - but lets it out through the HDMI connection - a corresponding setting in the TV's sound menu is required. New televisions have a higher bandwidth audio return channel, abbreviated to eARC. It can also output high-resolution surround sound including Dolby Atmos. The corresponding sound formats do not arrive at the AV receiver? The extension in the TV menu is often deactivated at the factory. In such cases, switch on eARC in the TV menu under Connections or Sound. 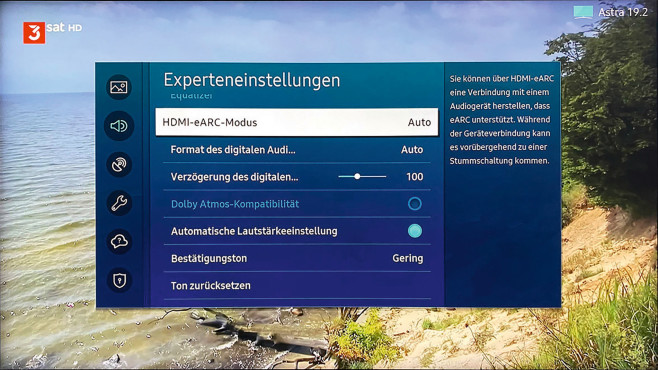 TVs output the sound to soundbars and AV receivers via their HDMI-ARC connection, with models with eARC including Dolby Atmos. However, users have to activate the Dolby Atmos pass-through.

How to Identify Good HDMI Cables

Problems with picture and sound sometimes occur, especially with longer HDMI cables. The cause can then be poor cable quality or bandwidth. Good cables are cheap, but the information on HDMI versions is nonsense. Only the standardized bandwidth classes guarantee trouble-free operation:
Strips with these designations guarantee that error-free image and sound transmission is possible over the cable length offered. If that doesn't work, exchange the cable for another brand. For even longer distances, divide the route into two strings of equal length and connect an HDMI repeater in between. It nurtures the signal so that 20 meters are no problem, at least for UHD images. 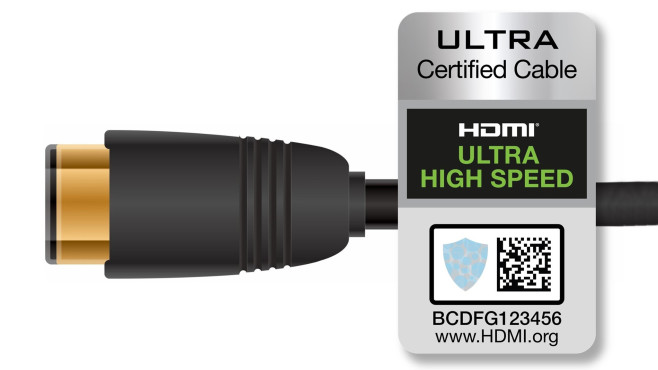 Various settings for image resolution and display can be selected on devices with an HDMI output. Older TV sets and projectors, for example, do not process the resolutions 576p or 1080p and accordingly do not show any picture. If possible, connect the player using an analog video cable so that you can see its menu again. Then switch the HDMI output of the playback device to 576i, 720p or 1080i. Then select the HDMI input on the television again. HDR is also tricky: For example, on the PS4 Pro you have to activate UHD and HDR playback in the menu and, on the other hand, enable the correspondingly occupied HDMI inputs of the TV for HDR.