Why are Chinese cell phones so underestimated

Underestimated for too long

Two Chinese smartphone manufacturers are currently talking more intensely than ever before. That has been seen well in Barcelona over the past few days. All the major cell phone manufacturers meet there for the Mobile World Congress, the most important trade fair in the industry. Almost all of them, one must say. Apple has been avoiding the event for years and prefers to present its new products at its in-house "keynotes" at its headquarters in Palo Alto. But that doesn't mean that Samsung, as Apple's toughest competitor, can claim the limelight for itself in Barcelona. The assembled tech journalists wrote dutifully about the presentation of the S5, the new top model from the South Koreans. But this time they paid at least as much attention to two companies from China.

On the one hand, there is Huawei: the company from Shenzhen in southern China has quietly moved into third place among the world's largest smartphone sellers behind Samsung and Apple. And in Barcelona the group managers made it clear that they too would like to be at the top. They surprised with a product offensive and presented five new devices, including new tablet computers and smartphones as well as a smart bracelet that keeps the wearer informed of new emails, evaluates their sleep phases or counts the steps taken each day. 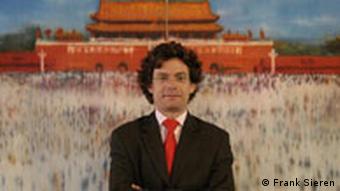 "Lenovo and Huawei have the potential to be world market leaders," says Frank Sieren

In Barcelona, ​​however, the industry paid even more attention to Lenovo than Huawei. No wonder: The Beijing company is currently still in fifth place behind LG among the world's largest smartphone manufacturers. But a few weeks ago, Lenovo surprised everyone with a piece of news that should soon influence the ranking in their favor. The Chinese announced their intention to buy Motorola. That made the competition sit up and take notice. Of course, the industry takes this takeover seriously because it doesn't want to make the same mistake as its colleagues from the computer industry did ten years ago. At that time, Lenovo was ridiculed for buying IBM's PC division for $ 1.75 billion. Almost no one in the industry trusted the Chinese to maintain the quality level of the ThinkPad brand and world market rank. Above all, the world's two largest manufacturers Dell and HP negligently underestimated the Chinese newcomers. The global economic crisis from 2008 to 2009 heralded the turning point. While demand plummeted in the West, the Chinese government boosted consumption by also offering discounts on electronics. So Lenovo was able to gradually screw itself to number one in the world rankings. And not just about mass, but also about innovation. The notebooks are just as innovative as those of the western competitors. But what good is leadership in a market that has passed its zenith? Computer sales are still picking up in China, but are stagnating at best around the world.

The new growth business has long been smartphones and tablets. Both Lenovo and Huawei are in a good starting position to take on the global market leaders Samsung and Apple. Their greatest advantage is obvious: China, the home market of the two manufacturers, is also the largest market in the world. Whoever is at the top here also has an easier time leading the entire world market. Of the roughly one billion smartphones that were sold worldwide last year, more than every third device went over the counter in China. Samsung is still the market leader here too. However, the market share of the South Koreans has recently shrunk from 20 to 18 percent. Lenovo's market share, on the other hand, has risen from 11 to 14 percent. That this trend will continue and Lenovo will take the lead in China is already a foregone conclusion. The only question is: when?

The next big goal is then the second most important market in the world: America. The $ 2.9 billion Lenovo spent buying Motorola is definitely worth it here. Because the Chinese are getting a well-established American sales system with which they can now offer their two brands, Lenovo and Motorola. It would take years to build something like this yourself.

Only one thing could stop the Beijing company on its way to becoming the world market leader: A tangible scandal. Huawei recently struggled with this in the USA. Two years ago, none other than the US Congress warned about Huawei. Allegedly, gateways for hackers and spies are built into the Chinese technology, according to a report. These allegations were dropped after an investigation by White House staff, but suspicion lingered on many users. Without this scandal, Huawei would have moved even closer to the two market leaders. Faster than we think today, two Chinese companies will fight for supremacy in China and then in the world.