Why is SRAM more expensive than DRAM

Difference between SRAM and DRAM 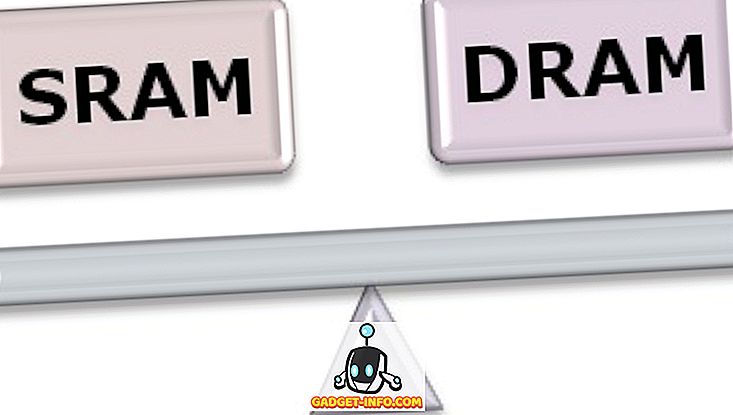 SRAM and DRAM are the modes of RAMs For integrated circuits, at which SRAM uses transistors and latches while DRAM uses capacitors and transistors. These can be distinguished in many ways, e.g. B. SRAM is comparatively faster than DRAM; therefore, SRAM is used as a cache memory, while DRAM is used as a main memory.

RAM (Random Access Memory) is a type of memory that requires a constant power supply to hold the data it contains. As soon as the power supply is interrupted, the data is lost, which is why they are saved as volatile memory . Reading and writing in the RAM is quick and easy and is done using electrical signals.

SRAM (Static Random Access Memory) consists CMOS technology and uses six transistors. Its structure consists of two cross-coupled inverters for storing data (binary) similar to flip-flops and two additional transistors for access control. It is relatively faster than other types of RAM like DRAM. It uses less electricity. SRAM can hold the data as long as it is powered.

Working SRAM for a single cell:

To create a stable logic state there are four Transistors (T1, T2, T3, T4) organized crosswise. The node is used to generate the logical state 1 C1 high and C2 is low. Are in this state T1 and T4 turned off and T2 and T3 are switched on. The connection is for the logical state 0 C1 low and C2 is high; are in the given state T1 and T4 switched on and T2 and T3 are turned off. Both states are stable until the DC voltage is applied. 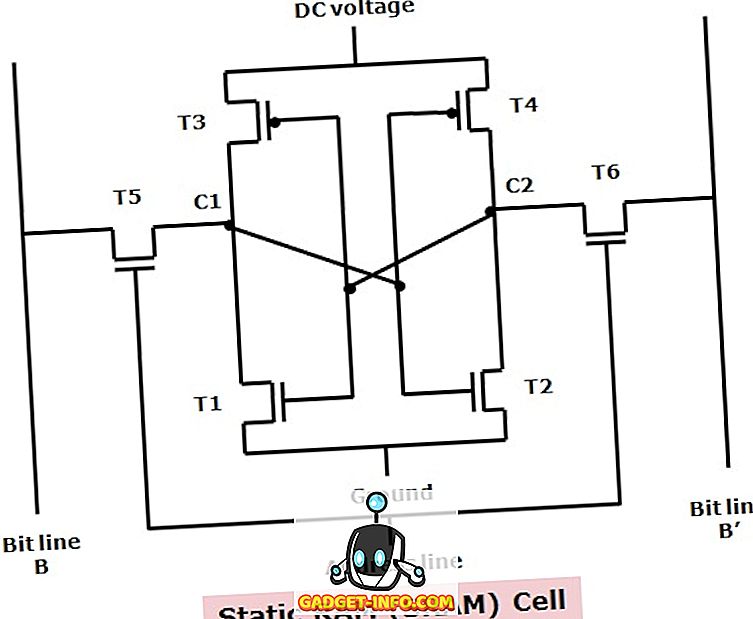 The SRAM Address line operates to open and close the switch and to control the T5 and T6 transistors that allow reading and writing. For the read operation, the signal is applied to this address line, then T5 and T6 turn on and the bit value is read from line B. For the write operation, the signal is sent to the B Bit line applied and its complement is applied to B '. .

The dynamic expression indicates that the charges are constantly leaking, even when the power is constantly being applied, which is why it consumes more energy. In order to keep data for a long time, it must be updated repeatedly, which requires additional refresh circuits. Due to a leak in the charge, the DRAM will lose data even when the power is on. DRAM is available in higher capacity and less inexpensive. It only requires a single transistor for each block of memory.

How a typical DRAM cell works:

When the address line is selected to perform the read operation, the transistor turns on and the charge stored on the capacitor is routed to a bit line and a sense amplifier. 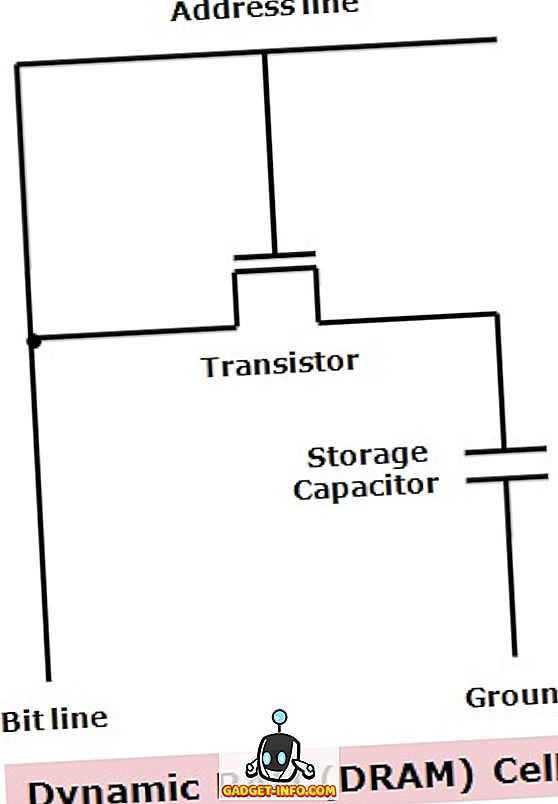 The sense amplifier indicates whether the cell contains a logic 1 or logic 2 by comparing the capacitor voltage with a reference value. Reading the cell causes the capacitor to discharge, which must be restored to complete the process. Although a DRAM is basically an analog device and is used to store the single bit (i.e. 0, 1).

Main differences between SRAM and DRAM

DRAM is dependent on SRAM. DRAM was designed to overcome the disadvantages of SRAM; Designers have reduced the memory elements used in a bit of memory, which greatly reduces DRAM costs and increases memory area. However, DRAM is slow and uses more power than SRAM. It needs to be updated regularly in a few milliseconds to keep the charges.