Is a dancer playing sport 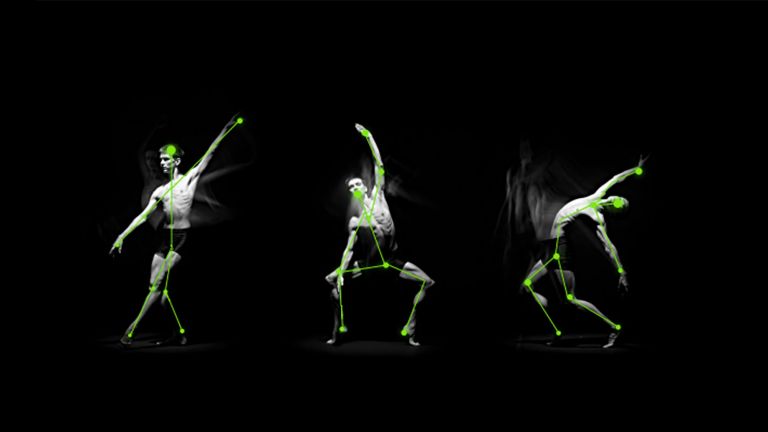 Dance changes the mind like no other sport. In order to perform complex movements such as pirouettes, the brain relies primarily on the senses of the body. And professional dancers always dance with you in spirit, whether they're just watching or on stage themselves.

At first glance, dance and insects don't have much in common. But in Bettina Bläsing's curriculum vitae, the interests of both follow one another: As a doctoral student, she studied until 2004 how the stick insect Aretaon asperrimus climbs over large gaps. She observes how the filigree insect carefully feels the way with its feelers and coordinates the six legs in such a way that it never falls. “Fascinating,” she thinks.

In her free time, Bläsing loves to dance ballet: contemporary, classic and modern. She even appears at the Bielefeld dance theater. Just as she analyzes the movements of insects, she would love to find out how dancers perform complicated steps and jumps. Established colleagues advise against: too remote for serious research. But the call is stronger.

Since then, Bettina Bläsing has helped shape the young field of dance cognition research at Bielefeld University. She now has strong support from abroad. The research community grows and grows. The leading figures are mostly women and - have danced themselves, are still dancing or are passionate dance theater goers. In the meantime, dance cognitive research is being taken seriously by scientists outside their discipline as well as by dancers. For example, Bläsing works today with the internationally known company of the choreographer William Forsythe.

“Dance is movement in space,” the cognitive researcher recites a common definition of dance. This interpretation gives artists freedom for an almost inexhaustible variety of dance. Whether the Brazilian dance capoeira, ballet or tango argentino - the design language seems to have no limits.

Dance is probably older than human language and one of the earliest forms of non-verbal communication, suggest neuroscientists Steven Brown from McMaster University in Ontario and Lawrence Parsons from the University of Sheffield, UK. When they placed five tango dancers in a positron emission tomograph and had their legs moved to tango music, they consistently found that the so-called Broca area in the left hemisphere was activated. The same region speaks when we talk, but also when we are silent and only make pronounced gestural hand movements. Some linguists believe that there were hand movements even before words came out of human lips. And before that was body language, Parsons and Brown continue the train of thought.

But dance also has a massive long-term effect on the brain. The more professional the dancer, the more the processing of sensory stimuli shifts in favor of body perception. Nerve cells in the muscles of the remote body regions continuously report their position and location in space to the cortex. This sensory channel is even more important to professional dancers than what they see. This was discovered by the neuroscientist Corinne Jola, who is currently working at the Inserm research institute in Gif-sur-Yvette, southwest of Paris.

In 2008 she invited professional and non-dancers to an experiment at the Institute of Cognitive Neuroscience in London: the test subjects had to sit down at a table on which five points were marked. From the underside of the table you should tap the position of a point with the index finger of one hand and hit it as precisely as possible. The researcher varied the conditions: In the first round, the test subjects were blind and could only rely on their body perception - the researcher had maneuvered the index finger of the other hand to the appropriate place on the table. In the second round they could see the target point, in the third they could also use the second index finger for help.

The result of the experiment was astonishing: the professional dancers did better, as expected - but only if they saw nothing. And: They preferred to rely on their body perception even when they could use their eyes for help. In this case, they ended up farther off the point than non-dancers using both senses.

As dominant as the sensory channel of body perception is in dancers, it does not seem to play first fiddle per se. In exercises that put the sense of balance to the test, professional dancers, for example, do just as badly as non-movement enthusiasts when they close their eyes. Only with open eyes are they superior to these and can keep the balance much better. What's more, when they falter, they straighten up much faster than non-dancers, discovered Roger Simmons of San Diego State University. Your muscles transmit position information, and with dance the brain learns to respond to it much more quickly than usual. 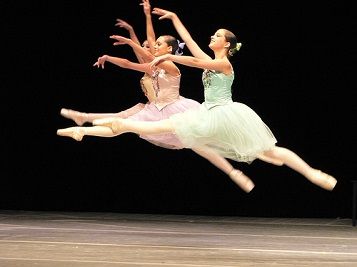 But what goes on in the brain when dancers perform complicated pirouettes and jumps, Bläsing wondered. A good body awareness alone is not enough. The researcher suspects that the artists break down the movement in their minds into partial steps. For example in preparation for the jump, the actual jump and the landing. She tested whether the dancers actually had this idea in mind on a total of 70 people, including professionals, advanced amateurs, beginners and non-dancers. You should simulate a certain pirouette on a computer - with a program specially developed to analyze complex movements. During the task, the test subjects were allowed to stand up and perform as many turns as they wanted in order to visualize the movement. Almost all participants made use of this opportunity. Only the professionals got by without any dance practice.

Both the experienced stage dancers and the advanced dancers mentally divided the pirouette into the correct units. The beginners and laypeople, on the other hand, could not do this. "The correct sequence of a complex movement in long-term memory is the prerequisite for the movement to be carried out accurately," says Bläsing. However, she wondered why professionals and advanced amateurs were on par in their test, even though their pirouettes looked different. As she refined the experiment, she discovered in 2012 that only the stage dancers were also aware of the spatial direction during the rotation.

However, the findings raise new questions. Do the right images arise in the head by themselves if the movement is perfectly mastered, or are the right images in the head a prerequisite for the movement to be carried out perfectly? This is still open today. It is only clear that dance practice changes the perception of dance. The London dance neuroscientist Beatriz Calvo-Merino reported in one of her first studies in 2005 that ballet dancers react with a strong activation in the network of mirror neurons when they watch a ballet performance, but not when they watch Brazilian Capeiro dance. This was noticed because she pushed the artists into a magnetic resonance tomograph and studied the blood flow in the various areas while they were watching the video. The blood flow is a measure of the neural activation.

In her latest study, Bläsing was able to reveal that professionals learn a new sequence of movements differently. They memorize much larger sections of movement than beginners and inexperienced dance technicians. In doing so, they sometimes divided the phrases (sections) of a choreography according to how much energy they needed for them. The beginners, on the other hand, divided between sequences with leg and arm movements and segmented the body, so to speak - an approach that was far removed from the professionals. “You can only judge how much force a section requires if you can imagine it mentally,” explains Bläsing. She is therefore convinced that professionals dance along in spirit.

But the audience does not leave the symphony of moving bodies indifferent either. Difficult acrobatic performances are particularly popular, says Calvo-Merino from brain scans that she combined with surveys. And Corinne Jola showed in March 2012 in the journal PloS One that viewers who regularly watch ballet performances react to certain ballet movements with increased excitability of the core motor areas. “Experienced spectators have an increased engine response. We don't yet know whether this is a result of frequent passive dance consumption or a prerequisite for enjoying dance, ”says Jola.

But even with laypeople, dance evidently lets the spirit swing along when they see the performance live rather than on video. The excitability of the core motor areas for arm and hand increases while watching Indian dance or ballet, Jola reported in March 2013 in the journal Cognitive Neuroscience. “One shouldn't underestimate the presence of the artist and the emotional content of the dance,” she warns and derives an important lesson for all dance cognitive researchers from her findings: “If we do our studies with video recordings, as before, we are not grasping the dimension of one real dance performance. We have to look at the effects of dance on people in a much more differentiated way. "