What's the best party in Barcelona

Barcelona is one of the hippest and best party cities of all - they say and it is. In addition to the Montjuic, the Sagrada Familia, the Placa Reial, the Raval district or the Eixample district, Barcelona has a lot more to offer, namely a great nightlife. Party-goers can expect an exciting, varied and always trendy nightlife, which also often has big stars like David Guetta to offer. We are there every summer, including 2017, and want to share our impressions of the nightlife here as a travel report.

Our experience: rather late and then until early

However, if you have never celebrated in Spain, you should be prepared for the fact that the clubs in Catalonia's capital, Barcelonabefore 1am or 2am usually do not even fill at night. So if you want to fully enjoy the exuberant atmosphere in the nightlife, you should adapt to the rhythm of the Spaniards:

Another note for you: In Spain you can from 18 years to the discotheques. The same age limit applies to alcohol consumption. On the linked page you will find an overview of the rules / laws and what you should pay attention to when celebrating in Spain.

Our tip: guest lists and flyers

An absolute tip for your summer 2017 in Barcelona is to be put on a guest list. The most famous for Barcelona is the Shaz guest list. You can easily register on the website www.barcelonaparties.com and then party for free from Monday to Sunday. Those who are on the club's guest list do not pay any admission to the best and hippest clubs, such as Opium, Danzatoria, Shoko or Pacha, and can therefore change locations as they wish, without straining their wallet. However, the Shaz guestlist usually has a time limit, which means that you only have free entry up to a certain time. Actually really cool or not? So you save a euro or two in the clubs to be able to go shopping 😉 The nightlife is legendary and you shouldn't miss it in 2017!

Another way to get to Barcelona's discos for free is with them Club flyerwhich are distributed free of charge on the street during the day and sometimes even in front of the clubs at night. Just take it with you! Also, many discos offer before midnight or even Free entry until 1 a.m. at. So it's better to leave a little earlier and save up to € 20 on entry. 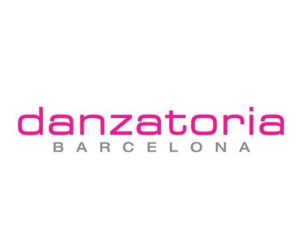 This is definitely one of the top ten places to party in Barcelona Danzatoria. It is one of the largest and most popular nightclubs in town and is located right on the beach in Barceloneta district on an Avinguda (avenue). On the two levels of the stylish club you can do both: party wildly on the large dance floor and retreat to the sofas with a drink to chill out and chat. There is a good mix of old and new hits from the genre RnB, Hip Hop, Dancehall, Techno and House. You should definitely pay attention to the dress code: emphasis is placed on an elegant look.

If you also want to book a table (including soft drinks and a limited amount of alcoholic drinks) in the Danzatoria, you have to reckon with 250 euros upwards.(Free entry with the Shaz Guestlist) 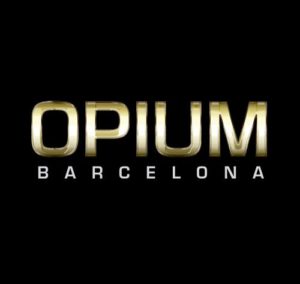 The opium (La Barceloneta) is in no way inferior to Club Danzatoria. Even Hollywood stars party here to the beats of internationally popular DJs. Shakira, Akon, David Guetta, Bob Sinclair and Avicii have been guests at the Opium. It is without a doubt one of the best clubs in Barcelona, ​​so it is very popular with locals. The atmosphere is chic and modern, and the huge terrace overlooks the sea. Here, too, there is a dress code that must be observed! The outfit should always be elegant and sexy, on the weekend a more casual look is allowed for the boys. Tables can also be rented in this club.

A table for 5 people (including alcoholic beverages and soft drinks in limited quantities) costs between 300 euros and 15,000 euros in Opium. (Free entry with the Shaz Guestlist) 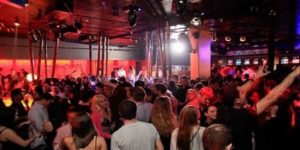 The Shoko Barcelona in the Barceloneta district is especially popular with tourists and students. The club stands out due to its Asian style and its varying theme parties, such as the Fashion Night or the Glow Party. But the dress code “elegant and sexy” also applies here. If you want to chill out a little in between or have a quiet chat, you can retreat to the large terrace of the club.

Musically there are the best hits from RnB, dancehall, techno and house. Tables are available in the club from 250 euros (including alcoholic drinks and soft drinks in limited quantities) for 5 people.(Free entry with the Shaz guest list) 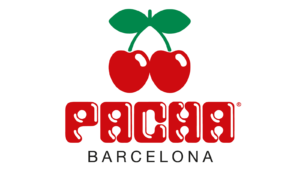 In the clubPacha (La Barceloneta) the party guests are offered two dance floors: One is inside, the other is outside on the terrace of the stylish club. Musically, however, the two floors do not differ. International music, house and Latin grooves are all the rage here. The three VIP areas of the club, which are furnished with huge white couches and create a real star feeling, are something special. Dress code: also elegant and sexy!

If you want to book a table, you have to expect at least 250 euros (including alcoholic beverages and soft drinks in limited quantities) for 5 people. You definitely have to stop by this club. (Free entry with the Shaz Guestlist) 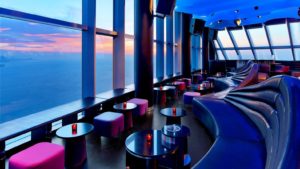 The keywords for the club are luxurious and exclusiveEclipse in the Barceloneta district. The location alone is a highlight: The Eclipse is on the 26th floor of the W Hotel - the panoramic view from up there is unique. The atmosphere in the club is correspondingly modern and stylish and the dress code also dictates an elegant, sexy outfit. Above all, international hits and deep house are played for dancing.

There are tables in the Eclipse from 250 euros (including alcoholic drinks and soft drinks in limited quantities) for five people. (Free entry with the Shaz guest list)

At the clubSala Razzmatazz In reality there are five clubs: Anyone who has paid admission once (15 euros plus a free drink) can switch back and forth between the five areas of the club. The trance floor can be right next to the punk rock floor, depending on how the evening is organized.

The Razzmatazz also offers even more: Motto parties, fashion shows, galas and time and again big names of the music scene but also lesser known bands are on the program. So there should be something for every taste at Razzmatazz. You have to pay entry here and the club is also a little bit outside. With the metro, however, it is no problem to get there and back from your hotel or Sant Central Station.

The jamboree is one of the more relaxed locations and is included Plaça on a carrer (street) - the dress code here is rather casual. So sneakers are not a problem 😉 However, boys are only allowed to go to the club from the age of 24, while girls from 18.

On two dance floors you can dance to techno, house and RnB or you can catch one of the evenings when bands play live. The exuberant atmosphere and the varied program attract both locals and tourists. If you want, you can also book a table. Prices start at 250 euros (including a limited amount of alcoholic beverages and soft drinks) for 5 people per table. (Free entry with the Shaz guest list) 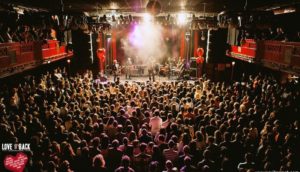 If you are looking for crazy, wild and the best parties in Barcelona, ​​come to the clubApolo (La Barceloneta) fully at his own expense. There is no fixed dress code, casual outfits are ok. The Apolo is all about partying and having fun. Mainly there is electronic music, but sometimes indie, post punk or rock can also be heard from the DJ. You can still book tables. The prices are upwards of 250 euros (including alcoholic beverages and soft drinks in limited quantities) for a table with five people.(Free entry with the Shaz Gueslist)

The club is not the typical chic shed like many others, so you should write this club in bold on your to-do list in the nightlife 😉 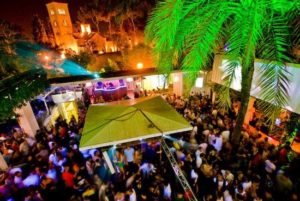 With the warm temperatures in Spain, you should definitely pay a visit to the club. The Open Air Club offers you a breathtaking view over Barcelona. Party in the open air to great house music and above all with beautiful people from all over the world. The best thing about this club is that it is not too big and you don't lose track of the partying and you can go to the bar by yourself. The majority of the audience are tourists - which isn't bad at first, but exudes an international charm.

The club offers an absolutely Spanish flair and the best conditions to get to know the nightlife! You pay a little more entry here than you probably planned, but it's worth it! Here you can also adjust to cool sounds and turn night into day 😉 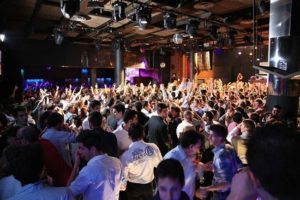 In the clubSala bikini you have the opportunity to turn night into day on four floors! All genres of music are represented here! Definitely treat yourself to a cocktail at the best bar! Super fruity and really tasty. The club is really big and known for its good sound system. Incidentally, the Sala Bikini is one of the oldest clubs in Barcelona's nightlife!

You don't have to worry about the music either: there is something for every taste in music. Whether it's hip-hop, techno, rock or EDM, the DJ's offer you everything here 😉 Check out the Sala Bikini, it's worth it !!!

The open-plan club is an indispensable part of Barcelona's nightlife. He offers you 5 different floors in an old factory hall. Cool right? A different style of music plays on every other floor. So there is something for everyone here, no excuses. The Razzmatazz also has a large roof terrace to get some fresh air.

Electric lovers in particular will get their money's worth here! The club has a great line-up. The drink prices are relatively cheap here, in contrast to other clubs in Barcelona.

The beautiful club is relatively small compared to others in Barcelona, ​​but it has its own very special charm. There are 2 floors where you can dance. Mainly Hip Hop, RnB and Spanish music are played here. Do you want to experience a nice party evening in BCN? Then Zutz is the place to be for you 😉

Above all, there are many tourists here and therefore many different nationalities. In the Zutz the prices are a bit more expensive, but you can get in here for free - just write on the Shaz guest list!

How are you coming to Barcelona in the summer of 2017?

How are your experiences in nightlife?

Write us your travel reports as a comment - we will be happy to share your stories and experiences!

Are you ready for Spain? 😉

Was the article helpful? Then rate it with 5 stars!