Can we believe in ghosts

Fear and horror: where does it come from when you're home alone?

The night is cold and damp. The wind howls around the building, heavy raindrops drum on the windows. It's warm and dry inside. Flickering candlelight fills the room with soft light. The television shows colorful, fast pictures while the news anchor softly delivers the headlines. You sip your wine, your eyes are on the screen. Suddenly your head flips around. You saw movement out of the corner of your eye. But there is nobody there. And how? After all, you're alone.

It is a phenomenon that must have happened to each of us. But why is this happening? Is there someone there after all? Or is our brain playing a nasty trick on us? Parapsychology, the scientific research of the paranormal or supernatural, seeks the answers to these questions and tries to answer them on a psychological and neurological basis.

"The first subject is called extra-sensory perception. This is an umbrella term that deals with skills such as telepathy, precognition and clairvoyance. Second, psychokinesis. Here one examines the influence that the human mind can have on an object: a spoon bends without being touched. The third specialty is communication with the dead, poltergeists and haunted people. " 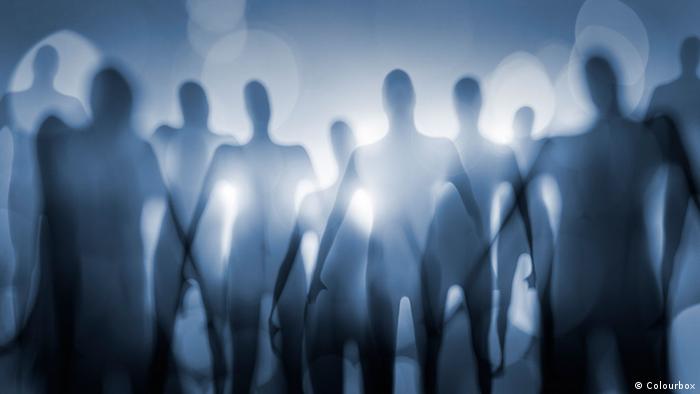 Ghosts arise first and foremost in one's own imagination

Parapsychology can also explain why you saw this inexplicable movement out of the corner of your eye. Although there are perhaps several explanations for this, the neuroscientific one is arguably the least uncanny: Our peripheral field of vision is formed by so-called rod cells, which have a much lower resolution than the cone cells in our central field of vision.

"If we think that we have seen a movement out of the corner of our eye, then it usually consists of an indefinable shape in black or white. Our rod cells cannot perceive any colors," explains O'Keeffe. "If there is an interpretation of the appearance, our brain tries to 'fill in the gaps'. This is called visual substitution. In the end, the brain tries to find a rational explanation for something we have seen or not seen. And this 'rational' explanation can also be a spirit ".

Whatever the reason, that brief moment when you thought someone was in the room was enough to put your body on alert. You breathe heavily, your heart is racing and the wine in your glass vibrates in time with your trembling hand. While some people hate this type of experience, others like the feeling of creep.

This is due to various neurotransmitters in our brain that are responsible for our fundamental flight or fight response. These neurotransmitters also include dopamine. It plays a big role in various emotions, such as excitement and joy. It also controls the reward system in our brain, which explains why some people like to be scared.

"The dopamine release in the brain is different for everyone, and that's why some people love spooky adventures and others feel completely terrorized," says O'Keeffe. "There is also a very complex psychological factor that is linked to early negative experiences with haunted houses and horror films." 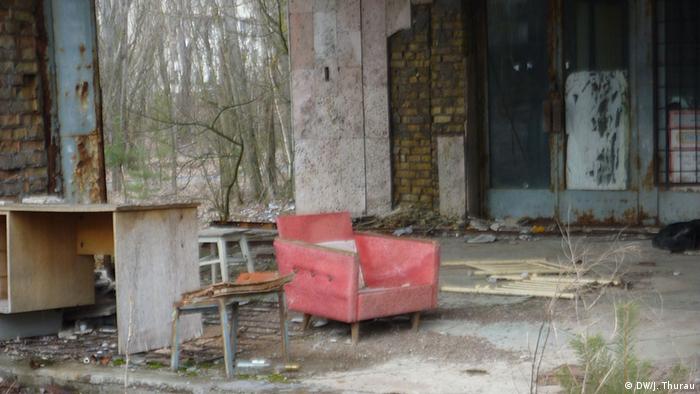 Creepy or morbid and romantic? An abandoned haunted house near Chernobyl

Dark and abandoned buildings have been used for decades to add the scary factor to horror films and crime thrillers. On the one hand they fascinate us, on the other hand they make us shudder.

This has an evolutionary background, say many psychologists. Because it makes perfect sense to avoid situations and places that could put us in danger or weaken us. After all, someone could be lurking in the dark hallway and the almost silent creaking of the floorboards and the slight flutter of the curtain could indicate another living being. Our body reacts with increased excitement and alertness so that we can flee or fight for the essential moment.

And because people have creative thoughts, they don't just expect everyday creatures, says O'Keeffe: "I think that has something to do with our imagination. In this dark, deserted place the most horrific place could be Demon waiting for us to attack us in the next moment. At least our imagination lets us believe it. "

The feeling of a presence

Our imagination also plays a big role when it comes to feeling a presence. Again, there can be a variety of explanations, but psychological and environmental factors are most likely the primary causes.

"The power of intimation is enough to make someone feel a presence. For example, you can tell someone that a building is haunted. Any natural occurrence is then misinterpreted and explained with something supernatural," says O'Keeffe. "A hint along with the imagination and belief in ghosts is a powerful combination to make someone feel a presence even when nothing is actually there."